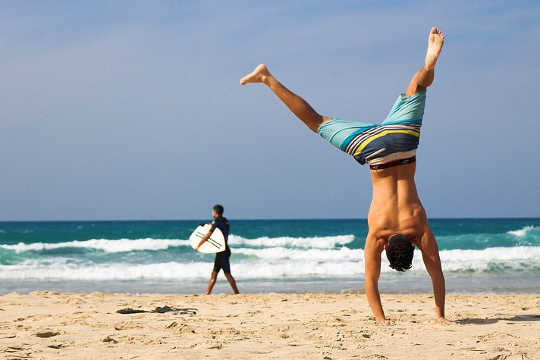 Europe is dealing with its “second wave” of COVID-19. And governments seem powerless to stem the tide. Dutch political leaders find it difficult to convince their citizens to wear face masks. A large majority of French voters think that Emmanuel Macron’s government has handled the pandemic badly. And Boris Johnson, Britain’s prime minister, is facing anger from all sides about the circumstances that led to a new English lockdown.

According to these leaders, the arrival of a second wave has nothing to do with their own policy failures, or poor communication. No, the numbers are rising because Europeans are freedom-loving people and it’s hard to make them follow rules. “It is very difficult to ask the British population, uniformly, to obey guidelines in the way that is necessary,” said Johnson for example, in response to criticism of his government’s testing policy. Similarly, in the Netherlands some were quick to attribute soaring infection rates to the fact that the Dutch are famously averse to being “patronised”.

The same explanation is often invoked to account for why Europe is doing significantly worse than countries in East Asia, where the disease seems more under control. According to some commentators, the authoritarian, top-down political culture of countries like China and Singapore makes it far easier to implement strict measures than in liberal Europe.

Singapore’s “effective crisis management”, for instance, was supposedly made possible by the fact that its government “has always wielded absolute control over the state, with an iron fist and a whip in it.” Conversely, many believe that a devotion to “individual liberty” doomed the west to its ongoing crisis. 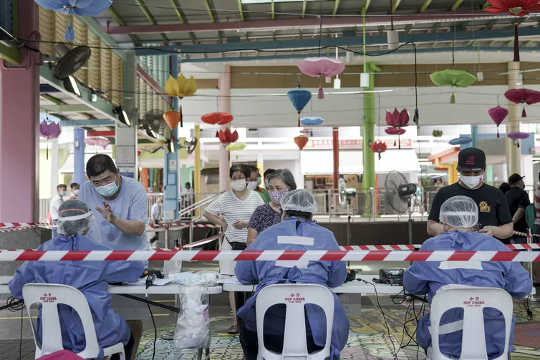 Is this true? Is a poorly functioning government indeed the price that must be paid for freedom? If that is the case, then perhaps we had better give up on liberty. After all, anyone who is dead or seriously ill does not benefit much from being free.

Fortunately, that’s a conclusion we needn’t draw. As history shows, freedom is quite compatible with effective government. Western political thinkers ranging from Herodotus to Algernon Sidney did not think that a free society is a society without rules, but that those rules should be decided collectively. In their view, freedom was a public good rather than a purely individual condition. A free people, Sidney wrote for instance, was a people living “under laws of their own making”.

Even philosophers such as John Locke, it is worth noting, agreed with this view. Locke is often portrayed as a thinker who believed that freedom coincided with individual rights, rights that should be protected at all costs against state interference. But Locke explicitly denied that freedom was harmed by government regulation – as long as those rules were made “with the consent of society”.

“Freedom then is not … a liberty for every one to do what he lists, to live as he pleases, and not to be tied by any law,” he wrote in his famous Second Treatise. “But freedom of men under government, is, to have a standing rule to live by, common to every one of that society, and made by the legislative power erected in it.”

It was only in the early 19th century that some began to reject this collective ideal in favour of a more individualistic conception of liberty.

In the wake of the French Revolution, democracy slowly expanded across Europe. But this was not universally welcomed. The extension of the right to vote, many feared, would give political power to the poor and uneducated, who would no doubt use it to make dumb decisions or to redistribute wealth.

Changing Your Energy: The Potential

Simple Rules To Make Your Memory Work Best For You

Hence, liberal elites embarked on a campaign against democracy – and they did so in the name of freedom. Democracy, liberal thinkers ranging from Benjamin Constant to Herbert Spencer argued, was not the mainstay of liberty but a potential threat to freedom properly understood – the private enjoyment of one’s life and goods.

Throughout the 19th century, this liberal, individualistic conception of freedom continued to be contested by radical democrats and socialists alike. Suffragettes such as Emmeline Pankhurst profoundly disagreed with Spencer’s view that the best way to protect liberty was to limit the sphere of government as much as possible. At the same time, socialist politicians such as Jean Jaurès claimed that they, and not the liberals, were the party of freedom, since socialism’s goal was “to organise the sovereignty of all in both the economic and political spheres”.

Only after 1945 did the liberal concept of freedom prevail over the older, collective conception of freedom. In the context of cold war rivalry between the “free West” and the Soviet Union, distrust of state power grew - even democratic state power. In 1958, liberal philosopher Isaiah Berlin, in a one-sided reading of the history of European political thought, stated that “Western” freedom was a purely “negative” concept. Every law, Berlin stated bluntly, had to be seen as an encroachment on freedom.

The cold war is of course since long over. Now that we are entering the third decade of the 21st century, we might want to dust off the older, collective concept of freedom. If the coronavirus crisis has made one thing clear, it is that collective threats such as a pandemic demand decisive, effective action from government.

This does not mean giving up our freedom in exchange for the protection of a nanny state. As Sidney and Locke remind us, as long as even the strictest lockdown can count on broad democratic support, and the rules remain subject to scrutiny by our representatives and the press, they do not infringe on our freedom. How to Turn Your Anxiety Into a Super-Power by Lama Palden Drolma
Loving-kindness and compassion are of utmost importance at this time for humanity. Love and…

Who Is The Real You: Have You Left Behind Your True Self For Your Professional Role?

by Michael Bianco-Splann
What does it mean to be a banker, lawyer, doctor, educator, not-for-profit leader, or any other…