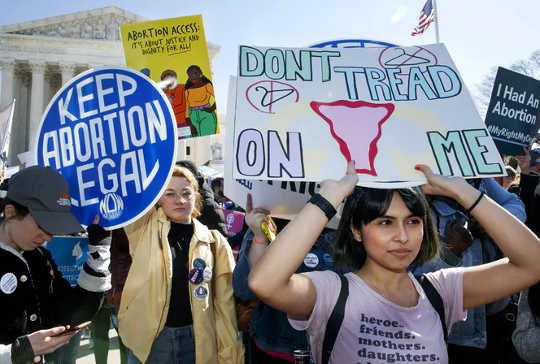 Many people are worried that the death of Ruth Bader Ginsburg puts protections of reproductive rights at increased risk in the United States. With a vacancy on the U.S. Supreme Court likely to be filled by a president and Senate favouring increased restrictions on these rights, the survival of Roe v. Wade — which ruled that the U.S. Constitution protects a woman’s liberty to have an abortion — is gravely threatened.

Public debate about abortion rights is likely to get heated. So it seems appropriate to revisit the moral arguments used to defend both the pro-choice and pro-life positions.

As an ethicist who researches moral beliefs, I examine the moral justifications people give for the things they believe. You likely already know where you stand when it comes to the morality of abortion. But I think going over the arguments supporting long-held views can show an overlooked inconsistency in the pro-life view. It’s an inconsistency that I am hopeful can lead people who are pro-life to support a woman’s right to choose. 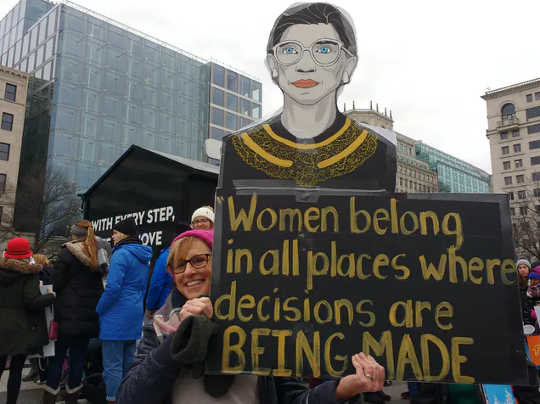 Ruth Bader Ginsburg was an associate justice of the U.S. Supreme Court, and a key figure in the women’s rights movement in the U.S. (Shutterstock)

But these two positions are not monoliths. Some people who are pro-life believe there are important exceptions regarding abortion. A moderate pro-life position says that abortion is generally morally forbidden, except in cases where the mother’s life is at risk, or when the pregnancy is caused by incest or rape. I’ll focus on the last of these exceptions here. Other pro-life defenders, who are more extreme, reject such qualifiers.

This difference is evident among U.S. Republicans. In May 2019, a coalition of pro-life activists urged the Republican National Committee (RNC) to oppose any exceptions for rape within newly passed abortion laws, because “the value of human life is not determined by the circumstances of one’s conception or birth.”

But in the same month, Donald Trump tweeted: “… I am strongly Pro-Life, with the three exceptions — Rape, Incest and protecting the Life of the mother …,” echoing a belief held by Ronald Reagan.

As most people know, and for those who would like to know, I am strongly Pro-Life, with the three exceptions - Rape, Incest and protecting the Life of the mother - the same position taken by Ronald Reagan. We have come very far in the last two years with 105 wonderful new.....

The moderate pro-life position is also widely shared among the general public. Nearly 75 per cent of Americans think that abortion should be permissible in cases of rape. Since Americans are nearly equally split between pro-choice and pro-life positions, we can assume that many people who are pro-life are among those who think that rape exceptions are justified.

While the moderate pro-life position has broad support among the general public, it receives very little attention from moral philosophers. In a recent paper, I have suggested that one reason for this surprising oversight is because the popular view is actually incoherent. But it is not for the reason stated in the letter to the RNC. Rather, bringing out the incoherency requires us to unpack the underlying moral justification for the view.

There seem to be three underlying claims for the moderate pro-life position. The first claim is: a fetus is a human being from the moment of conception, or else at some point during gestation.

The moral point here is that human beings have a right to life, and because a fetus is a human being it too has a right to life. Many people who are pro-choice might deny this claim, but let’s accept it for the sake of argument.

The second underlying claim is: a right to life is stronger than, or outweighs, a right to bodily autonomy.

As we saw above, this is the weighing claim familiar to pro-life positions. It says that a right to life is morally weighty enough to tilt away from a right to bodily autonomy.

And the third underlying claim is: abortion is permissible for a pregnancy caused by rape.

With the three claims on the table, what we can notice is that the third claim is an excusing condition on the second claim. The idea here is that while a fetus’s right to life normally outweighs a mother’s right to bodily autonomy, when the fetus is conceived as result of rape abortion becomes permissible. And that means that the moral justification for the moderate pro-life positions stems from the type of act that rape is. Rape is of course an extreme violation of someone’s autonomy.

Once we put in the work to unpack the moderate pro-life position, we see that it makes an appeal to the moral significance of bodily autonomy. Crucially, it does this while attempting to explain why the act of rape excuses the ordinary weighting of life over autonomy. But this is incoherent. It says that life is more important than autonomy, except when autonomy is more important than life.

Some might think that realizing this inconsistency should push moderate pro-lifers to a more extreme position. But I think that the hard part is convincing someone that autonomy considerations have any relevance regarding reproductive ethics. People who accept the moderate pro-life position are already sympathetic to this point. I believe they can come around to thinking that the law should respect the importance of autonomy more broadly.

How To Awaken on Your Path and Dare To Be Yourself

by Alan Cohen
As individuals, nations, and a planet, we have forgotten where we have come from, who we are, and…

Letting Your Emotions Help You Create the Results You Desire

by Sandy C. Newbigging
Befriending your feelings can help you to enjoy greater physical health and life success. Emotions…

Transform Your Life by Exploring and Changing Your Current Story

by Carl Greer PhD, PsyD
Many of us look back and wish that we had spent more time doing what we enjoy and less time doing…

by Kathryn Hudson
Sometimes we choose crystals, but at other times it would appear that they choose us! The Universe…