Why Being Good At Math Is Important To Your Everyday Life 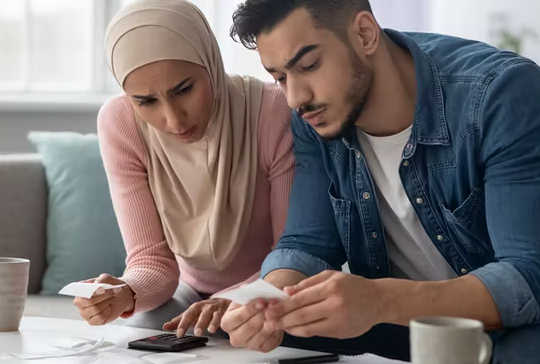 Even college-educated adults can still struggle with numbers. Prostock-Studio/iStock via Getty Images

Our analyses also indicate that staying in school longer is related to better number ability. People with a high school degree tend to be better with numbers than people without a high school degree. And college graduates do even better. But even among college graduates there are people who are bad with numbers – and they struggle more financially. 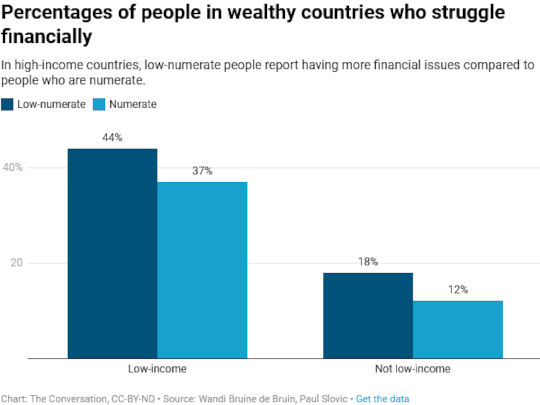 Of course, being good with numbers is not going to help you stretch your budget if you are very poor. We found that the relationship between number ability and struggling to make ends meet holds across the world, except in low-income countries like Ethiopia, Somalia and Rwanda. 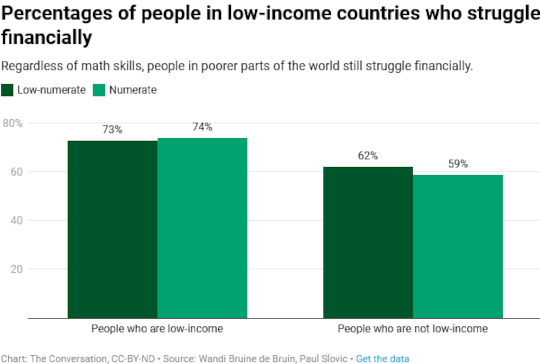 Why Being Good At Math Matters

The ability to understand and use numbers is also called numeracy. Numeracy is central to modern adult life because numbers are everywhere.

People who are bad with numbers are less likely to make good financial decisions. Individuals who can’t compute how interest compounds over time save the least and borrow the most. People with poor numerical skills are also more likely to take on high-cost debt. If you’re bad with numbers, it is hard to recognize that paying the US$30 minimum payment on a credit card with a $3,000 balance and an annual percentage rate of 12% means it will never be paid off.

What Still Isn’t Known About Being Bad At Math

It is clear that people who are bad with numbers also tend to struggle financially. But we still need to explore whether teaching people math will help them to avoid financial problems.

What’s Next For Math Competency

In her book “Innumeracy in the Wild,” Ellen Peters, director of the Center for Science Communication Research at the University of Oregon, suggests that it is important for students to take math classes. American high school students who had to take more math courses than were previously required had better financial outcomes later in life, such as avoiding bankruptcy and foreclosures.

Successfully teaching numeracy also means helping students gain confidence in using numbers. People with low numerical confidence experience bad financial outcomes, such as a foreclosure notice, independent of their numeric ability. This is because they may not even try to take on complex financial decisions. All The Coronavirus In The World Could Fit Inside A Coke Can, With Plenty Of Room To Spare by Christian Yates, University of Bath
It should come as no surprise that the first recorded use of the number zero, recently discovered… 4 Easy Steps Can Make You A Math Whiz

by Jennifer Ruef, University of Oregon
What do you think of when you think about mathematics? Many people find mathematics daunting. If…