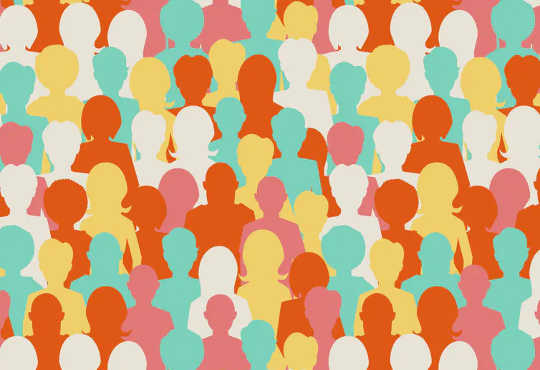 Forced contraception in exchange for aid is the solution.

The problem is that there are too many of us.

COVID-19 is nature’s way of dealing with the situation.

These comments are among the most popular responses recently published in the Sun in response to an article by the broadcaster David Attenborough on the climate crisis. But don’t be fooled into thinking the same scapegoating can’t be found below the line in a more progressive newspaper such as the Guardian – even if the racism is less explicit.

A larger population does make it harder to treat the environment in the right way. But there’s no quick fix, as even the most conservative projections suggest a global population of over 8 billion by 2050.

Fortunately, in new research we found that using 60% less energy than today, decent living standards could be provided to a global population of 10 billion by 2050. That’s 75% less energy than the world is currently forecast to consume by 2050 on our present trajectory – or as much energy as the world used in the 1960s. 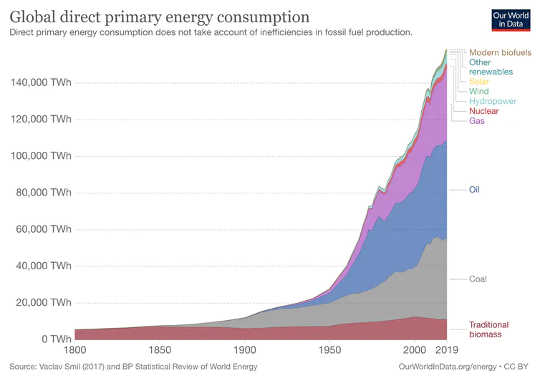 Global north countries like the US and Australia currently consume the most energy per person. But this could be slashed by 90%, while still guaranteeing decent living standards for all. And the remaining energy requirements could likely come from clean, renewable sources.

Achieving such a world requires radical action on all fronts, including the mass rollout of the best technologies available: the most energy-efficient buildings, vehicles, appliances and lighting systems, along with the most advanced facilities to produce and recycle all the necessary materials.

It also requires drastically reducing how much energy and resources some people consume. There’s no longer room for second homes, second cars, 20 minute power showers in the second bathroom, biannual upgrades of electronic gadgets, new shoes for every season, or plates piled high with red meat seven nights a week.

We’d need to rein in the excessive consumption levels of the affluent to raise the living conditions of the 3.5 billion people living on less than USD$5.50 a day. In other words, we need to flatten global and national inequalities. In our study, we allowed for inequalities in energy consumption to persist only where need dictates. In especially cold or hot climates, more energy is needed for heating and cooling. In sparsely populated countries, people need to travel more to meet their needs.

But what do we mean by decent living? The notion we use is a far cry from that defined by consumer culture. But it’s a long way from anything resembling poverty. There’d be adequately sized housing that maintains a comfortable temperature year-round, with clean, running hot water. A washing machine, fridge-freezer, laptops and smartphones in every home. Enough hospitals and schools to guarantee universal access, and three times as much public transport per person as is currently provided in the world’s wealthier countries. 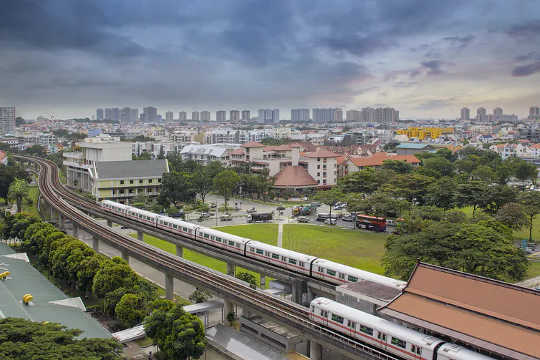 Clearly, when people argue that environmentalists want a return to us all living in caves, this isn’t what they have in mind. That, or they’re imagining rather luxurious caves. The major reductions in consumption necessary don’t present barriers to anyone achieving a high standard of living. Solving the ecological crisis doesn’t have to be the attack on modern living that many fear.

But it does represent an attack on modern life in many other ways. This vision can’t be reconciled with a system that requires permanent growth in economic output to maintain employment levels, or one that incentivises shifting factories to places where rampant ecological destruction is inevitable and wages are barely sufficient for basic subsistence.

Ecological breakdown isn’t the only 21st-century challenge that capitalism seems ill-equipped to face. Fears abound that artificial intelligence and automation will bring mass unemployment, spiralling inequalities, even biological castes of superhumans. A world of decent living standards using minimal energy requires flattening global inequalities. But these developments promise to push us precisely the other way.

Like it or not, change is coming. We may see the entirety of Uber replaced by self-driving vehicles, and robotic factories producing an abundance of synthetic meat. Even large fractions of healthcare and legal work are likely to be outsourced to algorithms fed by torrents of globally sourced data. All this alongside a rapidly ageing population, requiring increasing amounts of care.

Can business as usual cope? In an increasingly automated future, no work means no wages – who’ll then buy all the stuff automated factories produce? It may seem unthinkable, but increasing economic activity enough to keep a world of 10 billion employed nine-to-five alongside all that automated production would mean the planet would almost certainly be toast.

In a new world of intelligent machines doing much of the work, looming environmental limits and an increasing fraction of the population too old to work, wages and money may cease to make sense. We’ll need to totally rethink our systems of ownership and distribution.

And why not? The technologies underpinning automation are an outcome of hundreds of years of human ingenuity (and blind luck). Why should the benefits be captured by a minority of super-rich owners?

Universal basic services – including the public provisioning of housing, healthcare, education and transport among other things – may be needed to meet the basic needs of everyone. This could provide the basis for decent living in a world with less work, allowing people the time to undertake all the unpaid care work required to support children, the mentally ill and, increasingly, the elderly.

We’re a long way from utopian visions of luxury for all, but providing decent living standards to all is already technologically possible. When the alternative is ecological catastrophe and social breakdown, aspiring to such a world seems not only desirable, but essential. What Works For Me: Acknowledging My Choices

by Marie T. Russell, InnerSelf.com
There are many things in life that can make our existence easier or more difficult. A huge factor…

by Robert Jennings, InnerSelf.com
It seems that extreme weather is becoming more extreme and increasingly common. We can't pick up…