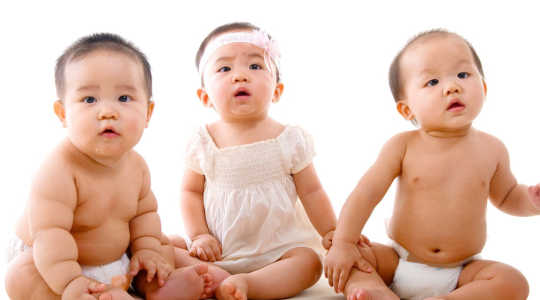 Any children born of genome editing are genetic mosaics with uncertain resistance to disease. (Shutterstock)

The media is buzzing with the surprise news that a Chinese researcher, Jainkui He, has created the world’s first genome-edited twins. Prof. He did this, ostensibly, to provide resistance to HIV, the virus that causes AIDS.

Prof. He, reportedly working with former Rice University supervisor Michael Deem, capitalized on work in 2012 by Jennifer Doudna and Emmanuel Charpentier, who introduced a new and easier way of altering the DNA of human and non-human organisms using CRISPR-Cas9 technology. Prof. He also built upon the work of molecluar biologist Feng Zhang, who optimized this genome editing system for use in human cells.

Prof. He’s claim moves human germline genome editing from the lab to the delivery room — something other scientists might have been thinking about despite ethical concerns.

The scientific community has expressed widespread condemnation of Prof. He’s decision to initiate a pregnancy using genetically modified embryos — as “dangerous, "irresponsible” and “crazy.” What if mistakes are made? How can we be sure this powerful technology will benefit humankind? Are we ready for the consequences of genetically engineering our own evolution?

We argue that we cannot allow individual scientists to decide the fate of the human genome. Heritable human genome editing poses a significant existential threat because changes may persist throughout the human population for generations, with unknown risks.

We must commit to inclusive global dialogue — involving experts and the public — to develop broad societal consensus on what to do with genetic technologies.

Prof. He announced to the world that he edited the genome of human embryos for seven couples using CRISPR-Cas9 technology. According to Prof. He, two of these embryos resulted in a pregnancy, and twin girls (Lulu and Nana, which are pseudonyms) were born.

Jainkui He explains why his lab edited the genome of twin baby girls, Nana and Lulu, when they were embryos:

The goal of the editing was to confer resistance to HIV by modifying the CCR5 gene (the protein doorway by which HIV enters human cells). Prof. He claims that these edits have been verified in both twins and this data has been looked over and called “probably accurate” by George Church, a world-renowned Harvard geneticist.

Evidence suggests, however, the procedure was unnecessary, is unlikely to provide benefit and could even cause harm. Although the father of Lulu and Nana was HIV positive, it is unlikely that he would have passed this disease to his children using standard IVF procedures.

The children born of genome editing are genetic mosaics with uncertain resistance to HIV and perhaps decreased resistance to viral diseases like influenza and West Nile. This is because the CCR5 gene that Prof. He disabled plays an important role in resistance to these diseases.

As well, there is the possibility of unintended mutations caused by the CRISPR procedure. These health risks cannot be overstated, as the repercussions for these twin girls, in terms of their susceptibility to infectious diseases or cancer will likely be a cause for concern throughout their lives.

Another uncertain consequence for the twins concerns their reproductive health and freedom. As they approach reproductive age will they face the possibility of “forced” sterilization to prevent their edited genes being passed on to future generations?

The Southern University of Science and Technology in Shenzhen, China, where Prof. He is employed (currently on leave from February 2018 to January 2021), has distanced itself from the researcher and will form an independent international committee to investigate the widely publicized, controversial research. 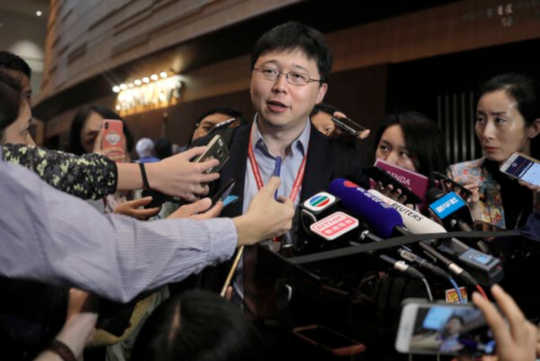 Rice University, where Michael Deem is employed, has also said they will investigate.

The Shenzhen HarMoniCare Women’s and Children’s Hospital launched an inquiry into the validity of the ethics documents provided by Prof. He documenting research ethics approval.

Importantly, the ethics approval was only uploaded to the Chinese Clinical Trial Database on Nov. 8 as a retrospective registration — likely around the time that the twins were purportedly born.

With the Genetic Genie out of the bottle, we have to ask whether we need any more time to reflect on the ethics?

A just and fair society is one with less disparity and more justice. A predictable consequence of allowing (nay, encouraging) individuals to genetically modify their children will be greater disparity and greater injustice — and not only because of limited access to genome editing technology.

Of significant concern is the inevitable increase in discrimination, stigmatization and marginalization as powerful scientific and corporate elites decide which traits are desirable and which traits are not.

Although Prof. He disavows any interest in so-called “designer babies” whose parents have chosen their children’s eye-colour, hair-colour, IQ and so on, we are forced to contemplate such a “eugenic” dystopian future should we continue down this path.

The human genome belongs to all of us. As such, we need to commit to the hard work of making good on the 2015 admonition by the Organizing Committee for the International Summit on Human Gene Editing to work towards “broad societal consensus” on how we should proceed with, or not proceed with, editing it.

In this regard it is heartwarming to have Feng Zhang call for a moratorium on implantation of edited embryos and remind his scientific colleagues that “in 2015, the international research community said it would be irresponsible to proceed with any germline editing without ‘broad societal consensus about the appropriateness of the proposed application.’” Dreaming Our Way to the Heart of the World

by Robert Moss
In my brighter vision of what is to come, our society will be guided by dream helpers. Their…

by Alan Cohen
When a woman in a certain African tribe knows she is pregnant, she goes out into the wilderness…

Are You Holding Yourself Back From Expressing Your True Self?

by Marie T. Russell
We have repressed a lot of our emotions, whether they are considered 'good' or 'bad' ones.…