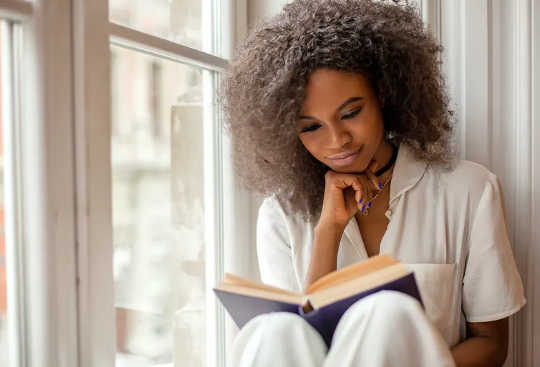 People have sought more security and safety in their reading. Andrii Kobryn/Shutterstock

During times of crisis, people find themselves faced with lifestyle changes. One of the earliest and most noticeable changes seen during the COVID-19 lockdown was how we consume media — and especially how we read.

People tend to find comfort in certain books, and reading habits and genre preferences can change during periods of stress. This helps to explain why much genre fiction has roots in times of significant social, political or economic upheaval. Gothic literature is, in part, a British Protestant response to the French Revolution (1789-99).

Science fiction, which emerged as a genre around the fin de siècle, was galvanised by both the industrial revolution and the theories of Charles Darwin. The hard-boiled detective story, which appeared in the 1930s, takes its cues from the privations of the great depression.

While it’s still relatively early to see the influence of the coronavirus and the lockdown on creative industries, there were some striking patterns in media consumption in the early part of the pandemic. Books about (literal and metaphorical) isolation, like Sylvia Plath’s The Bell Jar and Gabriel García Marquez’s novels One Hundred Years of Solitude and Love in the Time of Cholera were among those that saw a big rise in sales. (Beyond books, horror flourished; in particular, films about global pandemics such as 28 Days Later, Contagion, and Outbreak were among the highest rentals on streaming services.)

In view of these patterns of changing reading habits during times of upheaval and signs that such changes were happening during COVID-19, our team decided to research reading habits among the UK public. We were particularly interested in the following questions about the effects of the pandemic:

As many as 860 participants took part in our online survey, which was advertised through social media. Our findings show that the COVID-19 lockdown changed not only how people read during times of stress, but also what people turn to for comfort or distraction.

Respondents generally reported that they were reading more than usual. This was largely due to having more free time (due to being furloughed, or not having a commute, or the usual social obligations or leisure activities). 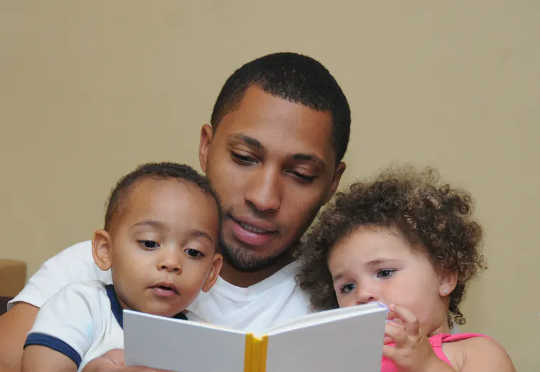 Those who were caring for children reported they spent more time reading with children. rSnapshotPhotos/Shutterstock

This increased reading volume was complicated for those with caring responsibilities. Many people with children reported that their reading time had increased generally because of their shared reading with children, but had less time than normal for personal reading.

Despite the early figures showing spikes in interest for content about pandemics and isolation, it appears that people quickly tired of these topics. Many respondents sought out subject matter that was at least predictable, if not necessarily comforting. Many found solace in the “security” of more formulaic genres (whodunnits and other types of thrillers were often cited). Others found themselves significantly less picky about genre than they were before the lockdown: they read more, and more widely.

Many found the lockdown to be a great opportunity to explore things they didn’t normally have the time or desire to read (like hefty classics that seemed too dull or heavy to bring on a commute) or to fill other gaps in knowledge (the protests over police brutality and racism were cited frequently as the catalyst for many readers seeking out more texts by non-white authors).

Much as with the choice of genre, readers generally fell into two camps: those that read for exploration and those that re-read for safety. The re-readers found solace in previously read books: familiar plots and known emotional registers helped stressed-out readers avoid suspense and surprises.

Unsurprisingly, lockdown also made re-reading a physical necessity for some. Some respondents noted how they were unable to visit the library or browse at the bookshop for new books. Others reported that they simply wished to save money. On the other hand, the participants who reported re-reading less than normal during the lockdown period wanted to use their newfound time to seek out new topics and genres.

The two groups also drew on different metaphors to describe their experiences: some of the non-re-readers talked about time as a commodity (for example, valuing reading something new), while the re-readers discussed the ability to travel easily, and with little effort to familiar places, characters and experiences.

Our research shows that the lockdown really did affect the reading habits of those who took part in our survey. But what might be the longer term implications of the lockdown on how and why we read? And what might happen given the possibility of a second lockdown? It remains to be seen if and how the pandemic might be responsible for continuing changes in our relationship with books. How to Create Better Blueprints for Your Present and Future

by Noelle Sterne, Ph.D.
Our words reveal to everyone what we’re feeling and thinking. Our favorite expressions reveal what…

by Robert Jennings, InnerSelf.com
When comparing notes with a neighbor I stated we are ordering more and more from Amazon. She on the…

Communicating with Animals: Why and How

by Diane Budd
First, let’s establish why we would want to talk to animals. People all have their own reasons, but…