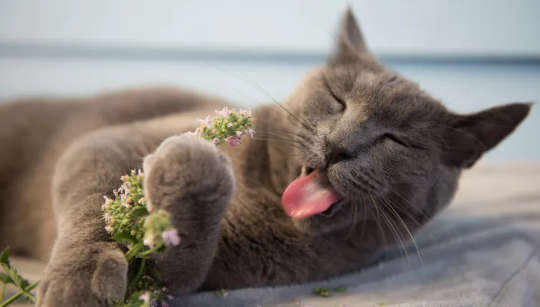 There are many valid theories to explain the global appeal of cats, including our obsession with watching videos of them online. In terms of cats’ pure entertainment value, however, our fascinations are probably attributable to their seemingly endless repertoire of bizarre behaviours.

From being able to “trap” your cat by simply drawing a square around them, to cats seemingly freaking out when presented with a cucumber (I don’t condone this latter activity on cat welfare grounds), our feline companions are as entertaining as they are perplexing.

When it comes to their seemingly weird reactions to things, their response to an unassuming plant belonging to the mint family is no exception.

Nepeta cataria, or more commonly known as catnip is a plant native to parts of Europe and Asia that is well known for its cat-attracting (and craze-inducing) properties among domestic cats and several other (non-domesticated) felids, including lions, leopards and jaguars. Responses to catnip typically include sniffing, licking, biting, rubbing or rolling on the plant, head shaking, drooling, vocalising and even kicking with the hind feet.

Catnip’s status as kitty kryptonite is due to a specific chemical compound called nepalacatlone that the plant naturally releases when its leaves or stem are bruised. This chemical is thought to bind to protein receptors within the cat’s nose which then stimulate sensory neurons that lead to changes in brain activity.

These mind-altering affects can typically last between five and 15 minutes, although some cats will respond much more intensely and for longer than others. Interestingly, the ability to respond to catnip is thought to be heritable, with around one in three adult cats seemingly immune to its effect.

However, other scientists argue all cats may possess the ability to react to catnip, but that some are active and others more passive responders, with differences in intensities of reactions influenced by their age, sex and neuter status.

Is catnip a drug for cats?

Many cats are certainly very attracted to catnip and will actively seek it out in their environment. For these reasons, catnip is often used (in its dried form) to encourage cats to use their scratching posts – as opposed to the arm of our expensive new sofa. It’s also commonly placed within cat toys or planted in gardens as a source of enrichment for cats.

In humans, smoking catnip has been described as inducing sensations akin to those of marijuana or LSD. It’s possible that cats may experience similar effects, although their brains are not quite the same as ours, so their “trips” might feel a little different to them.

However, a recent study indicates that exposure of cats to nepalactalone leads to increases in a peptide hormone associated with pleasure. This suggests that catnip could have some pretty powerful feel-good properties for kitties.

Interestingly, the authors also found that cats covered in nepalactalol were less likely to be bothered by mosquitoes. This provides a suitable evolutionary explanation for cats’ innate attraction (and reaction) to the plant - covering yourself in catnip might feel really good, but also help keep those pesky insects at bay. 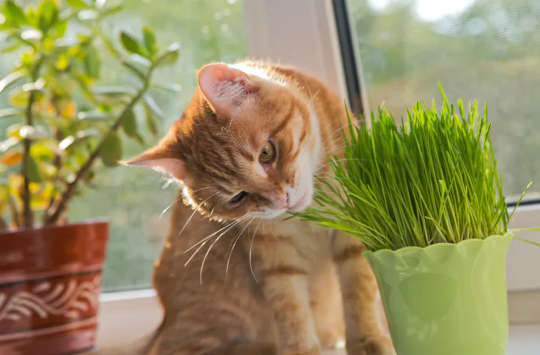 Around a third of cats are immune to catnip’s effects. Shutterstock/Okssi

Is it cruel to give a cat catnip?

Although evidence suggests catnip does have pleasurable side-effects, not everything we like – or are at least attracted to – is good for us. The heightened arousal and altered state of consciousness that probably occurs among active responders may not always be a welcome experience.

In situations where cats feel anxious, unsure or not fully in control, they tend to seek out sources of safety rather than stimulation. Under these circumstances, the last thing cats probably want is to go on some sort of mind-bending hallucinogenic trip.

While it may certainly be fun for us to watch their catnip-induced antics, we should think carefully about if we are doing this for the cats’ benefit, or simply for our entertainment. We should also avoid disturbing or trying to stroke cats that are under the influence, and ultimately, cats should always be allowed to say no.

If we want to give cats catnip, it’s best that we place it somewhere quiet, away from their core areas in the home – avoid locations where they usually eat and sleep – and let them decide if they feel like taking a hit, in their own time.