Three Ways Our View Of Animals Shapes Our Connection To Them 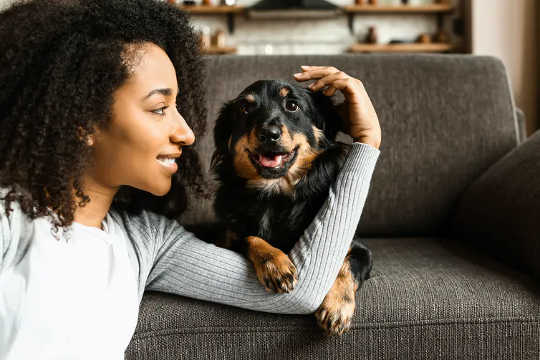 Human-animal bonds can have beneficial impacts on society. (Shutterstock)

One of the consequences of the current coronavirus pandemic is that it has brought us face-to-face with our own mortality. Not only are we vulnerable to disease, but we can also share diseases with other animals.

This reality can be threatening, but it can also open up an understanding of ourselves that research is just beginning to focus on. From a biological point of view, humans are animals. However, people differ in how they think of themselves as an animal and identify with other animals.

Emerging research in social psychology is showing that people can identify with other animals, and that we do so in three different ways. As social psychologists, our research considers the ways in which we understand human-animal relationships, and how this can affect our interactions with animals and each other.

First, we can feel solidarity with animals, which represents people’s psychological bond with, and commitment to, other animals.

Someone who feels high solidarity with animals would agree with the statement: “I feel committed to animals.” This person would also be more likely to feel personally invested in the well-being of animals and to engage in actions that take animals’ welfare into account. In empirical studies, solidarity with animals predicts more positive attitudes and behaviours toward animals, even when this implies a loss of resources — like donations to charities — for humans relative to animals. 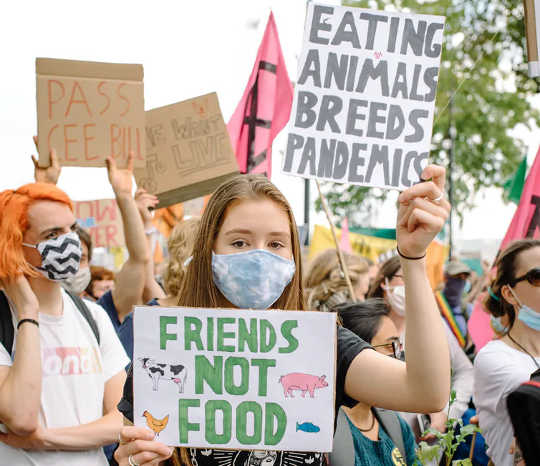 Given that solidarity with animals requires people to think inclusively and in a flexible way, it also predicts the tendency to project human thoughts and feelings onto non-human animals, a phenomenon called anthropomorphism. Solidarity with animals is higher among two groups of people who can be particularly concerned by the needs and plight of animals: pet owners and vegetarians.

Second, people can identify with animals by recognizing that all animals, including humans, have a lot in common; this is referred to as “human-animal similarity.”

Someone who feels strong human-animal similarity would agree with the statement: “Animals, including human animals, have a lot in common with each other.” This person would also believe that animals are quite close to humans, for example, in terms of our intelligence and sensory abilities.

While this way of identifying with animals is quite abstract, it can have concrete repercussions. As an example, organizations that advocate in favour of animals’ rights use strategies that make salient the similarities that exist between animals and humans so as to motivate people to act on behalf of animals.

In our research, we found that the higher people’s perceptions of human-animal similarity, the more likely they are to consider that animals have characteristics that are typically reserved for humans, such as rationality, advanced reasoning abilities and civility.

And because bringing animals closer to humans in our minds also makes them more deserving of our concerns, these perceptions of human-animal similarities predict higher moral consideration for the animals that we eat, and higher support for the rights of animals in captivity. 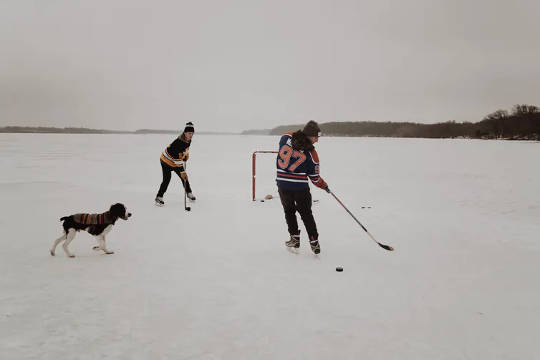 Proud to be an animal

Last but not least, people can have animal pride and identify with animals by feeling proud to be an animal.

A person who feels high animal pride would agree with the statement: “I am proud to be an animal.” This person directly recognizes being part of the animal kingdom and values being a member of this category.

Because labelling humans as animals can have negative connotations such as dehumanizing others by likening them to animals, animal pride is associated with negative outcomes, both for animals and for humans. Specifically, animal pride predicts a lower desire to help animals and higher speciesism, a negative attitude towards other animals that involves agreeing with the use of animals for human purposes, such as experimentation.

Furthermore, the more people are high in animal pride, the more likely they are to endorse competitive and hierarchical beliefs about how human groups should be organized within society — a dog-eat-dog world view.

These reactions could be due to the fact that people who feel a strong pride to be an animal may also endorse a view of animals as aggressive and motivated to defend their own territory, and to apply these characteristics to humans and to themselves.

This perception that animals are impulsive and territorial may actually represent a stereotype that humans have of other animals. Indeed, research conducted in ethology shows that animals can feel empathy, and that animals that are in positions of dominance can display behaviours that denote a great sense of responsibility and altruism.

On the whole, these discoveries confirm that people can identify with other animals in different ways, and that these forms of identification have distinct repercussions, not just for human-animal relations but also for our relations with fellow humans.

More research is needed to capture the rich and sometimes complex psychological processes that are at play in our relations with other animals.

Understanding the many ways by which we relate and connect to animals could potentially inform how we can create more inclusive societies, both for non-human animals and for humans.