Helping Plants Fight Off Pathogens By Enhancing Their Immune Systems 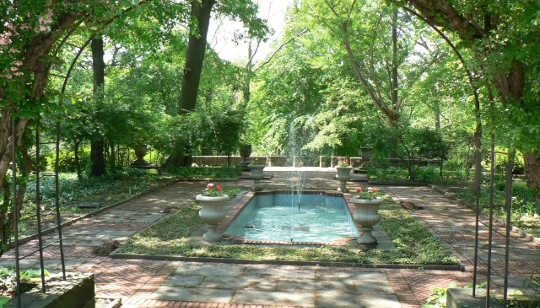 Civilization as it is known today could not have evolved, nor can it survive, without an adequate food supply. – Norman Borlaug

Most people have never heard of Norman Borlaug. He is, thus far, the only agricultural scientist ever to win the Nobel Peace Prize. His work in the development of high-yielding and disease-resistant cereal crops saved more than one billion (yes, billion) people from starvation.

Though he uttered these words nearly 50 years ago, his message could not be more relevant today. We live in a world that is expected to exceed nine billion people by around 2050, and currently, some 800 million people do not have enough food to live a healthy and active life.

The United Nations Food and Agriculture Organization projects that we need to increase food production by at least 70% to accommodate this surge in population growth. This is a daunting task, made even more difficult by the fact that nearly 20% of the global harvest is lost to plant diseases. One of the most efficient ways to combat these diseases is through chemical control – the application of pesticides. However, pathogens can quickly develop resistance to pesticides, which can then require ever higher usage to maintain production. There are also environmental and health concerns associated with the application of potentially toxic chemicals to fields.

A novel area of research in the war against pathogens focuses on enhancing the plant’s natural immune system. If a plant can fight off an infection on its own, we can reduce the amount of pesticides needed. Similar to how children are vaccinated to protect against future diseases, plant pathologists are using the same methodology to “immunize” plants against pathogens, with the goal of strengthening their immune defenses against invaders. This method of priming plants' immune systems could be a safe and effective way to save some of the global harvest currently lost to diseases. 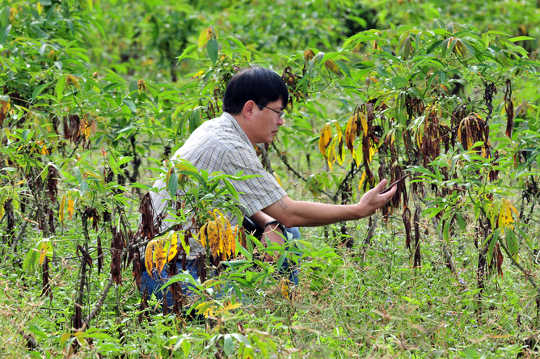 Plants are naturally exposed to a variety of pathogenic microbes, such as bacteria, fungi and viruses. In contrast with human beings, who have the ability to physically evade infections, plants are immobile. Therefore, every cell in the plant must defend itself against attack. Plants have a multi-tiered immune system that helps them fight off these microorganisms. It works in a manner very similar to the human immune system.

Plants detect pathogens by recognizing microbial “patterns.” These are unique characteristics of the type of microbe (think bacterial flagella) that the plant has evolved to recognize as “non-self.” We can equate this capability to the recognition of antigens by the human body, which induces an immune response. Unfortunately, pathogens continuously evolve to evade recognition, typically by shielding or disguising these patterns. This ability allows them to colonize a plant’s cells before it can mount an effective immune response.

One of our major research goals is to harness these patterns to prime the plant immune system, creating enhanced protection against pathogenic microbes, in lieu of traditional chemical control methods.

The principle of “defense priming” is very similar to how we develop vaccines to treat human diseases. A vaccine works by acting as a pathogen impostor. It tricks the immune system into thinking it’s being attacked, which stimulates defense responses, such as the production of antibodies. This creates a defense memory, allowing the immune system to remember a particular pathogen if the body encounters it in the future. It can then respond swiftly and robustly, thanks to its primed memory from the vaccine.

We can apply this same principle to a plant-pathogen relationship. For example, once we’ve identified a pathogen’s pattern of interest, we work to isolate and purify it. This step is like manufacturing the vaccine. We can then inoculate the plant with the purified pattern – for instance, by injecting it into the stem or leaves with a syringe. The goal is to stimulate the plant’s natural immune response, resulting in a faster and/or stronger defense response the next time the plant encounters that pathogen.

We’re basically ensuring that the plants are prepared for battle before the enemy attacks. Primed plants display enhanced tolerance to infection, which is often characterized by fewer symptoms and reduced pathogen populations within the plant. Although primed plants haven’t yet been implemented on a large-scale basis in commercial agriculture, scientists are actively conducting research on the use of defense priming in both greenhouse and field settings for protection against bacteria, viruses and fungi.

My own research focuses primarily on the use of defense priming for protection against a bacterial pathogen called Xylella fastidiosa that affects the multi-billion-dollar wine, table and raisin grape industries. It causes Pierce’s disease, which costs the state of California over US $100 million annually in crop loss expenses and efforts to treat it. There is currently no cure for the diseases caused by this plant pathogen, but our goal is to utilize defense priming to vanquish it. 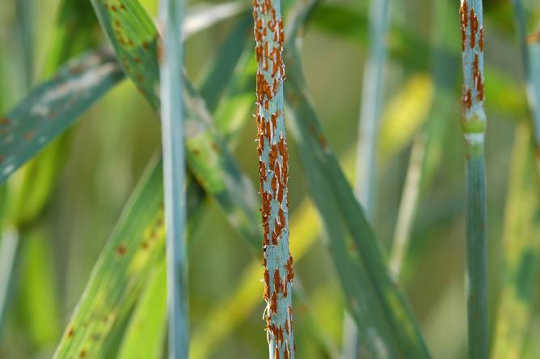 In contrast with the human immune system, in which defense responses are specific to a particular germ, the effects of priming in plants are broad-spectrum, protecting the plant against a wide range of diseases and insect pests.

Another major benefit of defense priming is that there is little to no reduction in plant fitness – plants still grow and reproduce normally. This is a critical advantage in commercial agriculture, where success is contingent upon high yields.

Furthermore, the primed state is durable and can be maintained long after the initial stimulus. Current research has also shown that plants can pass on this defense memory to their progeny, providing multigenerational protection without any genetic modification.

Further research is needed to improve our understanding of the molecular mechanisms behind this phenomenon, but defense priming looks likely to be a valuable and promising tool in the future of sustainable agriculture.

Jeannette Rapicavoli is PhD Candidate in Plant Pathology at University of California, Riverside. My research focuses on the molecular basis of the host-pathogen interactions of plant pathogenic bacteria residing in the xylem, or water-conducting tissue of the plant vascular system. Specifically, I work with a bacterial pathogen that causes severe diseases in grapevine and citrus, among other economically important plant hosts. Currently, my research has highlighted the role of bacterial cell surface polysaccharides as elicitors of the plant innate immune system. by Marco Todesco, University of British Columbia
Flowers are one of the most striking examples of diversity in nature, displaying myriad…