Most Shoppers Go To 6 Grocery Stores 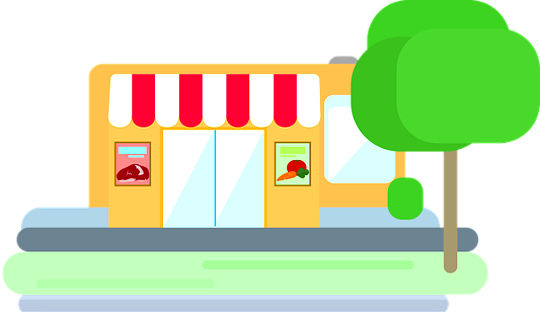 Most shoppers—a whopping 83 percent—regularly visit between four and nine chain stores within a year to purchase groceries, a new study shows.

Categories such as dessert toppings, motor oil, candles, and refrigerated foods from specific cultures are some of the products that lure customers to separate stores, according to the research.

Of 1,321 households studied, only 12 stayed loyal to just one store. More than half, at 51.1 percent, went to an average of five to seven different stores. Eighty-eight households, or six of every 100, went to 10 or more.

Using tracked data from a vendor utilizing a swipe card akin to a loyalty card, researchers parsed more than $1 million worth of shopping transactions over 53 weeks involving 248 types of products sold at 14 retail chain stores in a large metropolitan market. The findings appear in the Journal of Retailing.

“Store loyalty was pretty much a given in grocery retail, says senior author Seethu Seetharaman, professor of marketing at the Olin Business School at Washington University in St. Louis and director of the Center of Customer Analytics and Big Data.

“Then there is a group of choosy consumers who stop at many stores, shopping for bargains or certain brands or products. They’ve been called ‘cherry pickers.'” Often, those folks were associated with coupon shoppers.

“That made us do a deeper dive, and we found that people aren’t as store-loyal as we thought,” Seetharaman says. “Clearly, people are polygamous. The majority of people are shopping at six grocery stores.”

Many stores, many reasons

Consumers tend to shop multiple stores for multiple reasons. In fact, the data showed little loyalty to a single store or handful of stores, but more so to types of products found in a store. Consumers shopped various stories for specific product categories: frozen treats at one grocer, meat and poultry at another, and so on. The researchers call this “intrinsic store-category attractiveness.”

Researchers specified and estimated a statistical model of how consumers fractured their shopping basket and shared their wallet across stores.

“No matter what kind of strategic positioning you have carved out, consumers have a mind of their own.”

Further evidence of an ever-changing economy in which to purchase grocery, household, and health and beauty products: Some of the studied chains have dwindled since the study and no longer service several of their previous states.

“It’s very diffuse,” Seetharaman says of consumers’ purchases from a larger-than-expected list of stores. “Only 40 percent of their basket is coming from their ‘favorite’ store.”

Companies in the grocery, household item, and healthy/beauty realm could learn from such a category-intensive study, Seetharaman says. “This gives you a good sense of what you are winning, and how you are winning. But there’s no silver bullet.”

“Will it be a surprise?” Seetharaman says. “Yes, it will be a surprise. The traditional wisdom is: Walmart is an aggressive, everyday-low-price price retailer and Target is the assortment retailer. So let’s say both mass merchandisers…each of them has a certain strategic positioning and therefore thought they attract a certain type of consumer.

“We are upending that wisdom a little bit here: No matter what kind of strategic positioning you have carved out, consumers have a mind of their own. They are choosing to do different things in different categories. And businesses should wise up to this. Even your core customer is buying categories at other shops.”