How To Be Healed: One Universal Healing Principle 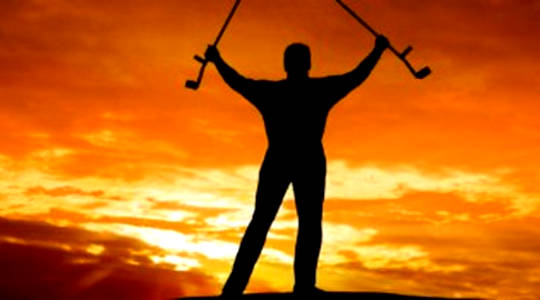 In the religions of antiquity priests in the ancient temples gave drugs to the patient and practiced hypnotic suggestions prior to the patient's sleep, telling him that the gods would visit him in his sleep and heal him. Many healings followed. Obviously, all this was the work of potent suggestions to the subconscious mind.

After the performance of certain mysterious rites, the devotees of Hecate would see the goddess during sleep, provided that before going to sleep they had prayed to her according to weird and fantastic instructions. They were told to mix lizards with resin, frankincense, and myrrh, and pound all this together in the open air under the crescent moon. Healings were reported in many cases following this grotesque procedure.

If You Believe, You Shall Be Healed

The answer to all these healings is due to the blind belief of the sick person which released the healing power resident in his subconscious mind. Many of the remedies and methods employed were rather strange and fantastic which fired the imagination of the patients, causing an aroused emotional state. This state of mind facilitated the suggestion of health, and was accepted both by the conscious and subconscious mind of the sick.

To illustrate further the power of imagination and blind belief I will relate the case of a relative of mine who had tuberculosis. His lungs were badly diseased. His son decided to heal his father. He came home to Perth, Western Australia, where his father lived, and said to him that he had met a monk who had returned from one of the healing shrines in Europe. This monk sold him a piece of the true cross. He said that he gave the monk the equivalent of $500 for it.

This young man had actually picked up a splinter of wood from the sidewalk, went to the jeweler's, and had it set in a ring so that it looked real. He told his father that many were healed just by touching the ring or the cross. He inflamed and fired his father's imagination to the point that the old gentleman snatched the ring from him, placed it over his chest, prayed silently, and went to sleep. In the morning he was healed. All the clinic's tests proved negative.

You know, of course, it was not the splinter of wood from the sidewalk that healed him. It was his imagination aroused to an intense degree, plus the confident expectancy of a perfect healing. Imagination was joined to faith or subjective feeling, and the union of the two brought about a healing. The father never learned of the trick that had been played upon him. If he had, he probably would have had a relapse. He remained completely cured and passed away fifteen years later at the age of 89.

Many Theories of Healing: One Universal Healing Principle

I venture to believe that all the readers of this book are familiar with the fact that symptoms of almost any disease can be induced in hypnotic subjects by suggestion. For example, a subject in the hypnotic state can develop a high temperature, flushed face, or chills according to the nature of the suggestion given. By experiment, you can suggest to the person that he is paralyzed and cannot walk: it will be so.

If a man says he is allergic to Timothy grass, you can place a synthetic flower or an empty glass in front of his nose, when he is in a hypnotic state, and tell him it is Timothy grass. He will portray the usual allergic symptoms. This indicates that the cause of the disease is in the mind. The healing of the disease can also take place mentally.

The process of all healing is a definite, positive, mental attitude, an inner attitude, or a way of thinking, called faith. Healing is due to a confident expectancy which acts as a powerful suggestion to the subconscious mind releasing its healing potency. You can rest assured, if you have faith, you shall get results.

Reprinted with permission of the publisher,
Jeremy P. Tarcher/Penguin, a member of Penguin Group (USA).
©2011. All rights reversed. www.us.PenguinGroup.com

The Power of Your Subconscious Mind (Deluxe Edition)
by Joseph Murphy.

The Power of Your Subconscious Mind, one of the most brilliant and beloved spiritual self-help works of all time, teaches how to dramatically alter your life by changing your thoughts. Selling millions in various editions since its original publication in 1963, this life-changing classic is now available in a handsome and durable keepsake volume, to be cherished for decades.

Joseph Murphy, Ph.D., D.D. (1898-1981), was a pioneer of the human potential movement. His book “The Power of Your Subconscious Mind” has sold over ten million copies and been translated into twenty-six languages. It is a timeless plain language revelation of the powers of the “law of attraction.”. His pamphlet How to Attract Money first appeared in 1955, and likewise entered many editions. Visit the Dr. Joseph Murphy Trust website at: http://www.dr-joseph-murphy.com Pointers in Human Relations: Unless the Personality Has Love It Sickens and Dies

by Joseph Murphy
Sigmund Freud said that unless the personality has love, it sickens and dies. Love includes… Should I Get A Divorce? Three Steps To A Happy Marriage

by Joseph Murphy
Divorce is an individual problem. It cannot be generalized. In some cases, divorce is not the…