Homeopathy: What Is It and Does It Work? 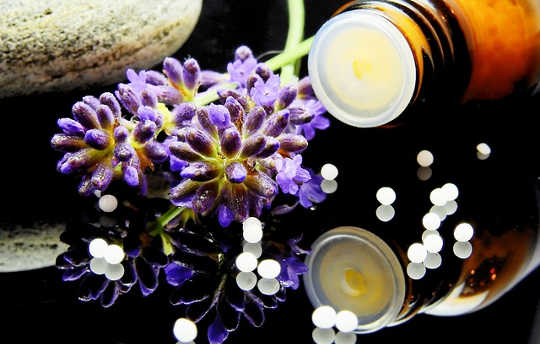 Homeopathy is a system of energy healing using minute amounts of safe, non-toxic, natural substances derived from the vegetable, animal, and mineral kingdoms, dispensed according to the "Law of Similars"?an age-old principle that recognizes the body's ability to heal itself.

The word "homeopathy" is derived from the Greek, and simply means "like suffering". Hence, a homeopath treats like with like. Who hasn't heard of the idea of using "The hair of the dog that bit you?" Or has not been vaccinated?

When the founder of homeopathy, Christian Samuel Hahnemann (1755-1843) died, there were only about 100 remedies in use. Today's homeopathy has about 2,000 to choose from?using your spiritual, mental, and physical symptoms as a guide. Thus, homeopathy is truly "holistic" in its approach, and, in fact, was the very first holistic therapy to be used and recognized worldwide.

If homeopathy works, why haven't I heard of it?

Homeopathic principles go back to the time of Hippocrates and the ancient Greeks, but it was only 200 years ago that a German linguist and physician, Dr. Samuel Hahnemann, put the principles into practice.

Bothered by the all-too-often accepted habit of using drugs in great excess (sounds familiar, doesn't it?), Hahnemann tested minute amounts of various substances on himself and his students, and demonstrated that the law of similars, discussed by Hippocrates, was indeed a reality.

He began by treating people with these natural substances, and by 1820 homeopathy had spread through all of Europe. In 1900, about 20-25 percent of all doctors in the United States were homeopaths. Chicago was the world center of homeopathy. There were twenty-two homeopathic medical schools and over one hundred homeopathic hospitals.

However, because of various political, economic, and social changes, homeopathy lost its stature in the United States, although it is still practiced widely in Brazil, Mexico, India, Germany, France, and Great Britain.

In France, for instance, there are five homeopathic physicians for each allopathic (regular) physician, and homeopathy is beyond a doubt the system of choice for the entire nation.

Similarly, in the United Kingdom, the English Royal Family has personally used and endorsed homeopathy for three generations. Her Majesty, Queen Elizabeth the Queen Mother, is the Royal Patron of the British Homeopathic Association. Her daughter, Queen Elizabeth, is said to never travel without her personal homeopathic first-aid kit by her side.

Addressing a dinner of the British Medical Association on January 8, 1985, Prince Charles jolted those assembled by saying: "I would suggest that the whole imposing edifice of modern medicine, for all its breathtaking successes, is like the celebrated Tower of Pisa . . . slightly off balance. It is frightening how dependent on drugs we are all becoming, and how easy it is for doctors to prescribe them as the universal panacea for our ills."

Recent surveys of more than 1,000 British practitioners conducted by the Institute for Complementary Medicine found the number of patients turning to alternative therapies growing at the rate of 15 percent per annum, with a 39 percent increase in those consulting homeopaths.

In 1977, more than 86,000 persons had attended outpatient departments of the six homeopathic hospitals under the U.K. National Health Service. Now, some twenty years later, who can guess at the number receiving homeopathic treatment from both physicians and lay practitioners?

Although in the United States homeopathy has never since repeated the widespread popularity it had at the turn of the century, a surprising report in 1992 noted that some 15 percent of Americans visit alternative therapists for which they pay more out-of-pocket expenses than they do to conventional, primary care givers.

In 1995, this category grew by 19 percent with an estimated 1 percent of the population using homeopathy!

How does homeopathy view illness?

A homeopath looks at people as people, rather than diseases, and uses remedies that bolster the whole person rather than just treat symptoms.

Hence, to determine the correct remedy or remedies, your homeopath will ask very specific questions about all aspects of your life, as well as the illness patterns of your parents and grandparents.

For instance, if you have the flu your homeopath will need to know the time of day you felt better or worse, your appetite or thirst, your general mood, and how you are sleeping. This is because, unlike orthodox drug treatment, in homeopathy there are 30 to 40 remedies one may think of when you say "I have the flu!"

In other words, you are always treated as a person first . . . and your particular illness, second.

Isn't this really the way you always wanted to be treated? The key to correct homeopathic treatment is the practitioner's knowledge of the various remedies and your ability to relate the specifics of your disease.

Can you benefit from homeopathy?

Absolutely, yes! Homeopathic treatment is for people of all ages. Since it is a system which strengthens your natural immune system, it is useful for those healthy or ill, for both prevention and cure.

Since it raises and enhances the immune system, it has recently become the target of great interest in the light of AIDS (Acquired Immune Deficiency Syndrome).

Bottom line, homeopathic remedies always heal quickly, safely, and without troublesome and dangerous side effects and actually taste good! For this reason they are of inestimable value in treating children often frightened by medicine.

How do "remedies" and "drugs" differ in homeopathy?

While any substance may be used homeopathically, remedies for the most part are all derived from natural substances, broken down into minute quantities to stimulate the natural defenses of the body. They do not cover up or stifle a symptom. While chronic disease may take time to correct, generally patients feel better soon after initial treatment has begun. Once the patient's own defenses are properly stimulated, health will begin to return. Hence, homeopathic remedies are perfectly safe to take.

Unlike allopathic drugs?administered with the intent to destroy a specific disease organism, and which may also destroy beneficial bacteria and create harmful side effects?homeopathic remedies neither cover up nor destroy disease by themselves. They simply stimulate the body's reaction to throw off the offender, and never create side effects as they work with rather than against the immune system.

How does homeopathy tie into holistic treatment?

Homeopathic treatment is an essential part of holistic therapy and lifestyle, since it recognizes the important mind, body, and spirit connection. It is totally compatible with nutritional supplements?both oral and intravenous?chiropractic, acupuncture, exercise, yoga, and other "drugless" modalities.

R. Donald Papon, B.A., D.Sc., D. Hom., has dedicated much of his adult life to teaching holistic living incorporating mind, body, and spirit. He received his graduate degrees in holistic health, nutrition, and his Doctor of Homeopathic Medicine from the Institutum Internationale Homeopathie in Mexico in 1983. He has served as an adjunct lecturer at the New School, Hunter College, and Brooklyn College and as a consulting homeopath, with private practices in New York and Florida, for almost two decades. by Alison Caldwell - U. Chicago
A single inhalation session with 25% nitrous oxide gas can rapidly relieve symptoms of… Energetics and Unity: There Is Nothing Separate, Regardless of Appearances (Video)