Information Medicine Is The New Paradigm in Health and Healing 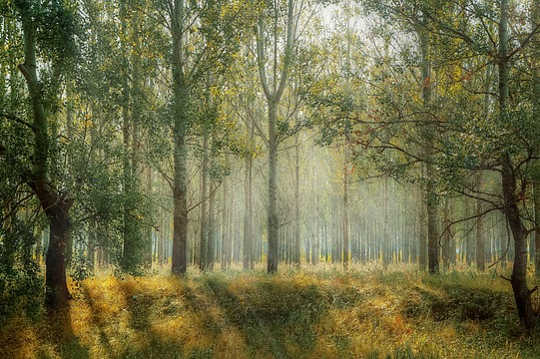 Things and events in the universe are not haphazard and chaotic: they are formed—“in-formed”—by universal attractors. The recognition that the manifest world, and thus the living organism, is “in-formed,” suggests a new definition of bodily health and disease.

The New Definition of Health and Disease

The task of medicine is to heal by reestablishing a condition of adequate in-formation in the organism. This does not necessarily call for artificial measures; in many cases, it can be performed by recourse to the in-formation already present in nature. In the global context, doing so is to access and abide by what the religions call the will of a supreme intelligence. In the context of healing, it is equivalent to accessing what the Eastern healing arts name the chi or qi of the organism.

The living organism is an irreducibly whole system, with all its parts and elements nonlocally—intrinsically and instantly—interconnected. A blockage or other flaw in any part of the organism is not confined to that part. Whatever happens in a cell or in an organ of the organism also happens in all its cells and organs. A cellular or organic malfunction in one part indicates a flaw in the functioning of the organism as a whole.

A healthy organism is intrinsically as well as extrinsically coherent. Its intrinsic coherence comes to light in the cooperation of all its cells, organs, and organ systems in maintaining the whole organism in the living state. Conflict or disharmony between the organism and any part of its environment indicates extrinsic incoherence, and it reduces the health and viability of the organism. The following definitions can be put forward:

1) Health is an adequate level of coherence in the organism, a condition brought about and maintained by adequate access to the in-formation that “forms” the living organism.

2) Disease is a level and form of incoherence in the organism, indicating inadequate access to in-formation. (Diseases can be classified according to the types and levels of the blockages that cause them.)

3) Diseases are pathologies of in-formation, and they are simultaneously individual and collective. They are individual when they appear to affect a single subject. This, however, is illusory. Given that organisms are dynamic elements in the biosphere, which is an intrinsically whole system, the notion of individual disease is an abstraction. Disease is a factor in the collective condition of living organisms on the planet.

1) The universe is a coherent system, in-formed by universal attractors.

2) The forms of life that emerge and evolve in the universe are organized along principles of complexity, coherence, resonance, and analogy, rather than of linear causality and mechanistic interaction.

The properties of living organisms are not properties of mechanical or even biochemical systems. The most important among them are the following:

b) Interactions in the organism form a complex integral network of relationships that make up nonlocally correlated wholes; the properties of organisms are intrinsically nonlocal.

c) The organism is a whole in regard to its parts, and it is a part in regard to its environment, which is a whole constituted of its multi­organic parts. It is at the same time a part of the larger system, which is the system of life on the planet. A single synchronic scheme connects the macroscopic world of living organisms with the microscopic world of quantum particles.

d) Living organisms are nondecomposable quantum systems. The correlations that connect their elements are destroyed when their parts are separated from each other and from the systems that embed them.

e) In the mathematical formalism of quantum physics, relations between the parts of the whole system are expressed in terms of probability, and the probabilities are determined by the dynamics of the system in which they occur. Thus concepts of “entanglement” apply to living organisms, which are entangled quantum-systems entangled with other organisms in the biosphere.

The Task of Information Medicine

Information medicine upholds many of the insights that hallmark the wisdom traditions. First and foremost it “re-cognizes” the vital role of contact with nature—and hence with the universal attractors present in nature—in preserving the health and integrity of the organism.

The task of information medicine is to purposively further the preservation or restoration of coherence within the organism as well as between the organism and its environment. In traditional societies this task involved restoring contact between individual organisms or tribes and their natural environment. It was entrusted to shamans, gurus, and medicine men and women. In the modern world, the preservation and restoration of health is the task of medical doctors and other health professionals. They apply a wide range of health technologies that substitute for direct contact with nature.

However, the health-preserving and restoring effects of contact with nature, known for millennia, are irreplaceable, and they are being ­rediscovered. For example, the practice of “forest bathing” (shinrin-yoku), originating in traditional Japan, is spreading in the modern world. It is found to bring significant health benefits: lowering heart rate, reducing blood pressure, reducing stress hormone production, and improving overall well-being.

Thomas Miller, editor of the Findhorn Foundation’s magazine, noted: “Studies have linked even relatively small amounts of time spent in nature to better mental health, improved empathy, lengthened attention span and boosted immune system, to name only a few benefits. As more artists, writers, business people and others wake up to the benefits of ‘forest bathing,’ nature retreats and other ways of immersing themselves in nature, they are finding that their creativity and inspiration return.”

As the clinical studies cited in part two of this book testify, effective contact with natural substances that convey whole-system in-­formation to the diseased organism produces remarkable healing effects. It cures, or at least increases resistance to, a wide array of autoimmune and degenerative maladies, including tumoral diseases and diseases of the cardiovascular system, the nervous system, and the digestive system. It slows the processes of cellular senescence and extends the span of healthy human life.

Contact with nature furnishes the kind of guidance that the GPS (global positioning satellite) does in regard to position on the surface of the planet. This guidance is produced by nature and not by man-made technology, and it concerns the coherence—the health—of the subject and not its spatial position.

Clear and robust contact with nature is becoming difficult to achieve. This is due partly to access to nature becoming more and more remote for people in cities, and partly to the compromised quality of the nature to which people have access. As a result fewer people practice effective forest bathing, nature meditation, and other ways of entering into contact with nature. Such contact as they do achieve often proves insufficient to maintain or to regain their health.

For modern people, contact with pristine nature is becoming well-nigh impossible to achieve, and our health suffers the consequences. Not surprisingly, a significant number of compensatory measures are being developed. Modern medicine is largely focused on applying compensatory measures. Faced with a disease, or a condition of less than optimum health, physicians turn to biochemical remedies, to radiation therapy, and if necessary to surgery, to reestablish the coherence of the organism.

Modern medicine’s therapeutic measures offer cures to scores of ailments, but they are not the simplest and the most effective way to preserve and restore health. A simpler and more effective way is to bring to the organism the in-formation that would in-form it in nature.

Unveiling the holistic future of medicine, the authors show how we will no longer need to approach the treatment of cancer and other degenerative diseases as a “fight,” but as a restoration of our cells’ original programming. With the advent of Information Medicine, we now have the power to program ourselves to heal. (Also available as an e-Textbook.)

Ervin Laszlo is a philosopher and systems scientist. Twice nominated for the Nobel Peace Prize, he has published more than 75 books and over 400 articles and research papers. The subject of the one-hour PBS special Life of a Modern-Day Genius, Laszlo is the founder and president of the international think tank the Club of Budapest and of the prestigious Laszlo Institute of New Paradigm Research. The winner of the 2017 Luxembourg Peace Prize, he lives in Tuscany. In 2019, Ervin Laszlo was cited as one of the "100 Most Spiritually Influential Living People in the World" according to Watkins Mind Body Spirit magazine. Visit his website at www.ervinlaszlo.com

Pier Mario Biava, M.D., has been studying the relationship between cancer and cell differentiation for more than 3 decades. The author of over 100 scientific publications and 6 books, he works at the Institute of Research and Treatment in Milan.

Video with Ervin Laszlo: A new mindset is emerging A New Paradigm Shift Is Underway Today in Physics and Consciousness

by Ervin Laszlo and Pier Mario Biava, MD.
There is a widely discussed “paradigm shift” underway today. It brings a two-fold…