The Argument For And Against Preventative Medicine 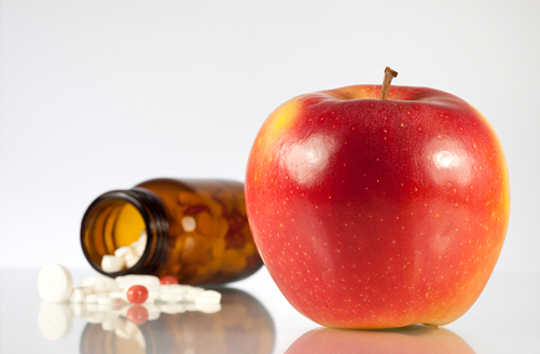 Preventative medicine has long used drugs to prevent the onset of disease. Those with symptoms such as high blood sugar or pressure are often diagnosed with the “pre-condition”, such as prediabetes or prehypertension, if their symptoms haven’t yet reached the levels which define the disease.

It is estimated that around 7m people in the UK alone have prediabetes and have an increased risk of developing type 2 diabetes. But diagnosis of this pre-condition allows pharmaceutical drugs to be prescribed, which could delay or prevent the onset of the disease. However, there are arguments which support and condemn pre-treatment in this way.

We asked two experts to explain.

Prevention is better than cure

Opeolu Ojo is a lecturer in Biochemistry at the University of East London.

In prediabetes for instance, the concentration of glucose in the blood is already higher than normal, and as with other preconditions, there are signs that point towards disease development. It is likely to become a problem in the future. It is also known that if no action is taken, every year around 10% of people with prediabetes will develop type 2 diabetes.

If prediabetes is treated, it encourages the person to take appropriate actions which can prevent the pre-condition from progressing into full-blown disease. If prediabetes is not tackled, we would certainly see a rise in type 2 diagnoses.

An issue with medicalisation in this way is that it increases the demand for drugs and therefore the cost of healthcare. But these costs are small compared to the treatment of full disease which may be prevented. Pre-condition diagnosis also allows for future predictions and planning. The International Diabetes Federation, for example, has predicted that around 642m people will suffer from diabetes by 2040 – this prediction allows for planning future public health programmes and treatment options.

It is true that social and cultural factors, such as diet and exercise, may contribute to the development of several health conditions, and so labels such as “prediabetes” or “prehypertension” have been criticised as attempts to individualise the problem – to shift the blame onto the patient. But recognising the danger of disease development encourages positive changes in behaviour, and claims that these labels may lead to low self-esteem and negative body image have little evidence to support them.

Of course, medicalisation of pre-conditions should only be carried out when necessary. But to abolish this precautionary measure would have far-reaching consequences on our healthcare systems and people’s quality of life.

At first glance, it makes perfect sense to prescribe preventative medicine if a person has a high risk of developing a chronic disease – especially one that is expensive to treat. This has been most apparent with type 2 diabetes, which is now at epidemic proportions in the UK and strong evidence does show that anti-diabetic drugs, such as metformin, can lower the risk of developing diabetes in high risk individuals. Prevention is indeed of vital importance, but even if drugs can delay diabetes, should we routinely prescribe them just to reduce diabetes diagnosis rates?

We routinely screen people to provide early diagnosis of diseases, but often these tests are flawed and can lead to the treatment of healthy individuals – a lot of money can be made from labelling healthy people as sick. It is, after all, in the commercial interest of pharmaceutical companies to increase their end users, and some are known to sponsor studies that define disease and promote their treatments. What better way to sell more drugs than to widen the boundaries of illness to include pre-conditions?

Continued controversy of this kind surrounds the use of statins. Despite numerous clinical trials, and decades of use, scientists and clinicians still cannot agree on whether the benefits outweigh the risks in statin users who have not yet had a heart attack. Yet, while this disagreement continues, drug companies make over £15 billion per year from statin sales alone.

Inappropriate medicalisation can also carry a number of dangers including unpleasant or dangerous side effects of medication, poor treatment decisions, and economic waste. Yet we risk this becoming a reality for numerous “pre-conditions” since they could benefit from the use of drugs.

We lose a battle when healthy people are labelled in this way and we lose focus on what the real problems are – the vast majority of cardiovascular disease worldwide is caused by smoking, physical inactivity and poor diet. But rather than focusing on these problems, we prescribe statins and other drugs, and opportunities to improve the overall health of these people are missed.

Type 2 diabetes also has well known risk factors, such as obesity, and the benefits of exercise and a healthy diet can often go beyond treating just one condition. We also could lower the risk of developing other diseases, such cancer or dementia, but when healthy people with unhealthy lifestyles are medically treated, the incentive to exercise and eat well is reduced. After all, they are already being treated.

Treating these conditions ultimately diverts money away from the treatment or prevention of diseases that simply cannot be prevented by lifestyle changes. And since the NHS is already at breaking point, the capacity needed for managing and tracking those with pre-conditions will add extra pressure .

Health care professionals should educate, as well as treat patients, and care should be provided based on a person’s clinical need – not medical, pharmaceutical or financial targets. It may seem logical to turn to our arsenal of medicines to prevent sickness, but the costs in the end are just too high. Therapeutic Touch and the Evolution of Healing

by Dolores Krieger, Ph.D., R.N.
Historically, healing has been one of humankind’s higher functions, leaving its mark recorded…