How To Use Sonic Sounds for Healing Yourself and the Planet 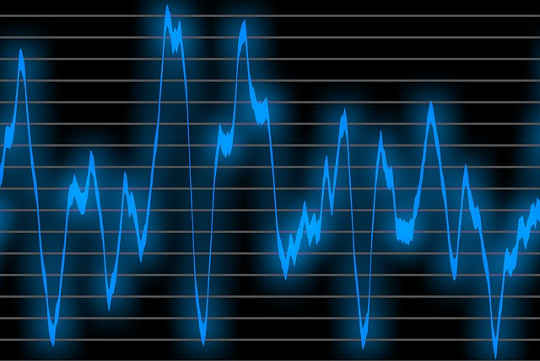 Sound is third-dimensional. When the angels add their energy to sound it becomes a fast-frequency sonic emitted for specific high-vibrational purposes. We may not be able to hear it because it is beyond our auditory range and our understanding of it is limited but it has a powerful effect.

Sonics are angelic harmonies that respond to love, sacred geometry, pure intention and peace breathed in alignment with the breath of God.

Thunder breaks up the accumulation of lower energies in the atmo­sphere. It shatters negativity, which has been blown into an area so that those below do not receive it.

Sheet lightening is the physical manifestation of the transmutation. Fork lightening brings the posi­tive transmuted energy down to the ley lines to be spread through the planet.

~ Sonic of the dolphins ~

Water is a cosmic element that contains the wisdom of the universe. When the frequency of the water is raised by the sonics, the dolphins can access and main­tain the wisdom of Golden Atlantis. This clears the path in front of the dolphins of lower frequencies so that they can find their direction through pure energies.

Certain perfect notes change the properties of matter. In former times specific notes chanted by spiritual people lightened stones. Then the stones could be moved by mind control to the envisioned place of construction. Sacred buildings were erected by this method. The buildings in the Golden Era of Atlantis were all created in this way.

~ The sound that shatters glass ~

This sound breaks up constructs that are no longer for the highest good.

Levitation can be effected without human sound but as you hold the intention to lift someone, the angels make the sounds, which lighten the matter of the person being raised. Then they rise without any support.

Like levitation you do not need sound to become invisible. When you raise your frequency to become one with your surroundings, the angels attune you to them so that you are no longer visible.

Many years ago I was sitting on a bench in the garden of a special spiritual community. I felt at total peace. When my group came to find me, they were looking at me and could not see me. Then I came back to Earth and reappeared, rather to their surprise!

In order to teleport your physical body so that you disappear and ap­pear somewhere else, the angels change the frequency of your cells. This was quite a common gift in the Golden Era of Atlantis.

~ Sonics that help plants and trees to grow ~

When you open your heart and talk, mentally or aloud, to plants and trees, the angels send sonics to help them grow.

The elementals, such as fairies and elves, hold the vision of the blue­print of the plant and the angels make the sonics to help it fulfill its po­tential.

When you hear a buzz or even feel a sharp pain in your ear, your angels and guides are breaking down your resistance and trying to raise your frequency.

Both Kathy and I have experienced this many times. Archan­gel Metatron buzzes my right ear or inflicts a sudden twinge in it when he wants to draw attention to something. I know immediately that I have to pay attention, ground myself or think of something more positively. Kumeka and occasionally other guides or angels do the same in my left ear.

Kathy finds that, if she is still not listening after all other nudges from the angelic realms, such as a feeling or an ache in her third eye, they will buzz her ears.

When a building is designed according to sacred geometry the angels sing the sonics to bring it to completion in a perfect divine way. The cathedral of Sacré Coeur in France is an example of this, as is Salisbury Cathedral, which has been built on a flood plain so the water is keep­ing the energy pure. Angels do not offer sonics to haphazardly created constructions.

A pyramid that is perfectly aligned to the ascension planets, stars and galaxies attracts amazing harmonics which people can feel as they enter it.

The angels respond with sonics to the vision of divine perfection held by the healer and the person being healed.

When a mother opens her heart and sings or hums to her baby, the an­gels add their energy through sonics to strengthen the bond of love be­tween them.

Angels sing over the world at full moon and the sonics enter the waters to purify them and raise their frequency. The sonics do not move the water.

In a magnificent place in nature where there are the elements of fire (sun), air (gentle breeze), earth (glorious vegetation) and water (snow, stream, lake or sea), the angels will sing sonics over that area and raise the frequency even more. This is why certain beauty spots touch us so deeply.

The angels make harmonics through the singing birds, which are rais­ing the frequency of humans, animals and the whole of nature.

Rosemary Stephenson is one of the teachers of the Diana Cooper School and a good friend of mine. She takes her crystal bowls everywhere she goes. I have been with her in diverse places such as the crypt of Rosslyn Chapel in Scotland, Angkor Wat Temples in Cambodia and an igloo in the Arctic where she has sung with her bowls. The sound is angelic and you can hear the angels responding and transforming the energy. Rosemary also plays her singing bowls at seminars and for CDs. You can feel and hear the presence of angels.

When music is played, whatever the instrument, with high pure inten­tion for the greatest good, the angels create harmonics. The intention of the listener also affects this.

My friend Diane Egby Edwards plays every instrument pos­sible including the gong, the didgeridoo, flutes and crystal bowls. She finds that the acoustics in my kitchen are ideal for the didgeridoo and the angels love it too.

Kathy finds that there is a particular song that pulls her heartstrings. She knows that when it is played the angels sing over her to break up old pain in her heart.

There is much disharmony within our planet, which is making a roar like a runaway train. We are asked to envision Earth’s perfection and ask the angels to sing harmonics over us until the planet emits a peace­ful, loving purr.

Pure joyous laughter, the gentle wind in the trees, wind chimes, a waterfall, gentle waves, beautiful singing or the flap of a bird’s wing are sonics that break up lower energies.

* The KEY is to do everything with the purest intention.

* The SOUND is that of angels singing.

* The COLOUR is pale yellow gold.

EXERCISE: Visualization to heal with harmonics

EXERCISE: Visualization for the divine perfection of the planet

EXERCISE: Bathing in sound for the highest good

©2010 by Diana Cooper and Kathy Crosswell.
Reprinted with permission of the publisher,
Findhorn Press. www.findhornpress.com.

The Keys to the Universe: Access the Ancient Secrets by Attuning to the Power and Wisdom of the Cosmos
by Diana Cooper and Kathy Crosswell.

Click here for more Info and/or to Order this book on Amazon.

Diana Cooper is the author of more than 19 spiritual books in over 26 languages and has now started a series of children's books to empower and enchant children. Her journey started during a time of personal crisis when she received an angel visitation that changed her life. Since then the angels and her guides have taught her about the angelic realms, unicorns, fairies, Atlantis and Orbs as well as many other spiritual subjects. She teaches seminars worldwide and is the Principal of The Diana Cooper School, a not for profit organisation which offers certificated spiritual teaching courses throughout the world. You can check Diana's diary at www.dianacooper.com

Kathy Crosswell is a Reiki master, medium, and astro-psychologist who runs spiritual workshops. She is the co-author of these books: Ascension Through Orbs, Enlightenment Through Orbs, and Keys to the Universe. How To Open Your Heart Totally and Be In Oneness

by Diana Cooper and Kathy Crosswell
We are all one. When you are in Oneness your heart is totally open. Your Illumined Self gives… How to Give and Receive Pure Unconditional Love

by Diana Cooper and Kathy Crosswell
Pure love is totally undemanding and accepting. It extends its energy to everything but you only… Taking Charge of Our Life: Healing from the Inside Out

by Marie T. Russell, InnerSelf.com
We are all in need of healing in one form or another. Whether that healing is emotional, physical,…