Living From the Heart: Purifying the Mind and the Body 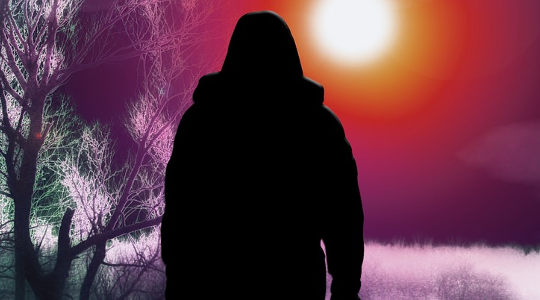 I thought it would be a great struggle, but after a few weeks, veganism isn’t as daunting as I feared, especially because I’ve turned the entire process of creating a meal into a meditative ritual. I thank Mother Nature as I choose each vegetable or piece of fruit at the store. Slicing into a banana or a zucchini is an incredible wonder. I notice the color, the texture, the aroma, the seeds filled with intelligence and potential.

Once the meal is ready, I say a silent prayer of gratitude to the earth, water, and sun that have joined forces to produce this miracle of nourishment. I contemplate the fact that this food will soon become me, that we are merging as one. I deliberately take smaller portions, eat more slowly, and savor every bite as delicious, healing medicine, being as fully present to the experience as possible.

Fasting: A Central Part Of My Plan

I periodically fast for a few days at a time, and always fast one day per week. Before this, the only time I ever went more than a day without food was in the mountains of northern Iraq. It wasn’t by choice. I just couldn’t catch the chicken. Now, fasting is a central part of my plan.

Every Monday morning I have a breakfast of fruit and grain, then make Morgan his favorite organic pancakes with maple syrup. I skip lunch and dinner, drinking only warm water with lemon.

The following morning, I have no breakfast, then break my fast at lunch with a light, organic, vegan meal of steamed vegetables, rice, and some salad. This gives me a twenty-four hour period without food but still provides some nourishment each day. The first few times I do this I think I’m going to die of hunger as images of steaks, pork chops, and salmon smothered in raspberry sauce float through my brain, taunting me.

Within a few weeks, however, my weight is plummeting like never before and I feel radiantly healthy. Still, hunger pangs arise almost daily. When I contemplate the hunger, however, I realize it’s mostly a result of habit.

I’m not really as hungry as I feel. All I need to do is slowly sip herbal tea or lemon water while visualizing that it’s providing everything my growling stomach needs. It works most of the time, and soon I’m past the cravings for meat or fish—but I have to admit that instead, I now have periodic visions of heaping portions of brown rice smothered in stir-fried vegetables and a plate piled with fresh, ripe fruit that dance through my mind when I haven’t had food for a prolonged period of time.

I rinse my sinuses with water every morning. Once a week, I shorten my nighttime practice and head upstairs to the bathroom for the more radical procedures of regurgitation and enema. These practices still repulse me and I have to summon all my mantras, remind myself of my commitment, and compel myself to do it. I never get used to it, but I realize how purifying it is, especially on one occasion when I fast for four days and am amazed on the final night when I do an enema and continue to release waste materials even with no food in my stomach.

There’s more. A practice I haven’t mentioned. The Hatha Yoga Pradipika also maintains that drinking one’s own urine can effect great healing. Oh, ancient sages, how could you do this to me? I’ve totally bought into this science on every level, and now you want me to do this? The Pradipika says it has profound effects, especially on cancer, but I can’t imagine anyone remotely considering such a repugnant idea.

I think about it for weeks on end. Go for it, I tell myself every morning. You must be kidding me, another inner voice chimes in. This is as gross as it gets. Finally, I get the courage. I’m all in. I get a glass, go into the bathroom, and fill it half way. I hold it in front of me. I’m totally disgusted. A deep breath now. I begin to bring the glass to my lips. Then I freeze. There’s no way. I’m all in—except for this. Even a fanatic has his limits. I just found mine.

The Pradipika also confirms what all my Yoga texts agree on—purifying the mind is as important as purifying the body. With all the noise of society—busy highways, bustling cities, mass media, and television sets blaring everywhere—our minds can’t help but be highly agitated and polluted. I now avoid all this as much as humanly possible, especially the television. Whenever I walk into a room where one is on, it feels abrasive, unnatural, and unhealthy, almost like an assault. It’s now hard to believe that I was a reporter on television for more than two decades.

Along with avoiding sensory overload, I speak less and spend more time in silence communing with nature. I choose my words more carefully with Morgan and invite him to explore the silence with me. Tonight, as I’m readying him for bed, he jumps into my arms and says, “Daddy, carry me downstairs. Let’s go sit on the front porch and listen to the dark.” It inspires me that he would come up with such a beautiful concept. I bundle a blanket around him and we tiptoe down, slip outside, and sit on the front stoop.

Without speaking a word, we cuddle together and “listen to the dark,” feeling the gentle breeze on our faces while gazing at a sky splashed with stars. The silence is like a symphony. Our closeness is beyond words.

When I sense Morgan is drifting off, I carry him to bed and slip back into my cave. This is when my emotions feel most at ease, my mind stills more quickly than usual, and my evening practice becomes even more sacred.

Brad Willis, aka Bhava Ram, is a former NBC News Foreign Correspondent who overcame a broken back, failed surgery and stage four cancer through Mind/Body medicine, Yoga and Ayurveda. As a journalist he was awarded the Alfred I. duPont Award (considered the Pulitzer Prize of broadcast journalism) for his work in Afghanistan in 1986 during the Soviet war. He is the author of the memoir Warrior Pose, and The Eight Limbs of Yoga-Pathway to Liberation and Deep Yoga: Ancient Wisdom for Modern Times. Bhava Ram is the founder of the Deep Yoga School of Healing Arts in San Diego, and leads trainings, workshops, seminars and retreats worldwide. www.bhavaram.com www.deepyoga.com

Watch a video: The Power of Mantra - Cause/Belief (with Bhava Ram at TEDxSanDiego) How Your Intuition Can Become An Active Part Of Your Life

by Carol Ritberger, Ph.D.
We are so conditioned to using our five physical senses (sight, hearing, touch, taste, and smell),… by Larry Dossey, M.D.
So sensitive are we to sound that noise pollution has been called the most common modern health… Learning to Let Go, Relax, and Be More Vibrant and Alive

by Jim Dreaver
When you are able to detach yourself from the areas of stress, tension, and pain in your body and… by Stasia Bliss
Think about how we normally consume. We usually choose to fill our shopping cart full of the foods… by Flora Peschek-Bohmer Ph.D. and Gisela Schreiber
"Me? Drink Urine? Never!" Many patients have exclaimed these words when their therapist has…

A Path to Oneness and Spiritual Realization: Gazing at the Beloved

by Will Johnson
Most of our spiritual traditions tell us that, as humans, we are miniature reflections of God and…

Five Steps To Overcome Backsliding Into The Dwindle Effect

by Jude Bijou, M.A., M.F.T.
Backsliding comes with almost every new habit you're trying to ingrain. I call it the "Dwindle…