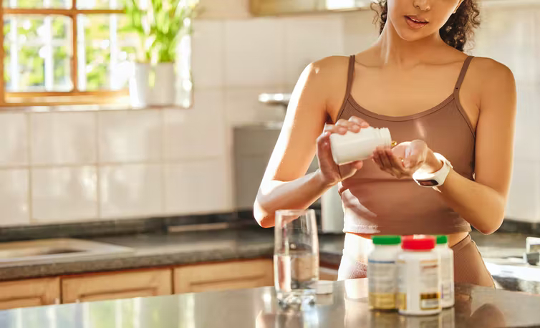 Consuming an ample supply of fresh fruits and vegetables is still a tried and true way of getting vitamins and minerals and achieving lasting health benefits. PeopleImages/iStock via Getty Images Plus

The U.S. Preventive Services Task Force issued a recommendation statement in June 2022 on the use of over-the-counter vitamin supplements. Based on its independent panel of experts’ review of existing scientific evidence, the task force recommended against using beta carotene or vitamin E supplements for the prevention of cancer and cardiovascular disease, the two leading causes of mortality in the U.S.

The task force’s new statement is an update to its 2014 recommendation, which drew the same conclusion. In the most recent analysis, the expert panel looked at an additional six randomized control trials for beta carotene and nine for vitamin E.

The Conversation asked Katherine Basbaum, a clinical dietitian specializing in cardiovascular disease, to explain what this recommendation means for the general public, particularly those who are currently or considering taking dietary supplements for the prevention of cancer and cardiovascular disease. In our Q&A with Basbaum, she interprets the data behind the task force’s conclusion.

1. What was the basis of the task force’s recommendation?

The panel of experts concluded that with regard to the prevention of cardiovascular disease or cancer, the harms of beta carotene supplementation outweigh the benefits and that there is no net benefit of supplementation with vitamin E for those purposes. Their recommendation applies to adults who are not pregnant and excludes those who are chronically ill, are hospitalized or have a known nutritional deficiency.

Beta carotene and vitamin E are powerful antioxidants, substances that may prevent or delay cell damage. They are commonly taken as dietary supplements for their potential health and anti-aging benefits, such as to combat age-related vision loss and the inflammation associated with chronic disease. Vitamin E has also been shown to help support the immune system.

Our bodies do require beta carotene and various nutrients for a variety of processes, such as cell growth, vision, immune function, reproduction and the normal formation and maintenance of organs. But it is important to point out that more than 95% of the U.S. population receives adequate levels of vitamin A, vitamin E and beta carotene through the foods they consume. Therefore the average healthy adult likely does not need additional supplementation to support the processes mentioned above.

The task force did not focus on other potential benefits of vitamin supplementation. It noted that “there may be other benefits of some supplements that were not covered in this review owing to its focus on cardiovascular disease and cancer prevention.” 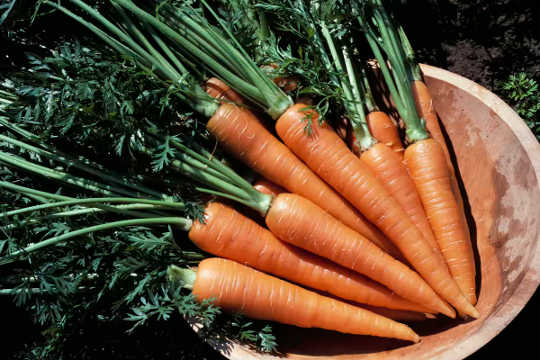 2. What risks did the task force point to?

Based on its review of the evidence, the expert panel concluded that beta carotene supplementation likely increases the risk of lung cancer incidence, particularly in those at high risk for lung cancer, such as people who smoke or who have occupational exposure to asbestos. It also found a statistically significant increased risk of death from cardiovascular disease associated with beta carotene supplementation.

In one of the clinical trials reviewed by the task force for their recommendation statement, people who smoked or had workplace asbestos exposure were at increased risk of lung cancer or death from heart disease at doses of 20 and 30 milligrams per day of beta carotene. This dosage is higher than the standard recommendation for beta carotene supplementation, which ranges from 6 to 15 milligrams per day.

3. Why were these supplements historically considered beneficial?

Antioxidants like beta carotene and vitamin E may help fight inflammation and oxidative stress, two of the primary contributors to the development of cancers and heart disease. Oxidative stress can trigger cell damage; when this happens, cells can become cancerous.

Since cancer and cardiovascular disease are the two leading causes of death in the U.S., it’s natural that so many people would choose to seek out dietary supplements to potentially add a boost of prevention. Additionally, since only 1 in 10 Americans meet the federal recommendation for fruit and vegetable intake – 1.5 to 2 cups of fruit and 2-3 cups of vegetables per day – people often turn to dietary supplements to make up for that deficiency.

There is strong evidence that a diet rich in fruits and vegetables is beneficial to overall health and disease prevention. Researchers also suggest that this may be due in large part to their high antioxidant content. The antioxidant dose received by eating an abundance of foods rich in beta carotene and vitamin E are not nearly as high as the doses available in supplement form.

4. Should people be concerned about taking any kind of dietary supplement?

Rigorous testing is required before a drug is approved by the Food and Drug Administration. However, that is not the case with dietary supplements, which are regulated as a food, not a drug. The FDA therefore does not have the authority to approve dietary supplements for safety and effectiveness – or to approve their labeling – before the supplements are sold to the public.

The global dietary supplements market size was valued at US$151.9 billion in 2021. According to data from the 2017-2018 National Health and Nutrition Examination Survey, an estimated 60% of U.S. adults were taking some form of dietary supplement, including vitamins, minerals, multivitamins, botanicals and herbs, probiotics, nutritional powders and more.

Consumers should be cautious when buying and consuming dietary supplements, as they may contain ingredients that could negatively interact with a prescribed medication or medical condition. It is also worth noting that products containing hidden drugs are also sometimes falsely marketed as “dietary supplements,” which can further put consumers at risk.

This year, the FDA began working to strengthen the regulation of dietary supplements and has drafted a proposal to amend its current policies.