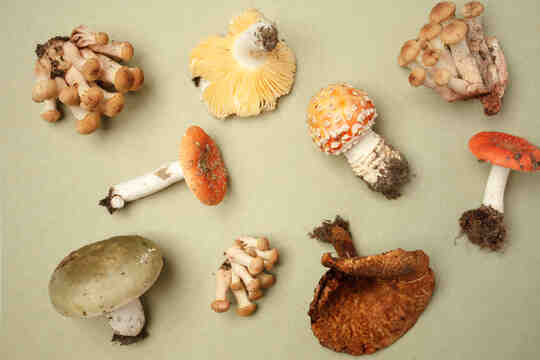 Poisonous or edible? Ekaterina Morozova/iStock via Getty Images Plus

You may have noticed that mushrooms pop up in your yard or in parks right after a rain but don’t last for long.

A mushroom is the above-ground part of a fungus. Most of the time, fungi live as threadlike structures called hyphae underground or in materials like wood. For fungi to reproduce, a mushroom must form above ground.

Some mushrooms are poisonous for the same reason some plants are poisonous – to protect themselves from being eaten so they can reproduce. Other mushrooms use the opposite strategy. They need animals to eat them in order to spread spores through poop. Still other mushrooms have completely different game plans. 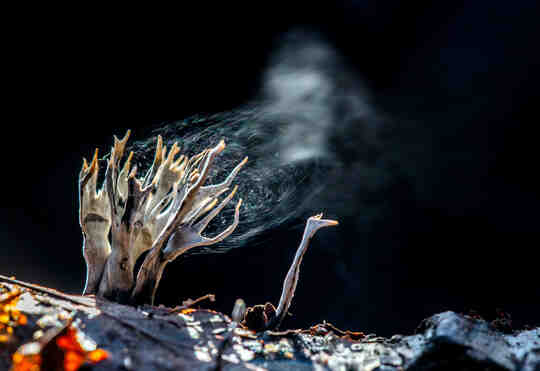 Mushrooms develop when the temperature is right and there is enough water. They usually consist of a cap and a stalk. On the underside of the cap, mushrooms produce spores that, like the seeds of plants, produce new fungi.

If you peek under a variety of mushroom caps, you will notice they are not all the same.

Some mushrooms have gills that look like a pleated sheet of paper. Some have pores that look like sponges. And some have toothlike structures. All of these surfaces produce spores. To create a new generation of fungi, spores need to get to new areas – and there are many fascinating ways mushrooms accomplish this.

For some mushrooms, spores simply fall from their caps and are carried to new homes by air currents. 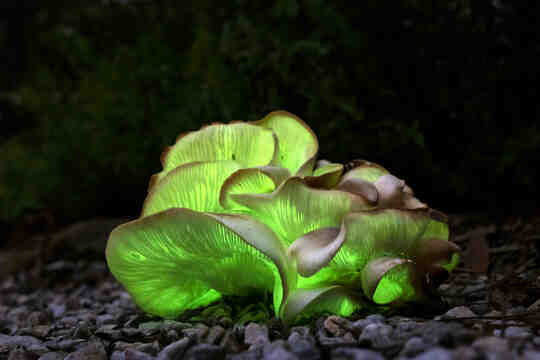 Other mushrooms attract insects by glowing at night. The glow from fungi in the woods at night can be very strong and is sometimes called foxfire. Insects, which are attracted to the light, inadvertently pick up spores as they investigate the glow and carry them elsewhere when they move on.

Some mushrooms never form an above-ground structure. Instead the mushroom stays underground and is eaten by squirrels and mice, which spread the spores by taking pieces back to their nests and by pooping. Such mushrooms are called truffles, and sometimes people will pay a lot of money for them.

A window of opportunity

Since mushrooms don’t last long, it’s important they spread their spores quickly. This is where poisons and toxins can come in.

Mushrooms are pretty tasty to snails, some insects, beetles, chipmunks, squirrels, deer and people. If an animal eats a mushroom, usually its spores are lost – unless they’re the type encased in a protective covering meant to be carried to a new neighborhood in poop.

Scientists have figured out that insects and snails avoid eating mushrooms that contain poison. Some mushroom poisons may make the eater only sick enough to avoid that species in the future, but some can be fatal. 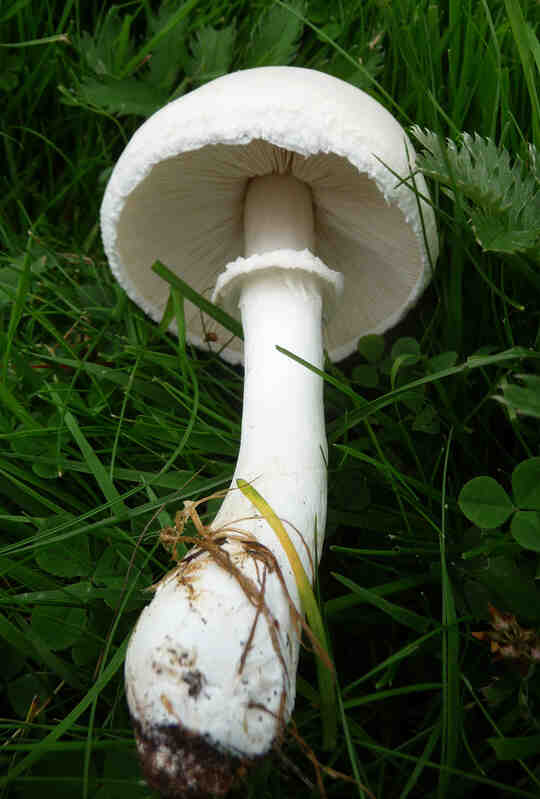 There are many different mushroom poisons. One kind belongs to a group of very beautiful mushrooms, the amanitas, also called “destroying angels” because they are both pretty and deadly. Amanitas are often mistaken for mushrooms that can be eaten, and they cause several deaths worldwide each year.

People use some mushroom poisons in medicine. The poison of the ergot fungus, for example, was developed into a drug used to prevent migraine headaches.

Approximately 1%-2% of mushrooms are poisonous to humans. The common term for such a mushroom is a “toadstool,” but there is no easy way to distinguish a poisonous mushroom from one that is edible. So it’s not a good idea to eat mushrooms you find, because it’s hard to be sure whether they’re poisonous or not.

Many mushrooms are healthy and delicious. Just make sure you get them from a store or from someone who is a mushroom expert.