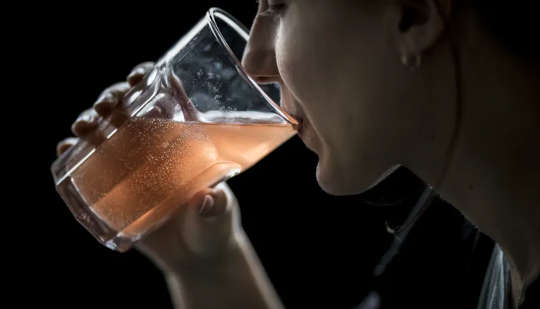 Iron deficiency is a common nutritional disorder worldwide, and pre-menopausal women are most at risk of being diagnosed with it.

New Zealand’s most recent nutritional survey (from 2008/09) shows 12% of women may suffer from iron deficiency. But more recent research in New Zealand suggests up to 55% of women of a similar age but of various ethnicities (Caucasian, Middle Eastern and South Asian) present with depleted iron levels.

This higher incidence of iron deficiency in women is often explained as a result of blood loss during menstruation. But my research, which analyses the iron status of athletic and active women, suggests female physiology has evolved to counter iron loss through complex interactions between female reproductive hormones and the hormone that influences iron regulation.

The research shows variations in iron status during a woman’s monthly cycle, and based on this, we would recommend doctors note what phase of the menstrual cycle a women is in when conducting iron-screening blood tests. In addition, before interpreting test results, they should ask women if they have a natural menstrual cycle, not influenced by any hormonal contraceptives (pill or IUD).

Iron in the body

Iron is fundamental for optimal health and well-being. It is an essential part of haemoglobin, the pigment in red blood cells, and transports oxygen throughout the body.

Even though iron is important for healthy and normal functioning, we can’t make the mineral and rely on recycling it within the body and getting enough from food. Dietary sources of iron include whole grain cereals, legumes, fish, poultry and meat.

The body controls and regulates iron well. Daily iron losses are only 1-2mg. Research suggests women will lose an additional 1mg of iron each day of their menses, which may bring the total iron loss to 3-5mg during the time of menstrual blood loss (which may last 1-5 days). This can be exaggerated in women who experience heavy or extended menstrual bleeding.

The primary iron regulatory hormone is hepcidin. It works on the only known iron export channels in the body — found in the small intestine (iron absorption from foods), on the surface of white blood cells (iron recycling in the body) and in liver cells (iron release from its reservoir in the liver).

Higher levels of hepcidin lead to a degradation of the iron export channels, effectively stopping the movement of iron from the gut and the release from its storage sites. This also limits the body’s ability to recycle iron from dead red blood cells, either for the production of new red blood cells or to store it in the liver.

To date only two research investigations have sought to clarify the changes in iron status and hepcidin across the menstrual cycle in pre-menopausal women.

My research shows a dramatic fall in hepcidin (and some other iron-related factors) during menstruation (days 1-5 of the monthly cycle). Hepcidin remains depressed for the few days following the period and then gradually starts rising at ovulation (at about day 14).

After ovulation, as women enter their luteal phase (days 15-28), hepcidin appears to increase and plateau before repeating the cycle the following month.

Research using isolated cells and studies with women undergoing in-vitro fertilisation show that oestrogen tends to suppress hepcidin activity, while progesterone stimulates it. This explains the low levels of hepcidin in the follicular phase (days 1-14 of the menstrual cycle) and the rebound in the luteal phase (days 15-28).

These results suggest that in response to the blood loss that accelerates iron loss, female physiology is primed for maximising iron absorption in the first half of the menstrual cycle by reducing the activity of hepcidin. This could be a physiological counter mechanism to menstrual blood loss.

It is worth noting that a few studies have also shown that serum iron, transferrin and haemoglobin — all markers used to measure a person’s iron status — fluctuate throughout the menstrual cycle. In one study, 23% of women were classified as iron deficient during menstruation, but this dropped to 8% in the luteal phase.

Transferrin saturation is a measure of the percentage of iron being transported and used in the body. During the luteal phase, when iron levels may rebound, some women may reach transferrin saturation levels of 45%. This typically indicates excess iron or haemochromatosis, a genetic disorder that results in excessive absorption and storage of iron and can be toxic for vital organs.

Some may say research into iron deficiency is well established and we have covered our bases on how to detect and treat this micro-nutrient deficiency. But 18-55% of pre-menopausal women in New Zealand have sub-optimal iron levels.

Researchers have explored many lifestyle factors that affect a person’s iron balance, including dietary preferences, meat intake and exercise. But we have yet to fully consider female physiology and how the menstrual cycle influences the intricacies of iron deficiency diagnosis and effective treatment.

At a time when many call for female-centred research to identify specific health outcomes and treatments, it might be time to reopen the box on iron deficiency. by Karen Hughes, Professor of Mycology
You may have noticed that mushrooms pop up in your yard or in parks right after a rain but don’t… Is It Luck, Coincidence, Synchronicity, or Just Life?

by Marie T. Russell
I love how the Universe (a.k.a. God/Goddess/All That Is, Creator, Divine, etc.) works. Things just…

Dogs Teach Us To Listen, Even After They've Died

by Elena Mannes
One day not long after Brio passed, I was driving on the highway, alone in the car. I’d been…