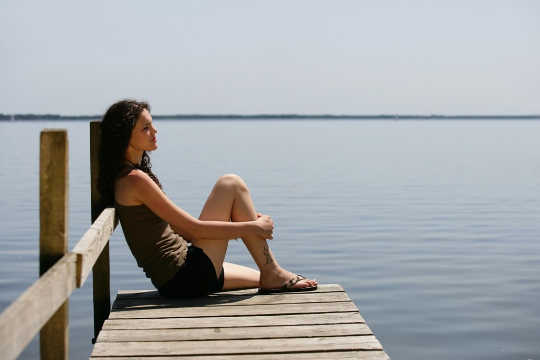 One of the most important vitamins for your health is vitamin D. It allows the body to absorb calcium and phosphate from your diet, which are essential for the development of healthy bones. However, we have found that increased levels of active vitamin D in the bloodstream can also be associated with improved muscle function in healthy people.

Vitamin D deficiency is at epidemic levels with up to one billion people worldwide estimated to be lacking in the vital substance. Low levels of vitamin D in the body are known to be associated with an increased risk of bone fracture. However, this study has shown how different forms of vitamin D are linked with measures of muscle strength, size and changes in the expression of certain genes related to muscles, protein and various other factors.

Vitamin D is inactive until it goes through two enzymatic reactions in the body, which mainly occur in the liver and kidneys. Previous studies have looked at the inactive form of vitamin D (25-OH-vitamin D) and the active form (1,25-OH-vitamin D), which we found to be more closely linked to muscle strength.

Muscle weakness is a feature of severe vitamin D deficiency in sufferers of rickets and osteomalacia, although the effects in people who are severely deficient but haven’t developed disease is unclear.

We looked at 116 healthy people, aged between 20 and 74 years who gave blood and urine samples, had muscle biopsies, underwent scans of muscle size and a number of different tests to measure strength. A cutting-edge technique developed by Martin Hewison’s research group at the University of Birmingham allowed high throughput analysis, which allows the analysis of a number of different forms of vitamin D in a short space of time.

We found that high levels of active vitamin D are associated with increased leg strength – in power, velocity and jump height. But unfortunately, these relationships were not seen with the inactive form.

Muscle biopsies also revealed that the muscle expressed the gene for the vitamin D receptor. This is what the active vitamin must bind to in order have any affect on muscle strength, and so provides evidence that vitamin D does indeed act on the muscles.

Vitamin D is made by our skin on exposure to sunlight, but in places like the UK, this is usually only possible between March/April and September. Therefore, dietary sources such as oily fish, red meat, eggs and fortified foods such as cereals are important. Supplementation is also common, particularly in those who have an increased risk of bone fracture caused by other factors.

There are associations between active vitamin D levels and body fat – a healthy body composition could affect your levels, but also high levels can help with weight loss. In fact, in women, varying levels of different vitamin D forms were associated with changes in body composition – the active form is linked to increased lean mass, and the inactive form with reduced body fat.

These findings are important since the prevalence of vitamin D deficiency is on the up and the risk of deficiency can be increased by lack of sunlight exposure, skin pigmentation, obesity, and the use of certain medications. There are also particular implications with the ageing population, who are at increased risk of falls, fractures, serious illness, and loss of independence due to reduced muscle mass and strength, known as sarcopenia. These findings will no doubt also be of interest in the area of performance in sports and exercise.

The research has highlighted the importance of analysing multiple forms of vitamin D in studies looking at muscle effects, but questions remain regarding what the optimum levels of the different forms of vitamin D may be. Our next step is to perform studies on the effects of vitamin D supplementation, in order to confirm causality. We have also identified potentially important gene targets for determining muscle function – these will be investigated further.

by Ronni Tichenor and Jennie Weaver
Children raised in homes with abuse, addiction, mental illness, and other traumas typically live in…