Why Do People Choose Expensive Branded Drugs Over Cheap Generics? 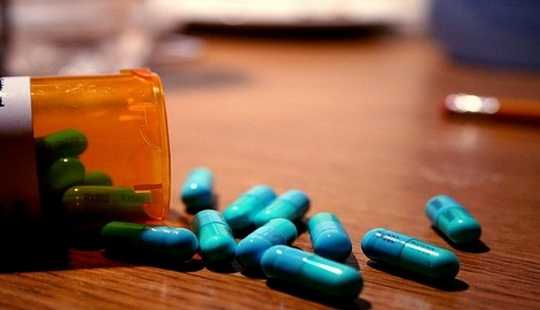 The Australian federal court has accused Reckitt Benckiser of misleading consumers. The UK-based company has been marketing products in their Nurofen range for specific types of pain. The truth is, they all contain the same active ingredient: an analgesic drug called ibuprofen. Ibuprofen can’t be targeted at any specific pains.

No real harm done, you might think, except that these products were sold for twice the price of “standard” Nurofen.

While there may be some value in allowing people to shop by symptom, rather than active ingredient, the price seems inappropriately high. But perhaps not high enough to warrant the media outrage expressed. Is the real issue that we’re squeamish about companies making a profit from our suffering?

A time-starved generation of “baby boomers” convinced that “we’re worth it”, together with the entitled narcissism of the “millennials”, believe that when we’re in pain, we want the absolute best thing there is to treat it, quickly, with no compromise. As well as the simplified choices of shopping by symptom, products seemingly designed to treat our exact discomforts (period pain, headaches, hangovers) are likely to be seen as more effective than a general purpose painkiller.

Also, we believe in science – and particularly medical science – as a credible, rational source of authority; hence all those ads featuring men (usually men) in white coats. Surely these patricians wouldn’t mislead us, just for profit?

Does The Court’s Decision Really Benefit Us?

The Australian federal court’s protective policing may benefit the consumer in the short term, but there is a flip side. We are likely to be reassured by this that future claims will be “legal, decent, honest and truthful”, making us more likely to give them credence, rather than taking a look at the small print and thinking for ourselves a little – the last thing that most brands would want.

So far, so heinous. Such claims - identical products, different promises, and different prices - seem worthy of an Apprentice facing the boardroom wrath of Lord Sugar for shady dealing on a market stall.

However, imagine for a moment that you’re a GP in private practice. Concerned parents of a six-year-old in pain bring her to see you. With no underlying trauma or organic condition to treat, you decide that the pain will certainly stop after a few days. A mild analgesic will help a little in the meantime, but the effects will be significantly boosted if the little patient can be convinced that her medicine is made specially to treat her tummy-ache. Even more so, if her loving parents also believe this. And, for her parents to really believe, you will need to charge them many times what they would pay for the same drug at a chemist. What price truth then?

The Power Of Belief

Numerous studies have demonstrated the potency of the placebo effect. So, although at face value it seems unfair to market an identical ibuprofen product for specific aliments or to different consumer segments (leading perhaps to multiple purchases where one would have sufficed), there may be an argument that doing so can genuinely increase its effectiveness in the areas specified through the sheer power of the belief.

While “rational” commentators can decry this as foolish, the science would suggest it works. Further, because of our tendency to alter our views to reduce cognitive dissonance (the mental discomfort we feel when we hold two or more conflicting ideas or values), by charging a premium for such “targeted” products, we – the consumer – may well amplify any placebo effect present in order to justify our purchase (as when people claim fantastic efficacy for expensive branded wrinkle creams, while thinking the “Lidl equivalent” to be ineffective).

Although there is nothing in the public domain to suggest any noble purpose on the part of Reckitt Benckiser, an unintended effect of removing this “targeted” range may be to leave some consumers less able to treat their pain. Placebos add a tint of grey to ethical considerations in medical treatment. Greater leeway might be of genuine value, beyond just profit, in how some products are described or positioned. Rather than simply exploiting our fears and playing to our baser instincts, perhaps effective marketing, in this arena at least, could contribute something to the sum of human happiness.

Leslie Hallam, Course Director, Psychology of Advertising Masters Programme, Lancaster University. The Master's programme at Lancaster University is a unique interface between the worlds of academic psychology and the communications industry, preparing students for a role in which they can draw on leading-edge academic research and theoretical understanding to enrich their subsequent careers in research or planning Waking from a Dream of Covid-19

Evolve You, Evolve The Planet