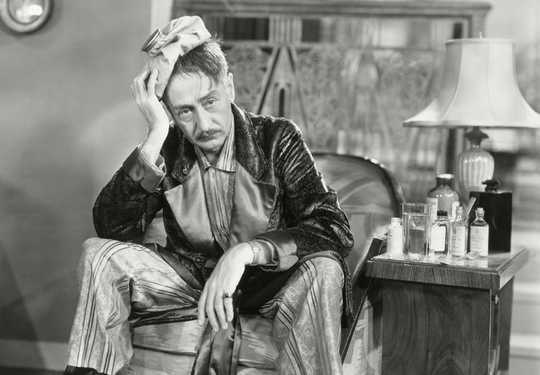 A night of revelry can mean an uncomfortable day after. Everett Collection/Shutterstock.com

Those nasty vertigo-inducing, cold sweat-promoting and vomit-producing sensations after a raucous night out are all part of your body’s attempt to protect itself from injury after you overindulge in alcoholic beverages. Your liver is working to break down the alcohol you consumed so your kidneys can clear it out ASAP. But in the process, your body’s inflammatory and metabolic reactions are going to lay you low with a hangover.

As long as people have suffered from hangovers, they’ve searched in vain for a cure. Revelers have access to a variety of compounds, products and devices that purport to ease the pain. But there’s a lot of purporting and not a lot of proof. Most have not been backed up well by science in terms of usefulness for hangover treatment, and often their effects don’t seem like they’d match up with what scientists know about the biology of the hangover. 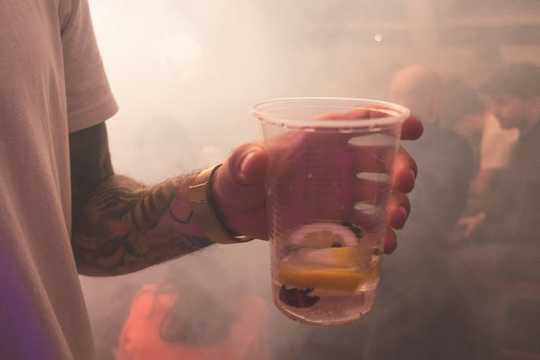 Drain enough cups of booze in one session and you know what’s bound to follow. Laura buron/Unsplash, CC BY-ND

Working overtime to clear out the booze

Hangovers are virtually guaranteed when you drink too much. That amount varies from person to person based on genetic factors as well as whether there are other compounds that formed along with ethanol in the fermentation process.

Over the course of a night of heavy drinking, your blood alcohol level continues to rise. Your body labors to break down the alcohol – consumed as ethanol in beer, wine or spirits – forming damaging oxygen free radicals and acetaldehyde, itself a harmful compound. The longer ethanol and acetaldehyde stick around, the more damage they can do to your cellular membranes, proteins and DNA, so your body’s enzymes work quickly to metabolize acetaldehyde to a less toxic compound, acetate.

Over time, your ethanol levels drop through this natural metabolic process. Depending on how much you consumed, you’re likely to experience a hangover as the level of ethanol in your blood slowly returns to zero. Your body is withdrawing from high levels of circulating alcohol, while at the same time trying to protect itself from the effects of alcohol.

Scientists have limited knowledge of the leading causes of the hangover. But they do know that the body’s responses include changes in hormone levels to reduce dehydration and cellular stress. Alcohol consumption also affects a variety of neurotransmitter systems in the brain, including glutamate, dopamine and serotonin. Inflammation increases in the body’s tissues, and the healthy gut bacteria in your digestive system take a hit too, promoting leaky gut.

Altogether, the combination of all these reactions and protective mechanisms activated by your system gives rise to the experience of a hangover, which can last up to 48 hours.

Your misery likely has company

Drinking and socializing are cultural acts, and most hangovers do not happen in isolation. Human beings are social creatures, and there’s a high likelihood that at least one other individual feels the same as you the morning after the night before.

Each society has different rules regarding alcohol use, which can affect how people view alcohol consumption within those cultures. Drinking is often valued for its relaxing effect and for promoting sociability. So it’s common to see alcohol provided at celebratory events, social gatherings and holiday parties. 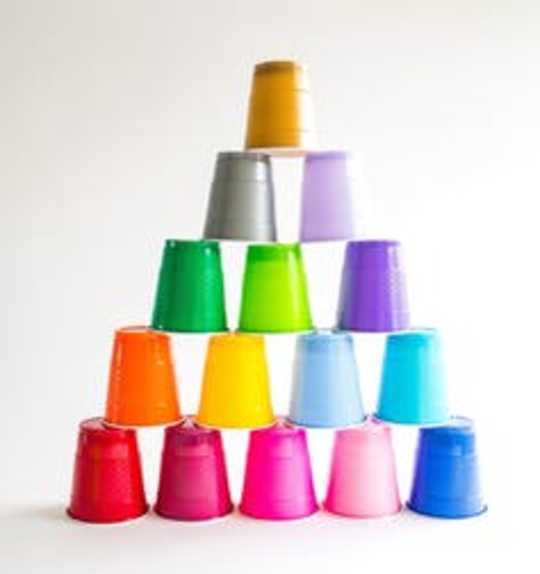 For many people, ‘partying’ is synonymous with ‘drinking.’ Lidya Nada/Unsplash, CC BY-ND

In the United States, drinking alcohol is largely embraced by mainstream culture, which may even promote behaviors involving excessive drinking. It should be no surprise that overindulgence goes hand in hand with these celebratory social events – and leads to hangover regrets a few hours later.

Your body’s reactions to high alcohol intake and the sobering-up period can influence mood, too. The combination of fatigue that you experience from sleep deprivation and hormonal stress reactions, in turn, affect your neurobiological responses and behavior. As your body is attempting to repair itself, you’re more likely to be easily irritated, exhausted and want nothing more than to be left alone. Of course, your work productivity takes a dramatic hit the day after an evening of heavy drinking.

When all is said and done, you’re the cause of your own hangover pain, and you’re the one who must pay for all the fun of the night before. But in short order, you’ll forget how excruciating your last hangover was. And you may very soon talk yourself into doing the things you swore you’d never do again.

While pharmacologists like us understand a bit about how hangovers work, we still lack a true remedy.

Countless articles describe a variety of foods, caffeine, ion replenishment, energy drinks, herbal supplements including thyme and ginger, vitamins and the “hair of the dog” as ways to prevent and treat hangovers. But the evidence isn’t really there that any of these work effectively. They’re just not scientifically validated or well reproduced.

For example, Kudzu root (Pueraria lobata), a popular choice for hangover remedies, has primarily been investigated for its effects in reducing alcohol-mediated stress and hangover. But at the same time, Kudzu root appears to inhibit the enzymes that break down acetaldehyde – not good news since you want to clear that acetaldehyde from your system quickly.

To fill this knowledge gap, our lab is working with colleagues to see if we can find scientific evidence for or against potential hangover remedies. We’ve focused on the benefits of dihydromyricetin, a Chinese herbal medicine that is currently available and formulated as a dietary supplement for hangover reduction or prevention.

Dihydromyricetin appears to work its magic by enhancing alcohol metabolism and reducing its toxic byproduct, acetaldehyde. From our findings in mice models, we are collecting data that support the usefulness of dihydromyricetin in increasing the expression and activity of enzymes responsible for ethanol and acetaldehyde metabolism in the liver, where ethanol is primarily broken down. These findings explain one of the several ways dihydromyricetin protects the body against alcohol stress and hangover symptoms.

We are also studying how this enhancement of alcohol metabolism results in changes in alcohol drinking behaviors. Previously, dihydromyricetin was found to counteract the relaxation affect of drinking alcohol by interfering with particular neuroreceptors in the brain; rodents didn’t become as intoxicated and consequently reduced their ethanol intake. Through this combination of mechanisms, we hope to illustrate how DHM might reduce the downsides of excessive drinking beyond the temporary hangover, and potentially reduce drinking behavior and damage associated with heavy alcohol consumption.

Of course, limiting alcohol intake and substituting water for many of those drinks during an evening out is probably the best method to avoid a painful hangover. However, for those times when one alcoholic beverage leads to more than a few more, be sure to stay hydrated and catch up on rest. Your best bet for a smoother recovery is probably some combination of nonsteroidal anti-inflammatory drug like ibuprofen, Netflix and a little downtime. by Gary Sacks, Deakin University
Public health experts have long argued that when it comes to preventing obesity, we need to stop…