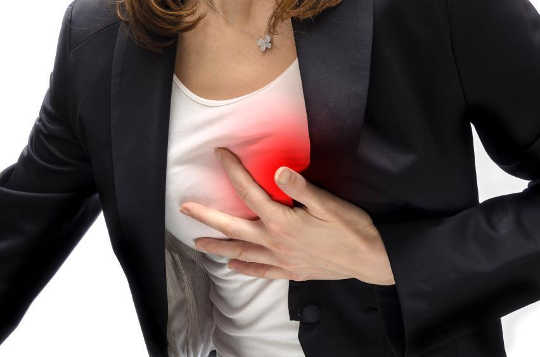 One out of every 2,000 people suffers from long QT syndrome, which can lead to heart failure. For these people, too much sugar may be dangerous, research shows.

“If you suffer from long QT intervals, you should be careful not to consume a lot of sugar at once. In fact, a medium-size soft drink is enough to cause the blood sugar to drop to dangerously low levels further increasing the QT interval,” says Associate Professor Signe Sørensen Torekov from the department of biomedical sciences and the Metabolism Center at the University of Copenhagen.

“At worst, this can lead to disordered cardiac rhythm and heart failure.”

In the new study the researchers have shown that the potassium channel called hERG, in addition to being connected to the insulin level, is also connected to two other hormones, GLP-1 and GIP, which also overreact and signal to the body to produce even more insulin. At the same time, in LQTS patients the hormone responsible for protecting the body against low blood sugar levels is impaired.

“When a healthy individual experiences low blood sugar levels, the hormone glucagon reacts by signaling to the body to release more sugar into the blood. But the glucagon level in people suffering from LQTS is too low. This means that not only does the patient’s insulin level increase to twice the amount seen in healthy individuals, the hormone responsible for raising the blood sugar from a dangerously low level is equally impaired,” Torekov explains.

The research has resulted in some advice for LQTS patients: be careful not to consume too large amounts of sugar at once if you want to minimize the risk of low blood sugar and so further increasing your QT interval.

The researchers report their work in the journal Circulation. by Richard Steed, University of Copenhagen
"If an overweight person is able to maintain an initial weight loss—in this case for a year—the… by Richard Steed, University of Copenhagen
If you use your area’s air pollution as a reason not to exercise, you might need to find a better…