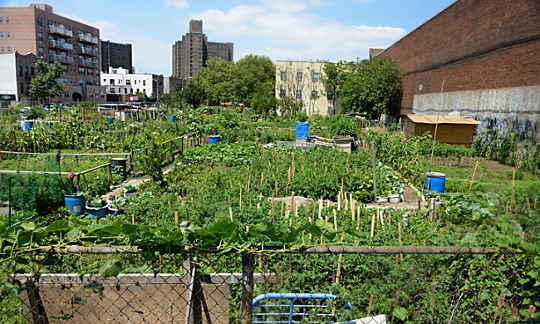 As the proverb goes, no self-respecting Cherokee would ever be without a corn patch. But since the Trail of Tears, the nation had forgotten how to farm corn or, for that matter, any other heirloom crop cultivated from seeds passed down from their ancestors. The effects of this loss had been devastating: Diabetes and obesity were on the rise, and, like many other tribes across the country, the Cherokee struggled with addiction, depression, and violence.

Around 2006, Cherokee leaders approached administrative liaison Pat Gwin about starting a seed bank. They already had launched an initiative to improve health care access and infrastructure at the reservation; now, they wanted to go even deeper by recovering ancestral seeds to preserve their cultural heritage.

“It was like peeling back an onion,” Gwin says of the process, which took years of researching and collecting. As he and staff worked with seed banks, museums, and elders to accumulate seeds, they reached a point where they had too many to save. They now had a surplus, and Gwin saw an opportunity: Why not offer the excess seeds online to members? Since then, thanks to a small team, 5,000 packets of heirloom seeds—like Cherokee White Eagle Corn and Georgia Candy Roaster Squash—find their way into the mailboxes of more than 1,000 Cherokee citizens every February.

The experience has been bittersweet. “It was actually sad in the beginning because we couldn’t remember how to grow,” says Gwin. The seeds were an integral part of Cherokee language and culture, and without them, members felt estranged from their heritage. But no longer: More and more want seeds each year, and more than half of the seeds land in the hands of nation expats, many of whom live in California, reconnecting distant Cherokee across space and time. —Erin Sagen

Growing a lush woodland ecosystem might seem an impossible horticultural task to most urban green thumbs. But the Edible Forest Garden at Roger Williams Park in southern Providence proves otherwise. Initially planted in 2012, it’s designed to mimic the architecture of a forest, with its canopy structure and layers, and to be sustained without human intervention. In other words: no plowing, no problem.

“This is a new concept for a lot of people,” says Jaime Nash, a University of Rhode Island master gardener and program leader. Located inside a food desert, the half-acre forest garden can be replicated on any scale just about anywhere and can grow just about anything, he says. Nearby communities don’t take their proximity for granted—surplus produce is donated to food pantries in the area and can include varieties not commonly sold in stores. Hardy kiwi or pawpaw, anyone? —Erin Sagen

As Denver faces gentrification and a skyrocketing population, a backyard gardening movement is helping the neighborhood of Westwood keep locals from being priced out. The solution: building an economy they control.

Re:Farm started in 2009 as a program by nonprofit Re:Vision to teach low-income households to grow fruits and vegetables. As the program grew to 400 families, Re:Vision secured 2 acres to develop a grocery co-op where the community could sell extra produce. But the organization didn’t stop there: It plans to develop the land into WestwoodHUB, a network of community-owned businesses, including a greenhouse, fitness center, and educational kitchen.

“It’s about putting more resources into the community that the people are in control of,” says Re:Vision co-founder Eric Kornacki. —Araz Hachadourian

Erin Sagen wrote this article for 50 Solutions, the Winter 2017 issue of YES! Magazine. Erin is an associate editor at YES! She lives in Seattle and writes about food, health,  and suburban sustainability. Follow her on Twitter @erin_sagen. by Ted W. Baxter
I came across self-improvement mogul Tony Robbins not long after that conversation with my…

The Rock Balancer’s Guide to Mindfulness and Peace of Mind