7 Things To Eat Or Avoid To Lower Your Blood Pressure 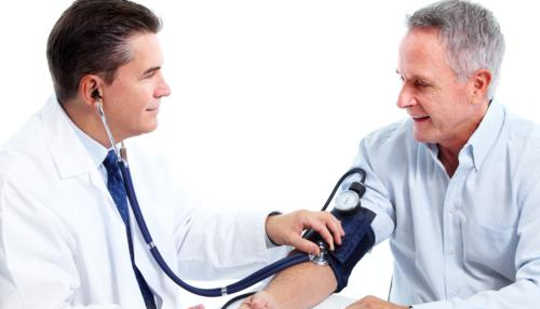 No wonder heart disease and stroke directly cost the Australian economy A$7.7 billion a year.

There is some good news. High blood pressure can be treated or prevented. Eating oats, fruit and vegetables – and beetroot, in particular – helps. So does avoiding salt, liquorice, caffeine and alcohol.

Optimal blood pressure is 120 mmHg or less over 80 mmHg or less. Lowering it by 1-2 mmHg can have a big impact on reducing your risk of heart disease and stroke, and the nation’s health care costs.

What to eat to lower your blood pressure

This quantity of oats or oat bran contains around four grams of a type of fibre called beta-glucan.

For each extra one gram of total daily fibre, there was an extra 0.11 mmHg reduction in diastolic blood pressure.

While some of fibre’s effect is due to weight loss, soluble fibres produce bioactive products when they’re fermented in the large bowel. These work directly to lower blood pressure.

To improve your blood pressure, eat rolled oats or oat bran for breakfast, add to meat patties, or mix with breadcrumbs in recipes that call for crumbing.

Beetroot is extremely rich in a compound called inorganic nitrate. During digestion, this gets converted into nitric oxide, which causes arteries to dilate. This directly lowers the pressure in them.

The men were randomly assigned to drink 250ml (one cup) of beetroot juice daily for four weeks or a non-active placebo.

Try wrapping whole fresh beetroot in foil and baking in the oven until soft, or grate beetroot and stir-fry with red onion and curry paste and eat as a relish.

Vitamin C, or ascorbic acid, is found in fresh vegetables and fruit. An average serve contains 10-40mg of vitamin C.

In a review of 29 short-term trials of vitamin C supplements, people were given 500 mg of vitamin C per day for about eight weeks.

One advantage of getting more vitamin C from eating more vegetables and fruit is that you boost your potassium intake, which helps counter the effects of sodium from salt.

What to avoid to lower your blood pressure

Salt or sodium chloride has been used to preserve foods and as a flavour enhancer for centuries.

But in Australia seven out of ten men and three in ten women eat way more than that – and much more than the upper recommended limit of 5.9 grams of salt (about one teaspoon) or 2,300 mg of sodium per day.

If you add salt to food yourself this pushes your sodium intake even higher.

A review of studies involving 3,230 people showed that reducing salt intakes by 4.4 grams a day could reduce systolic blood pressure by about 4.2 mmHg and diastolic by 2.1 mmHg.

In those who had high blood pressure there were even bigger reductions of 5.4 mmHg (systolic) and 2.8 mmHg (diastolic).

Interestingly, when you first drink an alcoholic beverage, blood pressure goes down, only to rise later.

A rise in blood pressure after drinking alcohol is more likely to happen when you’re awake, rather during sleep.

The bad news is that larger amounts of alcohol increase your risk of high blood pressure, especially in men, but also to a lesser extent in women.

High blood pressure due to eating black liquorice is rare, but case reports have occurred.

Caffeine is most commonly consumed in coffee, tea, cola and energy drinks.

High intakes of caffeine from coffee increase blood pressure in the short term.

But three studies that lasted two weeks found drinking coffee did not increase blood pressure compared with decaffeinated coffee or avoiding caffeine. So you need to monitor your individual response to caffeine.