How Beet Juice Strengthens You After Heart Failure 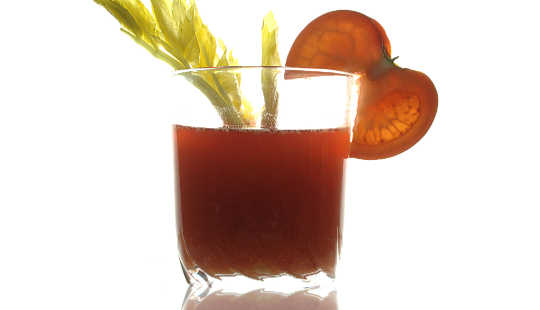 “A lot of the activities of daily living are power-based—getting out of a chair, lifting groceries, climbing stairs. And they have a major impact on quality of life. We want to help make people more powerful because power is such an important predictor of how well people do, whether they have heart failure, cancer, or other conditions.

Based on research in elite athletes, especially cyclists who use beet juice to boost performance, the study’s corresponding author, Andrew R. Coggan, assistant professor of radiology, suggested trying the same strategy in patients with heart failure.

In the journal Circulation: Heart Failure, the scientists report data from nine patients with heart failure. Two hours after the treatment, patients demonstrated a 13 percent increase in power in muscles that extend the knee.

The researchers observed the most substantial benefit when the muscles moved at the highest velocities. The increase in muscle performance was significant in quick, power-based actions, but researchers saw no improvements in performance during longer tests that measure muscle fatigue.

Patients in the study served as their own controls, with each receiving the beet juice treatment and an identical beet juice placebo that had only the nitrate content removed. There was a one- to two-week period between trial sessions to be sure any effects of the first treatment did not carry over to the second. Neither the trial participants nor the investigators knew the order in which patients received the treatment and placebo beet juice.

The researchers also point out that participants experienced no major side effects from the beet juice, including no increase in heart rates or drops in blood pressure, which is important in patients with heart failure.

How Instagram Could Help Us Stick To Our Diets

Trouble Losing Weight? Eight Ways to Pick up the Pace

Eating According to your Ancestry & Blood Type

Heart failure can have various triggers, from heart valve problems to viral infections, but the result is the heart’s gradual loss of pumping capacity.

“The heart can’t pump enough in these patients, but that’s just where the problems start,” says Peterson, a cardiologist and director of Cardiac Rehabilitation at Washington University and Barnes-Jewish Hospital.

“Heart failure becomes a whole-body problem because of the metabolic changes that happen, increasing the risk of conditions such as insulin resistance and diabetes and generally leading to weaker muscles overall.”

While the trial was not designed to find out whether patients noticed an improved ability to function in daily life, the researchers estimated the size of the benefit by comparing the improvement in muscle power with what is seen from an exercise program.

“I have compared the beet-juice effect to Popeye eating his spinach,” says Coggan, who specializes in exercise physiology. “The magnitude of this improvement is comparable to that seen in heart failure patients who have done two to three months of resistance training.”

The nitrates in beet juice, spinach, and other leafy green vegetables such as arugula and celery are processed by the body into nitric oxide, which is known to relax blood vessels and have other beneficial effects on metabolism.

“One problem in aging is the muscles get weaker, slower, and less powerful,” Coggan says. “Beyond a certain age, people lose about 1 percent per year of their muscle function. If we can boost muscle power like we did in this study, that could provide a significant benefit to older individuals.”

Support for the work came from the Foundation for Barnes-Jewish Hospital, the Washington University Mentors in Medicine and C-STAR programs, and a Washington University Institute of Clinical and Translational Sciences grant from the National Center for Advancing Translational Sciences of the National Institutes of Health (NIH). by Deborah Fuller, University of Washington
The idea of using genetic material to produce an immune response has opened up a world of research… Who’s To Blame In The Ukraine-Russia Standoff?

by Alexander Hill, University of Calgary
In the West, the current standoff between Ukraine and Russia has typically been presented as one in… Hero Worship: Who's Your Hero?

by Marie T. Russell
Hero worship has existed "forever"... it seems that humans have a need to worship someone or…

One Mighty Misperception Challenged by the Light of this Virgo Moon

by Sarah Varcas
Life, in all its often hectic confusion, can sometimes feel like a million individual plates we…

Woman Overboard: The Depths of Depression

by Gary Wagman, Ph.D., L.Ac.
It is estimated that 8 to 15 percent of all women are faced with depression at one time or another…