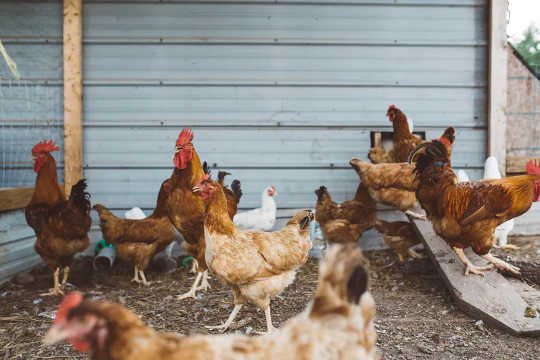 The Singapore Food Agency has approved “chicken bites” containing meat made from real chicken cells that were grown outside of a chicken’s body. Alongside similar news from Israel, the Singapore ruling is being hailed as a watershed moment for cultured meat and the broader field of cellular agriculture.

Admittedly, these bites aren’t quite what cellular agriculture’s biggest advocates might hope they would be. Some problems are decidedly practical. For example, the bites remain pricier than meat produced by farming and killing chickens. This will be a major obstacle for consumer acceptance. But the bites’ producer – Eat Just – is planning to increase production, bringing down the costs.

Some problems, however, are ethical. The bites are made using foetal bovine serum – a particularly gruesome slaughter byproduct widely used in biomedical research. This, too, is a problem that can be overcome. The next production line, Eat Just claims, will replace foetal bovine serum with a plant-based alternative. 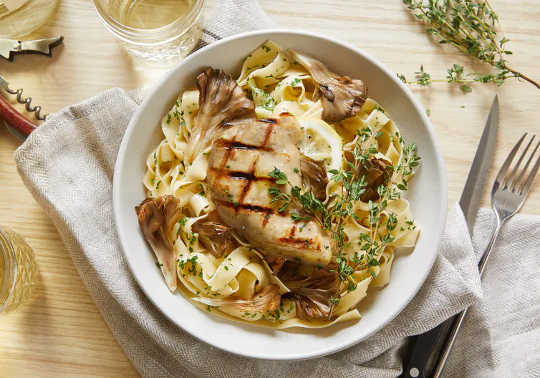 But we can also ask about the ethics of cellular agriculture more broadly. The prospect of cultured meat taking a share of the global meat industry sounds, on the face of it, like good news. Today’s meat industry is hellish for the tens of billions of animals (trillions, including fish) it kills annually and is an environmental disaster.

Cultured meat offers the opportunity for a different meat industry: one that does not rest on the suffering and death of animals; one that does not risk the development of pandemics and antibiotic resistant superbugs; one that uses less space and releases less carbon into the atmosphere.

But not everyone is a fan. Unsurprisingly, those with a stake in the meat industry attack cultured meat. And important questions can be raised about whether the most environmentally friendly food system would contain grazing animals or not. But much interesting criticism comes from a more surprising source: animal advocates. Though plenty of prominent advocates – including organisations, writers, and academics – offer (cautious) support for cellular agriculture, others are more critical.

One common argument against cultured meat goes something like this. Meat affirms a moral hierarchy with humans above and animals below. To give animals their due, therefore, we should challenge the place meat has in diets, cultures and economies. Cultured meat does not do this. In fact, it reaffirms meat’s place: meat is so important, the argument goes, that we’ll go to all this trouble to produce it.

Criticism like this used to make me think that cultured meat wouldn’t be part of a world where animals had been truly liberated. But I still thought that cultured meat could help us take steps toward that world, and argued as much in 2016. My support for cultured meat was, if you like, pragmatic. I would have seen Singapore’s chicken bites as good news, but not great news.

In my current research, however, I ask whether there are ways that we can champion animals without downplaying the importance of food. And this has led me to view cultured meat more warmly.

We can accept that meat has troubling associations. But let’s remember that associations and perceptions of food can change – quickly. My grandparents’ school dinners included whale; I’ve never seriously considered whales as edible. Meanwhile, I doubt any of my grandparents ever ate sushi – without exaggeration, they would have struggled to recognise it as food. I first ate (fish-free) sushi in my teens, and I’ve eaten it since.

Even if meat is tied up in beliefs (latent or otherwise) about human superiority, it need not be in the future. Perhaps, among our grandchildren, very different ideas about what meat is and what it means will predominate.

But why not just abandon meat altogether? My answer is simple. Many humans – and let’s not forget that humans are animals too – value access to meat. Some like the taste of it. Some associate it with good times and with the people they love. It forms part of cultural or religious identities. These things are important – and they give us a reason to want meat to remain available in the future. This is not just pragmatic animal activism, it’s a recognition that meat, despite its problems, can be a good thing.

Let me not be misunderstood. I do not think that the value many people place in meat justifies the awful things that animal agriculture does to animals, to our planet and to our public health. Not at all. I am a vegan, and I think you should be too. But the importance that people place in meat matters enough for me to raise a loud cheer for the news from Singapore. Should Lab-grown Meat Be Labelled As Meat When It's Available For Sale?

by Hope Johnson
Australian regulators will soon be faced with a challenge: can animal flesh produced in a lab be… Would You Eat Meat Grown From Cells In A Laboratory? Here's How It Works

by Leigh Ackland
For many of us, eating a meal containing meat is a normal part of daily life. But if we dig deeper,… by Matti Wilks
The world is in the grips of a food-tech revolution. One of the most compelling new developments is… by Sylvain Charlebois
The Food Price Report 2019, released by Dalhousie University and the University of Guelph in… Would You Eat Cultured Meat From A Lab?

by Walter Johnson, Andrew Maynard and Sheril Kirshenbaum
It’s been a busy summer for food-based biotech. The U.S. Food and Drug Administration made…