How Your Gut Microbiota Affects Your Mood, Sleep And Stress Levels 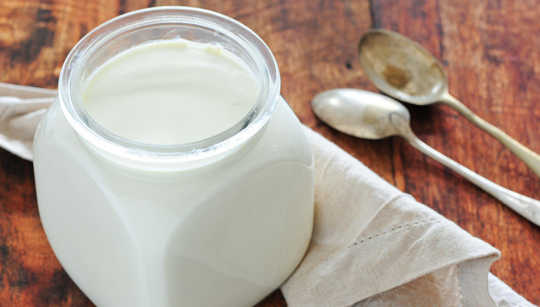 The gut microbiota is the community of bugs, including bacteria, that live in our intestine. It has been called the body’s “forgotten organ” because of the important role it plays beyond digestion and metabolism.

You might have read about the importance of a healthy gut microbiota for a healthy brain. Links have been made between the microbiota and depression, anxiety and stress. Your gut bacteria may even affect how well you sleep.

But it can be difficult to work out exactly how far the science has come in this emerging field of research. So what evidence is there that your gut microbiota affects your brain?

How does your gut talk to your brain?

When you’re healthy, bacteria are kept safely inside your gut. For the most part, the bacteria and your gut live in harmony. (The gut has been known to nurture or even control the behaviour of the bacteria for your well-being.)

So how do the bacteria get their signal out?

The best evidence is that the normal channels of communication from your gut are being hijacked by the bacteria.

The gut has a bidirectional relationship with the central nervous system, referred to as the “gut-brain axis”. This allows the gut to send and receive signals to and from the brain.

A recent study found that the addition of a “good” strain of the bacteria lactobacillus (which is also found in yoghurt) to the gut of normal mice reduced their anxiety levels. The effect was blocked after cutting the vagus nerve – the main connection between brain and gut. This suggests the gut-brain axis is being used by bacteria to affect the brain.

This link was clarified in a study where bacterial metabolites (by-products) from fibre digestion were found to increase the levels of the gut hormone and neurotransmitter, serotonin. Serotonin can activate the vagus, suggesting one way your gut bacteria might be linked with your brain.

There are many other ways gut bacteria might affect your brain, including via bacterial toxins and metabolites, nutrient-scavenging, changing your taste-receptors and stirring up your immune system.

How can the gut affect your mental health?

Two human studies looked at people with major depression and found that bacteria in their faeces differed from healthy volunteers. But it’s not yet clear why there is a difference, or even what counts as a “normal” gut microbiota.

In mouse studies, changes to the gut bacteria from antibiotics, probiotics (live bacteria) or specific breeding techniques are associated with anxious and depressive behaviours. These behaviours can be “transferred” from one mouse to another after a faecal microbiota transplant.

Even more intriguingly, in a study this year, gut microbiota samples from people with major depression were used to colonise bacteria-free rats. These rats went on to show behavioural changes related to depression.

Stress is also likely to be important in gut microbiota and mental health. We’ve known for a long time that stress contributes to the onset of mental illness. We are now discovering bidirectional links between stress and the microbiota.

In rat pups, exposure to a stressor (being separated from their mums) changes their gut microbiota, their stress response, and their behaviour. Probiotics containing “good” strains of bacteria can reduce their stress behaviours.

How gut microbiota affects your mood

Medical conditions associated with changes in mood, such as irritable bowel syndrome (IBS) and chronic fatigue syndrome (CFS), might also be related to gut microbiota.

IBS is considered a “gut-brain disorder”, since it is often worsened by stress. Half of IBS sufferers also have difficulties with depression or anxiety.

Ongoing research is investigating whether gut bacteria are one reason for the mood symptoms in IBS, as well as the gastrointestinal pain, diarrhoea and constipation.

Similarly, CFS is a multi-system illness, with many patients experiencing unbalanced gut microbiota. In these patients, alterations in the gut microbiota may contribute to the development of symptoms such as depression, neurocognitive impairments (affecting memory, thought and communication), pain and sleep disturbance.

In a recent study, higher levels of lactobacillus were associated with poorer mood in CFS participants. Some improvements in sleep and mood were observed when patients used antibiotic treatment to reduce gut microbial imbalance.

The exact contributions of stress and other factors such as intestinal permeability (which allows nutrients to pass through the gut) to these disorders are not understood. But the downstream effects seem to be involved in IBS, inflammatory bowel conditions, CFS, depression and chronic pain.

How our gut affects our sleep

Our mental health is closely linked to the quality and timing of our sleep. Now evidence suggests that the gut microbiota can influence sleep quality and sleep-wake cycles (our circadian rhythm).

A study this year examined patients with CFS. The researchers found that higher levels of the “bad” clostridium bacteria were associated with an increased likelihood of sleep problems and fatigue, but this was specific to females only. This suggests that an unbalanced gut may precipitate or perpetuate sleep problems.

There is emerging evidence that circadian rhythms regulate the gut immune response. The effect of immune cells on the biological clock could provide insights into the possible bidirectional relationship between sleep and the gut. For example, data from animal studies suggests that circadian misalignment can lead to an unbalanced gut microbiota. But this effect can be moderated by diet.

There is growing concern that disruptions to our circadian timing of sleep leads to a range of health issues, such as obesity, metabolic and inflammatory disease, and mood disorders. This is particularly important for shiftworkers and others who experience changes to their sleep/wake patterns.

What this means for treatment

In terms of using interventions directed at the gut to treat brain disorders – so called “psychobiotics” – there is a lot of promise but little clear evidence.

Probiotic (live bacteria) treatments in mice have been shown to reduce cortisol, an important stress hormone, and decrease anxious and depressive behaviours.

But there are very few studies in humans. A recent systematic review of all the human studies showed the majority do not show any effect of probiotics on mood, stress or symptoms of mental illness.

On the plus side, large studies show us that people who eat a balanced diet with all the usual good stuff (fibre, fresh fruit and vegetables) have lower rates of mental illness as adults and adolescents.

Clearly, diet affects both the gut microbiota and mental health. Research is ongoing to see whether it is a healthy gut microbiota that underlies this relationship.

A healthy gut microbiota is linked to a healthy brain. However there are only a handful of human studies demonstrating real-world relevance of this link to mental health outcomes.

There is still a way to go before we can say exactly how best to harness the microbiota in order to improve brain function and mental health. Remind Me Again, Why Is Salt Bad For Me?

by Evangeline Mantzioris, University of South Australia
Salt has been used in food preservation for centuries, and idioms like “worth your weight in salt”… New Research Shows Why Avocados May Be Even More Healthy The Dangers Of Eating Raw Meat

by Colin Michie, University of Central Lancashire
The animals we eat share this planet with us. We are all surrounded by an amazing diversity of…

Creative Skills Will Be Crucial To The Future Of Work

How People Conform To Their Pets’ Stereotypical Traits

Mindfulness: The Gateway to a Healthier and More Expansive Brain

How Meditation Rewires the Brain for Life-Changing Experience

What You Need To Know About Inflation

by Nicholas Li
Inflation is one of the most pressing political and economic issues of the moment, but there are…

by Seren Bertrand
Medieval alchemists were dedicated to birthing a golden consciousness. This awakened consciousness…

by Thom Hartmann
Forgiving student debt is not a slap at anybody; it's righting a moral wrong inflicted on millions…

3 Reasons Disinformation Is So Pervasive And What To Do

by Mathieu O'Neil and Michael Jensen
Governments, organisations and individuals are spreading disinformation for profit or to gain a…