Does Drinking Really Make You Happy? 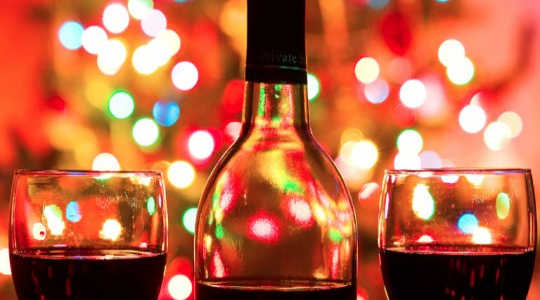 For those of us that partake, drinking alcohol is often seen as a balancing act that weighs up the pleasures of drinking against the pains. Government regulation is often seen the same way, weighing the benefits of pleasure and freedom of the individual on one hand against the cost of crime and health harms on the other. Yet while such simplicity has its charms, it might actually lead to bad alcohol policies that don’t achieve the best balance between pleasure and pain.

For example, in the eyes of some – including simplistic versions of cost-benefit models used by some governments - every time you have a drink you make a fully rational decision to maximise your own utility. This ignores issues of alcohol addiction and the fact that it’s quite a stretch to describe yourself as “fully rational” at 2am after ten pints when a friend has just suggested a round of tequila. But because pleasure is not generally something that alcohol researchers examine, the alcohol debate is dominated by either these naive models or optimistic assertions by lobbyists about alcohol’s happiness-inducing effects.

In a new paper published in Social Science and Medicine, George MacKerron and I examined what evidence there was to tease out the relationship between alcohol and happiness. To try to capture some of the complexities, we took two approaches:

One study collected data from iPhone users through the Mappiness app app George created, which buzzed people a couple of times a day to ask how happy they were, what they were doing, and who they were doing it with. This is a huge study, with over 2m observations from more than 30,000 people.

The other study was more traditional, using the 1970 British Cohort Study to see how the cohort’s members’ alcohol consumption changed between the ages of 30, 34 and 42, and what links we can see between changes in their life satisfaction and their drinking.

What we found is that alcohol does make you happier in the moment, by about three to four points on a zero to 100 scale. These models look at changes within individuals over time, and ignore differences between different sorts of people. There’s also no sign of a hangover effect on happiness, although people tend to be less awake the morning after drinking.

But there are several substantial caveats to this evidence of a pleasurable effect. There is a relatively small overspill of happiness into moments when people are not drinking (a difference of less than 0.5 points on a zero to 100 scale between those weeks or months in which people drink more versus less often). What’s more, looking at year-to-year changes, people are no more satisfied with life in heavier-drinking years than in lighter-drinking years. Indeed, if they develop a drink problem, then they become noticeably less satisfied with life (by about 0.2 points on a zero to ten scale).

These are the effects on average, and there is good reason to think that different patterns of drinking in different settings will have different effects on different types of people. The iPhone users in the Mappiness study, for example, are much younger and richer than average, and we only know whether people are drinking, not the amount they drink or indeed what they’re drinking. Anecdotally, most of us can think of drinks that we particularly enjoyed, and others that, in retrospect (or even at the time), made us less happy.

To return to alcohol policies, these findings challenge the naive assumption that all drinking makes us more happy in every way, and prompts us to think more carefully about what we might mean by “pleasure” or “happiness” in this context. Instead, it should make us consider whether there are possible policies that could help us cut down only the drinks that don’t make us happy. It might even be the case that – as found for cigarette taxes – certain regulation may make us happier as well as healthier than we were before.

Most of all, we need to stop reducing the whole spectrum of human pleasure to naive economic models or the vested interests of governments, companies or lobby groups, and actually think about how much we value different aspects of pleasure and enjoyment – including how we drink alcohol – and which policies best balance alcohol’s pleasures against its harms. by Craig Gunn, University of Bristol
For most people, hangovers involve a headache, fatigue, thirst or nausea. But some people also… How We Got Our Taste For Sweets

by Stephen Wooding, University of California, Merced
People’s love for sweet is so visceral, food companies lure consumers to their products by adding… Are Your Food Cravings Based on Emotional or Physical Needs?

by Doreen Virtue
Food cravings often stem from basic unmet needs for fun, excitement, or love -- issues most would… by Brigitte Mars
Sugar is not only the most prevalent addiction in our society, but it's also the least recognized…