Why It's Good To Eat Walnuts 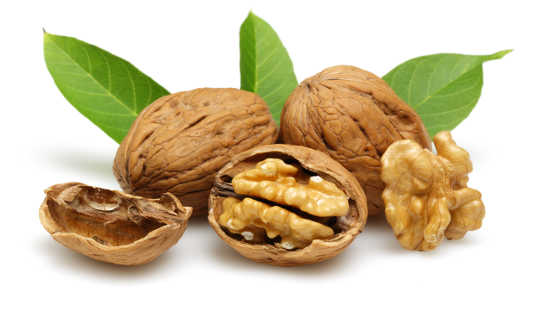 One British title chose to focus on a rather different story. “Walnuts prevent heart disease,” declared the Daily Express in a huge, front-page headline. It might have had retirees rushing to buy them by the sackful.

So, pickled, chopped, on cakes or just eaten on their own, walnuts taste great. But what are the health benefits? And do they really prevent heart disease?

The excitement at the Express came from the abstract of a study on walnuts and health ageing, presented recently at a conference in San Diego. It suggested that eating walnuts every day might help to lower LDL-cholesterol, a risk factor for heart disease.

Based on the conference abstract alone, it’s probably too early to make this sort of recommendation – the work hasn’t been formally peer-reviewed and published yet, and we don’t know enough about the details of the study design to know whether the results are reliable.

From the abstract, it appears that 707 healthy older people – recruited at a centre in Spain and one in the US – were divided into two groups. One group supplemented their diet with walnuts, while the other (control) group continued with their normal diet, but avoided nuts (it isn’t clear whether this group avoided all nuts or just walnuts). The participants in the walnut group aimed to eat enough walnuts to make up 15% of their energy intake. The researchers then measured changes in blood cholesterol, and also in body weight – since walnuts are highly calorific, those who supplemented their diet with walnuts might be expected to put on weight.

Much too early to say

The aim was to follow the groups for two years. However, the abstract presents data for only 514 participants, only one year into the study. Fifty-six people had dropped out of the study for various unspecified reasons, and a further 137 participants had not yet had the one-year assessment. We don’t know why the researchers didn’t wait to include these 137 participants. And we can’t predict whether the early results from this subgroup are representative of the whole group, or whether there was something different about them.

Also, details of how the participants were randomised into the two groups are not given, we don’t know whether the characteristics of the two groups were the same at the beginning of the trial, and we don’t know if the people who carried out the measurements were aware of who was allocated to each treatment. These are all possible sources of bias.

Despite these reservations, the researchers did check that the walnut group had actually eaten more walnuts than the control group, by measuring the amount of a fatty acid called alpha-linolenic acid. This fatty acid is present in particularly high quantities in walnuts, but not in many other foods. Another strength of the study design was that it was based in two countries with different diets, so that the effect of adding walnuts to a Mediterranean or Western diet could be seen.

Who funded the research?

The source of funding for a research study is always worth looking at, in case the funders have vested interests in the results, and this study was supported by the California Walnut Commission.

Of course, just because research is supported by industry doesn’t necessarily mean it’s biased, but care should be taken when looking at the findings of such research and how it’s presented and interpreted. Another study funded by the California Walnut Commission, published in BMJ Open Diabetes Research and Care in 2015, also looked at the effect of eating walnuts on LDL cholesterol. Participants were again randomised to groups that either included or avoided walnuts.

In the abstract of this published paper (often the only part picked up by the media) it was reported that the group who included walnuts in their diet showed a decrease in LDL cholesterol in the blood. This is true, but what the authors failed to mention in the abstract is that the control group – who excluded walnuts from their diet – also showed a decrease in LDL cholesterol, and there were no statistically significant differences between the walnut-included and walnut-excluded groups. So LDL cholesterol levels were lowered whether or not walnuts were consumed.

Only by reading the whole research paper carefully could this be picked up, and many readers don’t get further than the abstract.

Should we be eating more nuts?

In spite of doubts about premature reporting of the new study, the results are consistent with earlier research on nuts. An analysis of the pooled results of 25 intervention studies indicated that nut consumption is likely to lower blood cholesterol. The cholesterol lowering effect might be explained by the presence of plant sterols in nuts, which can interfere with cholesterol absorption.

Nuts are also rich in B vitamins, antioxidants, minerals, fiber, omega-3 fatty acids and protein. Including nuts in your diet may help to prevent many of the chronic diseases associated with ageing, with various studies indicating that they can prevent heart disease, improve blood sugar control in people with diabetes and may prevent cancer.

In spite of their high calorie count, most people don’t put on weight, and some even lose weight, when consuming nuts on a daily basis. This might be due to the satiating effect of fat and protein, or perhaps we can’t absorb all the fat as it’s tightly stored within cells and associated with fiber that can slow down its absorption.

It’s too early to say whether we should trust the research presented in San Diego, but it is safe to say that nuts can be enjoyed as part of a healthy diet.

Jennie Jackson, Lecturer in Human Nutrition and Dietetics, Glasgow Caledonian University. She is a HCPC-registered Dietitian and a Registered Public Health Nutritionist, with clinical and research experience in obesity management and in optimising nutrition of older people with dementia. Can You Survive By Eating Nothing But Potatoes?

by Jennie Jackson, Lecturer in Human Nutrition and Dietetics, Glasgow Caledonian University
In the film The Martian, Matt Damon’s character, Mark Watney, is stranded on the red planet with… You Have Problems? And... What Is Your Vision?

by Niki J. Senior
Connecting with animals involves so much more than petting, grooming, rewarding, or feeding.…