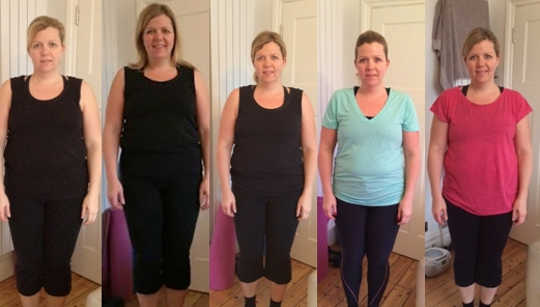 Thanks to social media, it’s hard to escape from hearing about people’s fitness levels. Sites like Facebook and Instagram provide a constant stream of information about user’s gym visits, nutrition plans and race results.

Thanks to social media, it’s hard to escape from hearing about people’s fitness levels. Sites like Facebook and Instagram provide a constant stream of information about user’s gym visits, nutrition plans and race results. Selfies chronicle every inch of fat loss and muscle gain and promote “miraculous” training plans that claim to be able shape your body with little effort.

Unfortunately, most of these claims are not scientifically based and may lead to results that don’t match your expectations. Your response to fitness training doesn’t just depend on what regime you follow but how well your genes respond to it, as well as other factors related to your lifestyle and environment. In fact, you could follow a makeover training plan and find it makes no difference to your fitness whatsoever.

In the last 20 years, research has developed an incredible number of tests that can predict how well we would perform in a competition. Some of the most well known are race-time predictors and calculators for the maximum load you can manage for weight-training exercises. These prediction tools all assume that if you do the training you’ll get the results and that you don’t have limits.

But research increasingly suggests that there are huge differences between people when it comes to how our bodies respond to exercise. This was first demonstrated in 1995 by the landmark Heritage Family Study, a project designed to evaluate the role of genetic and non-genetic factors in cardiovascular, metabolic and hormonal responses to aerobic exercise.

In one of the studies, 742 completely sedentary people were put on an identical, progressively challenging 20-week training programme, and their physiological responses measured. Participants were also adjusted for age, sex, body mass and body composition in order to study different groups equally.

Following the training, aerobic performance improved by an average of 19%. But while some participants improved by as much as 40%, others didn’t improve at all. Researchers labelled these unfortunate people “non-responders”. It’s frustrating, to say the least, to think that all those hard training sessions could amount to nothing.

There was a large variation in response to training for all ages, ethnicities, genders and levels of initial fitness. Thanks to a comparison between groups it was possible to determine that genetic factors explained about 40% of the variation in aerobic fitness after the 20-week training program. This information provides us with an idea of how important genetic factors are on performance outcomes.

The study didn’t prove exactly what other factors explained the varied results, although other research has suggested that differences in body measurements, commitment and personal willpower can play a big role. But none of the non-genetic variables measured before training appeared to influence the difference between responders and non-responders.

This suggests the variety of responses to the training programme is an example of the normal biological diversity of humans. The differences in people’s ability to adapt to regular exercise went well beyond measurement error and day-to-day fluctuations and so can tell us a lot about the physiological and metabolic mechanisms involved.

In addition, there was about 2.5 times more variance between families than within families for the gains in aerobic fitness. But there was no relationship between initial level of aerobic fitness and how much it changed after the training. So it appears that one set of genes influenced the initial level and another set of genes influenced the response to training. As a result, part of the genetic component for aerobic fitness only comes into play in response to an active lifestyle.

Other studies have tried to identify which genes and mutations are associated with fitness levels when you’re sedentary and how you respond to training. For example, a variant in the muscle form of the creatine kinase gene (CKM) has been linked to the capability of being trained for aerobic fitness. Similar projects are trying to find genes related to blood pressure, your response to glucose and insulin, how much abdominal visceral fat you produce and how much blood your heart pumps. This might help us better understand the differences between responders and non-responders.

Scientists have even created a multi-gene DNA test they claim could show you how good a responder you are. This test scores a set of DNA sequences for the occurrence of specific nucleotides, the building blocks of DNA. The combination of these scores is used to determine how likely you are to make gains in aerobic capacity following an exercise training programme. In simple terms, it can tell you whether you are a high responder or not. This could help you focus on realistic goals and change your training schedule accordingly.

But exercise isn’t just about becoming a fitness champion or transforming yourself into a social media star. In the vast majority of cases, exercise will be incredibly beneficial for your general health. Research shows that physical activity can also boost self-esteem, mood, sleep quality and energy, as well as reducing your risk of stress and depression. If you have the genetic potential to become an athlete or model you will realise it, but otherwise you should just remember to enjoy yourself.