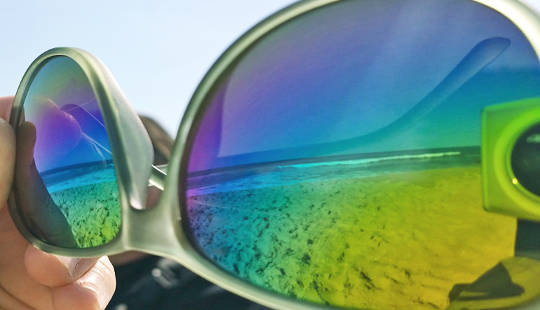 Here’s another reason to start saving for that beach house: New research suggests that residents with a view of the water are less stressed.

The study, co-authored by Michigan State University’s Amber L. Pearson, is the first to find a link between health and the visibility of water, which the researchers call blue space.

“Increased views of blue space is significantly associated with lower levels of psychological distress,” said Pearson, assistant professor of health geography and a member of MSU’s Water Science Network. “However, we did not find that with green space.”

Using various topography data, the researchers studied the visibility of blue and green spaces from residential locations in Wellington, New Zealand, an urban capital city surrounded by the Tasman Sea on the north and the Pacific Ocean on the south. Green space includes forests and grassy parks.

To gauge psychological distress, the researchers analyzed data from the New Zealand Health Survey. The national survey used the Kessler Psychological Distress Scale, or K10, which has proven to be an accurate predictor of anxiety and mood disorders. Mental health disorders are the leading cause of disability worldwide, according to the World Health Organization.

Even after taking into account residents’ wealth, age, sex and other neighborhood factors, the study found that having a view of the ocean was associated with improved mental health.

Pearson said that visibility of green space did not show the same calming effect. That could be because the study did not distinguish between types of green space.

“It could be because the blue space was all natural, while the green space included human-made areas, such as sports fields and playgrounds, as well as natural areas such as native forests,” Pearson said. “Perhaps if we only looked at native forests we might find something different.”

Pearson said future research could investigate whether the findings hold true for large fresh bodies of water such as the Great Lakes.

The study appears in the May issue of the academic journal Health & Place. Pearson’s co-authors include Daniel Nutsford, a former master’s degree student at the University of Canterbury in New Zealand. by Andy Henion, Michigan State University
Among older adults, friendships are actually a stronger predictor of health and happiness than… by Andy Henion, Michigan State University
“Why do I have to learn this?” is a common question among young adults. New research suggests an…