Aging and Cellular Health: Can We Influence Achieving Long Life? 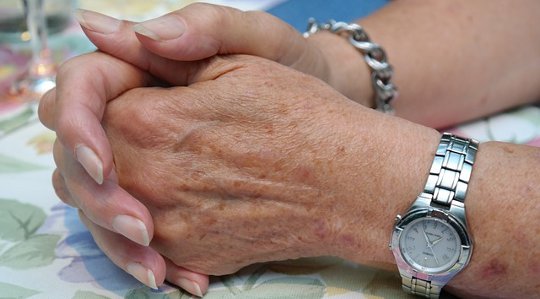 Is any process more natural and, at the same time, more fearfully loathed than aging? Witness the booming anti-aging industry, a cornucopia of cosmetics, supplements, and treatments designed more to calm our fears or fuel our fantasies than heal the damage from destructive factors such as unmitigated stress, sedentary lifestyles, and consuming an excess of fatty foods.

What are the biological factors related to aging?

How much influence do we have in achieving a long life and good quality of life?

Each differentiated or specific cell population has a rate of cell death and renewal that is genetically determined. Some cells of the body live a month, some stay with us our entire life span. Our human cells have the capability of renewal and repopulation when damage occurs.

Certain aquatic animals are made up of a limited number of cells, which form inside the egg case and completely cease dividing once the egg hatches. These simple creatures die when their limited number of cells wears out; their life is brief and predictable. They inhabit pond water and furiously swim about, whirring two rotors of cilia on their heads. Indeed, they are called rotifers, because of their unique way of locomotion.

The biological principle illustrated here is that cells are programmed to live only a certain amount of time. Causes emanating from the codes of limited life, not predators or toxins from outside, bring the specter of death to the cells. Apoptosis is the biological term that refers to programmed cell death.

In humans, however, the situation is more complicated. We live much longer than rotifers, and we have many cellular systems with differing life spans. Rotifers are clear as crystal: we can see their cells through our microscopes. Our opaque skin makes it hard to see what is going on inside our body as we age.

We know that our cells have a limited life span too. Red blood cells live for about 120 days and are continually replaced at the rate of three million a second. Molecules from cells that have worn out and disintegrated are garnered from the blood stream by the spleen to be recycled. Truly, we are an ultimate recycling project, using not only atoms and molecules from within but also from the beginning of time to create new cells.

If aging is such a natural process, then why include it in a discussion on healing? Two reasons emerge. The first is the uncertainty about how long humans can live under optimal conditions. Records indicate that some members of tribes living in the high Himalayas live reasonably well at 120 or more years. The second reason includes recent research on cellular damage that causes us to age earlier than our genetic programming. Given the journey we share with all life forms, a journey that eventually leads to death, the goal is to create optimal longevity and health on the journey.

For our own practice of cellular health, we look at the power pack of the cell: the mitochondria. These tiny ellipsoid energy centers contain their own DNA, albeit a small strand that has limited codes. When a cell divides to form two new cells (the process of renewal), the mitochondria also divide independent of the nucleus. They keep dividing and thereby repopulate the new cells with enough power centers to energize each cell.

With aging, the short DNA strands in the mitochondria incur errors or mutations. Some of these significantly damage the integrity of the codes and eventually stop the production of new mitochondria. Cells die without energy to sustain them, resulting in tissues that either quit working or become highly impaired. For example, muscle mass declines with aging, most likely from such a mechanism. Cell death caused by mitochondrial damage appears to be more important in aging than stress, at least in mice, the animal used in this research.

Here is a cell-level meditation for a healthy life:

1. Clear your mind of fear about aging. Envision a flow of energy throughout your body that is timeless, as it has been since the beginning of creation.

2. Embrace that energy with your body and consciousness in a relaxed manner. Envision it reaching into and simulating all of your cells.

3. Visualize healing energy entering into the power centers of your cells and then even deeper into the small information strand of DNA in each mitochondria.

4. Ask that the information be secure from damage of any kind.

5. Send a boost of energy to your cells, with their precious codes for full function, full integrity, and full ability to renew themselves.

Cell-Level Healing: The Bridge from Soul to Cell
by Joyce Whiteley Hawkes, PhD

Reprinted with permission of the publisher, Beyond Words, an imprint of Atria Book/Simon & Schuster. ©2006. www.beyondword.com.

Joyce Hawkes, Ph.D., a respected biophysicist for over 15 years, received her doctorate in 1971. She was elected a Fellow in the American Association for the Advancement of Science for her scientific contributions in the field of ultra high-speed laser effects on cells, and the effect of environmental pollution on cells. Following a near-death experience, she changed careers in 1984 and embarked on an extensive exploration of spiritual and healing traditions. During three months living in the Philippines working with a native healer and a month-long stay in South India and six trips to Bali to work intensively with two native Hindu priests/shamans, she explored the previously uncharted borderlands that divide biology from spirituality – and discovered that emotional, mental, and spiritual feelings can have a profound impact on our bodies at the cellular level. Along with her speaking, writing, and teaching schedule, Dr. Hawkes is the founder of Healing Arts Associates in Seattle, Washington, and keeps a busy private practice at her office in Seattle and via telephone from her retreat center at the edge of the Mt. Baker wilderness in northern Washington State.