Conventional Medicine and the Placebo Effect in Hay Fever Cures 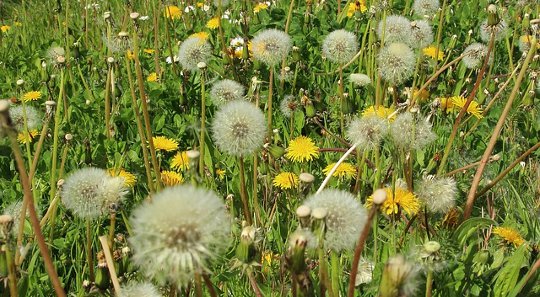 Conventional medicine has some powerful weapons against hay fever but many people still turn to other forms of treatment. You will, no doubt, meet people who have "found the cure" for hay fever.

There are two things to bear in mind when considering such claims. One is that most people grow out of hay fever as they get older, usually before the age of 30. So the friend or colleague who claims that his hay fever cleared up as soon as he cut down on beer, stopped disco dancing, or started having a milky drink at bedtime is probably just reporting a coincidence.

Faith and Belief are Crucial Elements

The second point to consider is the placebo effect, a phenomenon well known to medicine, whereby any new treatment will have some positive effect for most people. The placebo effect can operate with pills or capsules, a visit to a helpful and reassuring doctor or therapist, a dietary supplement, a special diet, or a change in lifestyle. In all cases, belief that the treatment will work is the crucial element.

For example, in a trial of dust-proof mattress covers used for asthma, the control group of patients, who were given mattress covers that let through the dust-mite allergen, showed a small improvement in their symptoms. This is why scientific trials always include a control group—a set of patients who are given a similar but ineffective treatment. To separate the placebo effect from the real effect, the results observed in these patients can be deducted from the benefit seen with the real treatment.

The placebo effect works for everyone, not just the gullible or dim-witted, and it seems to work by harnessing the body's own potential for self-healing. We all have far more control over our bodies than we are aware of, and a placebo (originally the name for ineffective sugar pills dispensed by baffled doctors) somehow taps into that inner power and makes it work in our favor.

Placebo effects are part of any medical treatment—they give a boost to the benefits available from medicinal drugs, for example, and to the good effects of desensitization. But with these conventional treatments, scientific trials have been carried out to verify that there is also a real effect from the treatment itself. With unconventional treatments, such as herbs, this is generally not the case: they have not been tested and compared with a control group to see if they are any more effective than a placebo. Thus, the claim that such remedies "relieve hay fever symptoms" may be quite honestly made, yet the apparent benefits could be nothing more than a placebo effect.

If the placebo effect works, then why worry? This is a valid argument, but the placebo effect from a new treatment lasts only a short while. Once a person's initial enthusiasm about the treatment wears off, the placebo effect ebbs. Furthermore, the effect of a placebo will rarely match that of a genuinely effective drug or treatment. You may as well spend your money on something that really works.

Before leaving this subject, we should briefly mention negative placebo effects. These are seen, for example, when patients in the control group of a scientific trial—those taking a harmless placebo—report side effects. Here it seems that some people are far more susceptible than others. Those who have had bad reactions to a drug in the past may suffer negative placebo effects from a new drug, particularly if they are worried about side effects.

Reprinted with permission of the publisher, Healing Arts Press. ©1993, 2002. www.InnerTraditions.com

Jonathan Brostoff, M.D., is Professor Emeritus of Allergy and Environmental Health at King's College in London and an internationally recognized authority on allergies. Linda Gamlin was trained as a biochemist and worked in research for several years before turning to scientific writing. She specializes in writing about allergic diseases, the effects of diet and the environment on health, and psychosomatic medicine. Together they have coauthored Food Allergies and Food Intolerance and Asthma. by Jonathan Brostoff M.D. & Linda Gamlin
There are various herbal medicines on sale that claim to alleviate hay fever and perennial allergic… by Jonathan Brostoff M.D. & Linda Gamlin
The traditional treatment used for colds—inhaling steam—can be very effective in hay fever. Use a… What's The Link Between Hay Fever And Asthma, And How Are They Treated?

by Reena Ghildyal, University of Canberra
Spring is a favourite time of year for many – as the earth rejuvenates, lawns become green and…

by Jonathan Brostoff M.D. & Linda Gamlin
There are various herbal medicines on sale that claim to alleviate hay fever and perennial allergic… How To Avoid Allergies In Your Child: Hay Fever and more

by Dr. Jonathon Brostoff & Linda Gamlin
Most people with severe hay fever allergies will surely hope that their children can be spared the… Minimizing Allergies: Measures To Take After The Baby's Birth

by Dr. Jonathon Brostoff & Linda Gamlin
If breast-feeding is not possible, for whatever reason, you should not feel guilty about the…