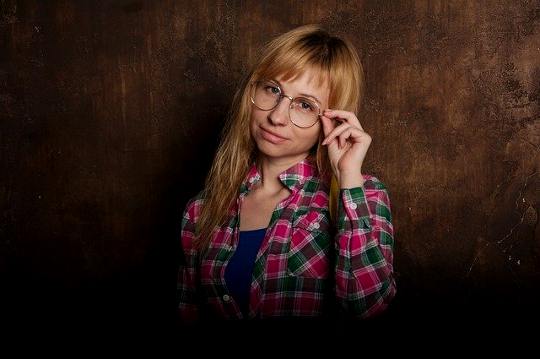 Each eye condition offers a metaphor of your personality. The lens prescription for your nearsightedness, like a map, reflects the kind of outward behavior you are likely to present. From interviews of tens of thousands of nearsighted patients, I've been able to catalog patterns of personalities and their potential behaviors that can present clues to direct you into a deeper self-understanding, helping you to know who you are behind the illusionary perceptions and beliefs of your present way of seeing.

It is interesting to note that nearsightedness is the eye condition most widely treated with corrective lenses as well as surgery. Nearly half of all North Americans are nearsighted. In Europe, statistics are similar. Clinical records show a strong correlation between nearsightedness and analytical and intellectual activities. This correlation is not surprising since our world culture for at least the past 800 years has moved toward a nearsighted way of life, wherein we construct our perceptions around intellectual and analytical paradigms.

Rational thinking is useful and is encouraged throughout the modern world. By being logical, you can minimize feelings, stay focused, get the job done, and be rewarded. The payoff is usually a promotion in your work or material rewards.

In light of these cultural biases, we need not look far to find reasons for our nearsightedness beyond the normal explanation that the "eyeball is too long," or "I inherited it from my parents."

A nearsighted way of perceiving is inner directed, an overfocusing on the "me" content of one's life. Nearsightedness is a fear-based, survival way of looking that supports logical and linear forms within the personality. Vision therapy-oriented optometrists often see the behavior of nearsightedness in an individual before it structurally reveals itself in the eye.

Nearsighted people, for example, lean forward to see. They are avid readers, and tend to hold a book very close to their eyes. There is a characteristic frown, a visual sign of the struggle to identify with anything or anyone outside of the self.

Nearsighted people prefer staying indoors to going out. They may suddenly move from an extroverted to introverted way of behaving. This is quite common between the ages of eleven and fifteen, corresponding to the onset of puberty. R.B. Kellum (Capitalism and the Eye. Ann Arbor, Mich.: UMI Dissertation Information Service, 1997.) writes:

Myopia is a constricted behavior of consciousness. The person's thinking dominates. Feelings are protected. The brain corresponds by setting up fear directives. The individual develops a way of seeing that is fearful and protected. They lose some of their integrative capacity because of a dominating survival posturing. This is authored from the mind and written into the pages and hardware of the brain. Directives are issued to the musculature and nerve control of the eyes: protect; be cautious. New consciousness is cemented into the person's behavior.

The History of Nearsightedness

Kellum proposed that the over-fovealization process -- that is, when perception is constructed around intellect without being moderated by feeling or intuition -- began in the thirteenth century. This "overlooking" gained momentum over the centuries as cultures became less agrarian and more concerned with mechanization and intellectual pursuits. By the twentieth century eye doctors themselves were looking at the world in this "myopic" (nearsighted) way.

Kellum writes that this logical worldview resulted in doctors focusing on a physical and more pragmatic approach to dealing with eyes. The goal was simple: find the physical reason that is causing the eye problem and treat the symptoms. Nearsightedness was explained as being an eyeball that became too long or that had too much refractive power. A very logical explanation.

There is a reason why rational thinking becomes a useful strategy for those with nearsightedness and other refractive conditions. It deepens the thinking process and, as Kellum points out, it protects feelings.

The difficulty with this strategy is that the mechanism of armoring keeps the person from engaging their vivential* nature. Nearsightedness is a perfect way of looking into the world and quantifying it -- but it keeps consciousness in a dark, mysterious cave.

* The word vivential essentially means that learning and development are achieved through personally determined feelings, experience and involvement, rather than on received teaching or training, typically in group, by observation, listening, study of theory or hypothesis, or some other transfer of skills or knowledge.

Fortunately, consciousness is like vision: alive, dynamic, and just waiting for a moment to reveal itself. I believe we are on this planet to evolve by being conscious and seeing our truth.

Nearsightedness is a temporary interlude in the vast scheme of the space-time paradigm in which our lives take place. At any moment of being conscious you can shift to a farsighted way of being. Bruce Lipton gave us the remedy: Change your perception and you can modify your DNA.

Modifying your nearsighted "thinking" opens you up to farsighted perceptions. The antidote to nearsighted vision and nearsighted behavior therefore is to refocus and expand outward into your true self.

Reprinted with permission of the publisher,
Beyond Words. ©2002. http://www.beyondword.com

Conscious Seeing: Transforming Your Life through Your Eyes
by Roberto Kaplan.

If the eyes are indeed the “windows to the soul,” then there might be a deeper significance to the emergence of an eye problem like nearsightedness than one might think. In Conscious Seeing, Dr. Roberto Kaplan explains that how we see is the largest determining factor in what we see. When we look at our eyes beyond the diagnosis of a problem, we can come to understand that visual symptoms are valuable messages through which we can be more aware of our true nature. An insightful, practical, and holistic approach to eye care, Conscious Seeing gives you the tools to reprogram your consciousness and gain skills for modifying your perception.

Roberto Kaplan, O.D., M.Ed., is a photographic artist, an internationally known scientist and author, a medical intuitive, and an optometrist who is at the leading edge of twenty-first century health care. Dr. Kaplan holds a doctorate in optometry, a master's in education, and is a Fellow of the College of Optometrists in Vision Development and College of Syntonic Optometry. He is the author of Seeing Without Glasses and The Power Behind Your Eyes. by Roberto Kaplan
Consider for a moment the possibility of your personality acting as your mask, as the protection… "Down" Time, Empowerment, and Community

by Joan E. Childs
In America, our only "down" time seems to be the daily drive to and from work, which, if it happens…