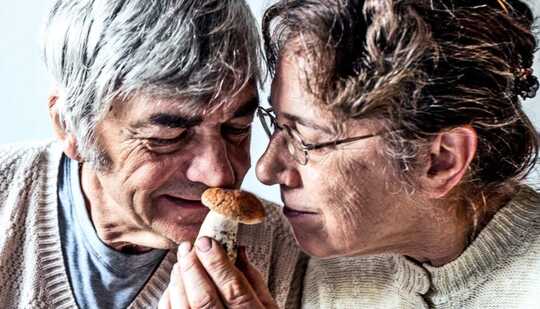 The sense of smell in older adults declines when it comes to meat, but not vanilla, researchers report.

The researchers reached this conclusion after examining a large group of older Danes’ and their intensity perception of common food odors.

The sense of smell gradually begins to decline from about the age of 55. Until now, it was believed that one’s sense of smell broadly declined with increasing age. However, the new study reports that certain food odors are significantly more affected than others.

The Eva Honnens de Lichtenberg Broge of the food science department at the University of Copenhagen and her fellow researchers have tested the ability of older Danes to perceive everyday food odors. The researchers measured how intensely older adults perceived different food odors, as well as how much they liked the odors.

“Our study shows that the declining sense of smell among older adults is more complex than once believed. While their ability to smell fried meat, onions, and mushrooms is markedly weaker, they smell orange, raspberry, and vanilla just as well as younger adults. Thus, a declining sense of smell in older adults seems rather odor specific. What is really interesting is that how much you like an odor is not necessarily dependent on the intensity perception” says Eva Honnens de Lichtenberg Broge.

For example, people’s enjoyment of food smells seemed to be largely unaffected for fried meat, onions, and mushrooms, despite the largest decline in intensity perception was seen for these specific odors. Also the ability to smell coffee declined, among other things, though they didn’t like the aroma of coffee to the same degree as younger adults.

Instead of using odors of chemical origin, which is commonly the procedure when testing the sense of smell, Eva Honnens de Lichtenberg Broge developed a test kit including 14 natural food odors familiar from everyday life, including bacon, onions, toast, asparagus, coffee, cinnamon, orange, and vanilla. The odors were made primarily from essential oils and presented to test subjects by sniffing sticks.

The researchers chose the food odors based upon commonly consumed foods and dishes that older people often eat and enjoy most according to meal plans and surveys from a Danish catering company that provides food for the elderly.

The researchers can only speculate as to why the declining sense of smell in older adults seems to be odors specific, and why, in some cases, liking is largely unaffected. In addition, it’s unknown why the intensity decline was most pronounced for fried meat, onions, and mushrooms—foods that are referred to as “savory” or umami in nature.

“This may be due to the fact that these are common food odors in which saltiness or umami is a dominant taste element. It is widely recognized that salty is the basic taste most affected by aging. Since taste and smell are strongly associated when it comes to food, our perception of aroma may be disturbed if one’s taste perception of saltiness is impaired to begin with,” explains Eva Honnens de Lichtenberg Broge.

The researchers hope that their findings can be deployed by those working to improve the meals and dining experiences of older adults. Figures show that half of those over 65 admitted to Danish hospitals are malnourished. The same applies to one in five nursing home residents.

While the sense of smell is important for stimulating appetite and our serotonin levels as well, according to Eva Honnens de Lichtenberg Broge, our study demonstrates that the sensitivity of one’s sense of smell need not be decisive. For several of the food odors, the respondent’s liking of an odor remained unchanged, even while their ability to perceive it had declined.

“Our results show that as long as a food odors is recognizable, its intensity will not determine whether or not you like it. So, if one wants to improve food experiences of older adults, it is more relevant to pay attention to what they enjoy eating than it is to wonder about which aromas seem weaker to them,” concludes Eva Honnens de Lichtenberg Broge.

The study appears in Food Quality and Preference.

The study is part of the ELDORADO project. The project aims to study how Danish municipalities can increase the desire of elderly people living at home to eat more, so as to help them avoid becoming malnourished. The ELDORADO project is based at the food science department and led by Wender Bredie.