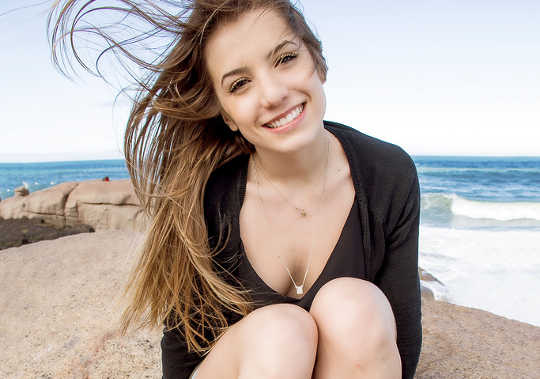 When a girl’s breasts start growing early, it can be a sign she will develop certain diseases later in life. There is evidence of early puberty leading to increased risk of obesity, type 2 diabetes, heart disease and cancer – particularly breast cancer. Girls who develop breasts before the age of ten have around a 20% higher risk of breast cancer in later life than girls who develop breasts between the ages of 11 and 12.

If you could prevent breasts from growing early, you might be able to reduce the girl’s risks of developing these diseases. Until now, unfortunately, scientists have poorly understood the processes that make some girls develop younger than others. But new findings from our research at the University of Glasgow solve a large part of the mystery and could have important health implications as a result.

It is usual for girls to develop breasts around the age of ten, though plenty start earlier or later and this is often seen as normal and harmless. Yet the higher risks of earlier developers ending up with breast cancer or the other diseases are a significant concern, not to mention other psychological and physical problems that can crop up.

In addition to potential feelings of isolation and embarrassment, early puberty is linked to earlier sexual activity, which can lead to emotional damage as well as unwanted pregnancies and sexually transmitted diseases. Studies show correlations with depression and eating disorders; and early developers tend to be tall for their age but actually shorter as adults.

The bad news is that throughout the world, puberty is beginning earlier and earlier. In the US, it is believed to be happening a full year earlier than a few decades ago. However, the reasons are largely unknown.

A number of studies have shown an association with childhood obesity. But while this is a popular theory as obesity is known to affect hormone levels, it does not explain why onset varies substantially between different ethnic and socio-economic groups – earlier among black girls and those from poorer backgrounds. Another theory is that we are increasingly exposed to chemicals in the environment which mimic hormones that may be accelerating puberty.

For girls to begin to develop breasts, a thin layer of specialised cells called epithelial branches must form within the tissue. These branches provide the breasts with a structural scaffold for their fatty tissue, allowing them to develop in size and shape.

The branches continue to grow and change throughout a woman’s reproductive lifetime – uniquely for human tissue. They stop growing in early adulthood when breasts are fully developed, but start again during pregnancy to make way for milk-producing glands, then transform once more when a mother stops breastfeeding.

The branches depend on certain hormones but crucially also immune cells called macrophages, which help them change during each process. Until now it had not been clear how these cells arrive at the correct place and time.

What our research has revealed is the role played by an immune molecule called ACKR2 in this process. ACKR2 stops the macrophages from moving into the breasts until the female is old enough, which prevents premature breast development. We found that mice that do not have ACKR2 start puberty early because the macrophage cells arrive in the breasts prematurely.

Doctors currently only slow down the onset of puberty in children if it starts before the age of seven and if it is caused by a hormonal imbalance. They do this by administering drugs that stop the pituitary glands from producing the hormones that trigger puberty. Now that we know that ACKR2 is a key molecule in preventing premature breast development, there may be a strong argument for developing new pharmaceutical interventions – particularly given the range of problems associated with the condition.

The next step is to carry out studies in human patients to find out whether pre-pubertal girls with low levels of ACKR2 go on to develop breasts early. If so, it may be possible to predict early puberty by testing young children and boosting levels of the molecule to halt the process.

It would then be for those in charge of health spending to decide whether the risks of later disease and the other problems associated with early breast development are grave enough to justify this course of action. They would have to take account of the fact that researchers still need to definitively determine the molecular mechanisms by which early puberty raises the risk of disease.

At this stage, however, there are grounds for optimism. We could be talking about an intervention that leads to significant health benefits and enhances the quality of girls’ lives – both as children and adults.