Why Brains Of Supernormal Seniors Seem To Resist Damage 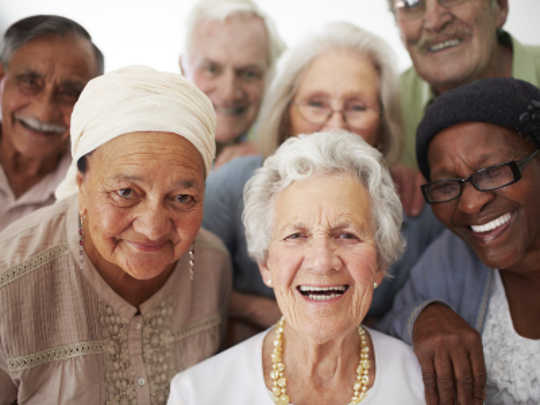 Scientists are studying a small group of older adults with excellent memories called “supernormals” to determine their risk for Alzheimer’s.

They compared them to older adults at high risk for developing Alzheimer’s disease, and a healthy control group. They specifically measured functional connectivity—the connection among spatially separated structures of the brain—between the cingulate cortex and other regions.

Functional connectivity is measured by observing what parts of the brain are activated at the same time or in rapid succession in response to a stimulus.

“The cingulate cortex acts as a ‘hub’ and receives input from many areas in the brain. Its functioning often deteriorates early in the aging process and in the development of Alzheimer’s disease, so it could play a key role in memory decline,” says Feng (Vankee) Lin, an assistant professor in the University of Rochester School of Nursing. “It’s a vulnerable area that hasn’t been explored in this way before.”

As part of the study, the team analyzed a national data set from the Alzheimer’s Disease Neuroimaging Initiative, which collects brain imaging scans and provides them to researchers across the country. The participants also underwent memory, executive function, language, and other tests to assess their cognitive abilities.

Lin found that individuals who had stronger or more efficient functional connectivity between the cingulate cortex and certain regions of the brain had better memories compared to those who had weaker or less efficient relationships between the same areas.

Supernormals also had lower levels of amyloids, groups of proteins that are associated with Alzheimer’s disease.

But even when amyloids were present, the relationship between better functional connectivity and better memory still remained. These findings indicate that the way the cingulate cortex functions in supernormals may represent exceptional neural reserve—the ability of the mind to resist damage.

This neural reserve could protect supernormals against the effects of amyloid plaques and allow their memories to be maintained.

“Our results show that the cingulate cortex could be a viable target for interventions aimed at preventing memory decline or enhancing memory capacity,” says Lin. “In the future, we may be able to modify the function of this region in individuals who are at risk for developing Alzheimer’s to slow down cognitive decline.”

Lin hopes to study this topic further with a larger sample size and connect her findings to other studies on the relationship between lipids in the blood and the development of Alzheimer’s disease.

The Alzheimer’s Association and National Institutes of Health supported the study. The team reports their findings in the journal Cortex. Undiagnosed dementia may be way more common than thought

by Laura Bailey, University of Michigan
Only 1 in 10 older adults in a large national survey who were found to have cognitive impairment… by U. Copenhagen
Men in jobs with hard physical work have a higher risk of developing dementia compared to men doing…