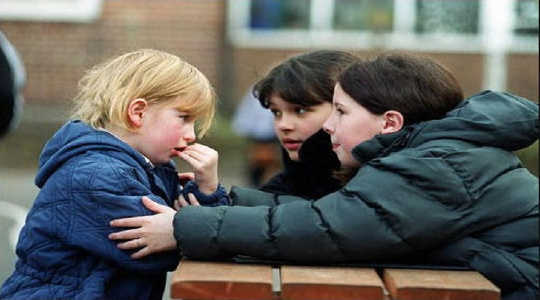 Brain scans of children and teenagers with post-traumatic stress disorder (PTSD) show structural differences between the sexes in one part of the insula, a brain region that detects cues from the body and processes emotions and empathy and helps to integrate feelings, actions, and several other brain functions.

“The insula appears to play a key role in the development of PTSD,” says Victor Carrion, professor of psychiatry and behavioral sciences at Stanford University. “The difference we saw between the brains of boys and girls who have experienced psychological trauma is important because it may help explain differences in trauma symptoms between sexes.”

Among young people who are exposed to traumatic stress, some develop PTSD while others don’t. People with PTSD may experience flashbacks of traumatic events; may avoid places, people and things that remind them of the trauma; and may suffer a variety of other problems, including social withdrawal and difficulty sleeping or concentrating.

Prior research has shown that girls who experienced trauma are more likely to develop PTSD than boys who experience trauma, but scientists have been unable to determine why.

For the study, published in Depression and Anxiety, researchers conducted MRI scans of the brains of 59 study participants ages 9-17. Thirty of them—14 girls and 16 boys—had trauma symptoms, and 29 others—the control group of 15 girls and 14 boys—did not. The traumatized and nontraumatized participants had similar ages and IQs. Of the traumatized participants, five had experienced one episode of trauma, while the remaining 25 had experienced two or more episodes or had been exposed to chronic trauma.

“It is important that people who work with traumatized youth consider the sex differences,” says lead author Megan Klabunde, an instructor of psychiatry and behavioral sciences. “Our findings suggest it is possible that boys and girls could exhibit different trauma symptoms and that they might benefit from different approaches to treatment.”

The insula normally changes during childhood and adolescence, with smaller insula volume typically seen as children and teenagers grow older. Thus, the findings imply that traumatic stress could contribute to accelerated cortical aging of the insula in girls who develop PTSD, Klabunde says.

“There are some studies suggesting that high levels of stress could contribute to early puberty in girls.”

The work may help scientists understand how experiencing trauma could play into differences between the sexes in regulating emotions. “By better understanding sex differences in a region of the brain involved in emotion processing, clinicians and scientists may be able to develop sex-specific trauma and emotion dysregulation treatments,” the authors write.

To better understand the findings, the researchers say what’s needed next are longitudinal studies following traumatized young people of both sexes over time. They also say studies that further explore how PTSD might manifest itself differently in boys and girls, as well as tests of whether sex-specific treatments are beneficial, are needed.

Other researchers from Stanford and from Iowa State University are coauthors of the work, which was supported by the National Institutes of Health, the National Alliance for Research on Schizophrenia and Depression, and the American Foundation for Suicide Prevention. Why People With Privilege Often Overstate Their Past Obstacles