How Brain Training Could Add Years Behind The Wheel 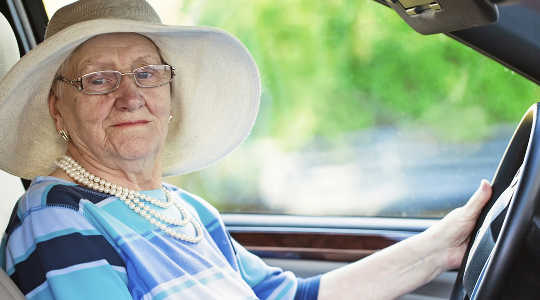 Older adults who participate in training designed to improve cognitive ability are more likely to continue driving over the next 10 years than those who don’t, research shows.

“Driving cessation has huge ramifications for seniors,” says Lesley A. Ross, assistant professor of human development and family studies at Penn State. “It signals an end to freedom, acting as a concrete acknowledgement that you’re declining.”

For a new study, published in the journal The Gerontologist, researchers studied the effects of three different cognitive training programs—reasoning, memory, and divided attention—on driving cessation in older adults.

Participants who completed either the reasoning or divided-attention training were between 55 and 49 percent more likely to still be drivers 10 years after the study began than those who did not receive training. Randomly selected participants who received additional divided-attention training were 70 percent more likely to report still driving after 10 years.

Over 2,000 adults aged 65 or older were randomly assigned to one of four groups—reasoning, memory, divided attention training, or no training. All of the participants were drivers at the start of the program and were in good health. The participants were evaluated seven times over the course of 10 years.

Participants randomized to one of the three types of interventions each received 10 hours of cognitive training. Following the 10 hours of training, participants were randomly selected to receive additional “booster” training.

Both the reasoning and the memory training used pencil and paper activities, while the divided-attention training used a computer program. The reasoning exercise included brain teasers and taught the participants problem-solving strategies, while the memory training involved categorization of lists of words to help with everyday life, such as a list of errands or a grocery list.

The divided-attention, or speed of processing, training used perceptual exercises where participants were shown several objects on a screen at once for a very brief period of time and then asked questions about what they had seen. This program was adaptive, becoming more difficult after the first five exercises were completed.

The researchers will continue to study the effect of cognitive training, including the introduction of Xbox Kinect, a computer gaming platform, into future research. Cancer Vaccine Trials Could Start in the Autumn in the UK

by Justin Stebbing
The goal of this new project is to deliver 10,000 personalised therapies to UK patients by 2030.… Long COVID Developed from Mild Cases in Most People

by Sarah Wulf Hanson and Theo Vos
Even mild COVID-19 cases can have major and long-lasting effects on people’s health. That is one of… by Emily Toth Martin and Marisa Eisenberg
The cold and flu season of 2022 has begun with a vengeance. Viruses that have been unusually scarce… Are You Feeling Forgetful after COVID?