Is There A Natural Limit To How Long Humans Can Live? 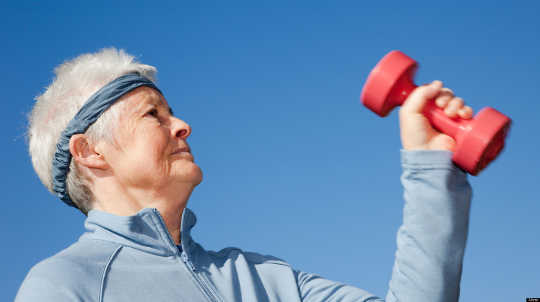 Humans may live longer and longer, but eventually we all grow old and die. This leads to a simple question: is there an intrinsic maximum limit to human lifespan or not? There are two equally simple answers. Either there is a limit or there isn’t. Without data you may as well guess and your chance of being right is, all things considered, 50:50.

To improve your odds of getting the right answer you can employ three basic lines of attack. You can ask yourself why ageing exists, you can try to discover how it works or you can investigate how long people really live, regardless of how they do it. Each provides insights and has limitations.

Now a new study, published in Nature, suggests that there seems to be a limit to human lifespan. However, the results, based on demographic data, are far from conclusive and must be interpreted carefully. They also raise some thorny ethical questions.

Evolutionary arguments can provide some biological context. Ageing is simply an exponential increase in your chance of death and sickness with the passage of time. In the wild, chronologically old creatures are rare, they typically get eaten or succumb to accidents.

Any mutation which makes the organism carrying it better at producing offspring will be favoured, even if the same mutation causes bad things to happen later on in life. Ageing is therefore nothing more than the price paid for early life fertility. It is also possible to carry genetic variations that bring no benefit but cause bad effects to occur only after an organism has reproduced. These are hard for natural selection to remove and thus can also contribute to ageing.

In contrast, evolutionary biology provides little support for the idea that there are “ageing genes” that simply cause their carrier to grow old and die. Genes can do this, but only as a side effect of doing something else. For example, the difference in life expectancy between men and women almost certainly results from the different selection pressures placed on their genomes by sexual selection (typically in nature, male organisms must compete for mates while females must carefully select them). This is not a “his and hers” choice of genetic clock.

Hydra – small, fresh-water animals – seem to be “non ageing” (with fixed rather than increasing chances of death over time). Extrapolation from laboratory data show that even after 1,400 years five per cent of a hydra population kept in these conditions would still be alive. However, they still seem to have upper limits to survival. Also, the existence of an upper limit to a species’ lifespan does not mean that every member of that species has the same chance of reaching it. Simple questions about maximum longevity tend to gloss over this point.

Arguments based on the mechanics of the human body also strongly favour the idea that there are intrinsic upper limits to lifespan. Key human organ systems (such as the kidneys and thymus) show clear and often sex-dependent reductions in efficiency with age. So progressive decline predicts eventual failure. Assuming, of course, that you don’t try to prevent it declining.

Tremendous progress has been made in uncovering the fundamental cell and molecular mechanisms of ageing; removing senescent cells – dysfunctional cells which build up as we age and cause damage to tissue – improves the health and lengthens the lifespan of mice for example. That means it could be argued that the existence of the ability to intervene removes the upper limit to lifespan. A potentially pleasant answer, just not to the question you started with.

But is it possible that attempts at preventing early death have also raised the maximum human lifespan and may continue to do so? Studying trends in maximum human lifespan over time could give an answer. But this kind of actuarial calculation is always complex and often wrong. For example in 1921 it was “demonstrated” that ages above 105 were “impossible”. Estimating the limits to longevity has since been criticised because every “maximum limit” to lifespan so far proposed has been surpassed. To some people this may indicate that there really is no upper limit to human lifespan. 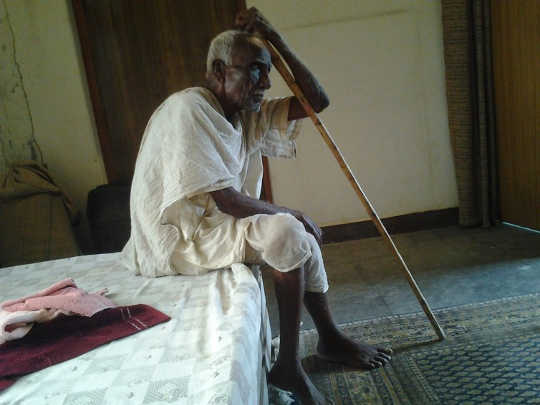 The authors behind the new study analysed global demographic data and examined the reported age at death of “supercentenarians” (individuals older than 110). They showed that although there is evidence for an increase in maximum age at death of about 45-55 days per year from 1970-1995, there is no evidence of any increase beyond this date. Indeed, the age with the greatest improvement in survival plateaued around 1980.

The dataset contains less than 600 individuals but the trend appears significant. Their model predicts that the likelihood of a person exceeding the age of 125 in any given year is less than one in 10,000. The authors argue that we may essentially have “hit a wall” and that a targeted attempt to extend maximum lifespan would be required to break through it.

In its unvarnished form this seems a difficult ethical position to sustain. The number of centenarians is tiny compared to those over 65. Extending the healthy and productive years of the many, not the duration of life of the few, is a more equitable approach and there is every sign that this is achievable in the laboratory.

Perhaps the real lesson here is that simple closed questions, in any scientific discipline, are somewhat like asking “who is the most interesting person?” – intoxicatingly profound and practically useless. by Richard Faragher, University of Brighton
If you don’t smoke, then your major risk factor for dying is probably your age. That’s because we… by Richard Faragher, University of Brighton
How long you live depends in part on the genes you inherit. For example, those suffering from…