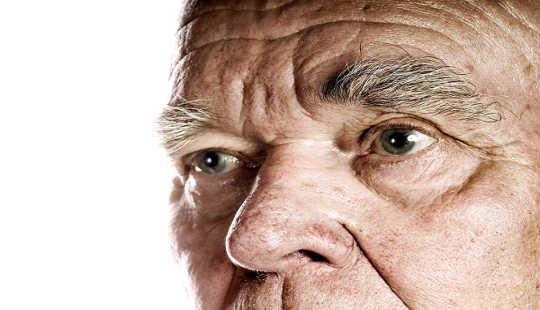 Relying on clinical symptoms of memory loss to diagnose Alzheimer’s disease may miss other forms of dementia caused by Alzheimer’s that don’t initially affect memory, a new study suggests.

“These individuals are often overlooked in clinical trial designs and are missing out on opportunities to participate in clinical trials to treat Alzheimer’s,” says first author Emily Rogalski, associate professor at Northwestern University’s Cognitive Neurology and Alzheimer’s Disease Center.

Alzheimer’s disease can cause language problems, disrupt behavior, personality, and judgment or even affect concept of where objects are in space.

If it affects personality, it may cause lack of inhibition, Rogalski says. “Someone who was very shy may go up to grocery store clerk—who is a stranger—and try to give her a hug or kiss.”

The type of Alzheimer’s a person has depends on what part of the brain it attacks, researchers say. A definitive diagnosis can only be achieved with an autopsy. Emerging evidence suggests an amyloid PET scan, an imaging test that tracks the presence of amyloid—an abnormal protein whose accumulation in the brain is a hallmark of Alzheimer’s—may be used during life to determine the likelihood of Alzheimer’s disease pathology.

In the study, published in the journal Neurology, researchers identify the clinical features of individuals with primary progressive aphasia (PPA), a rare dementia that causes progressive declines in language abilities due to Alzheimer’s disease.  Early on in PPA, memory and other thinking abilities are relatively intact.

The study demonstrates that knowing an individual’s clinical symptoms isn’t sufficient to determine whether someone has PPA due to Alzheimer’s disease or another type of neurodegenerative disease. Therefore, biomarkers, such as amyloid PET imaging, are necessary to identify the neuropathological cause.

Northwestern scientists looked at people in mild stages of language loss caused by Alzheimer’s disease and described their brain atrophy based on MRI scans and their results on cognitive tests.

“We wanted to describe these individuals to raise awareness about the early clinical and brain features of PPA to develop metrics which would advocate for their inclusion in clinical trials targeting Alzheimer’s disease,” Rogalski says. “These individuals are often excluded because they don’t have memory deficits, but they share the same disease [Alzheimer’s] that’s causing their symptoms.” by Marla Paul, Northwestern University
Men with longer exposure to the drugs finasteride and dutasteride have a higher risk of persistent… by Marla Paul, Northwestern University
Scientists looked at the brains of eight people older than 90 who had superior memories until their… by Marla Paul, Northwestern University
Scientists have identified for the first time the region in the brain responsible for the “placebo… by Marla Paul, Northwestern University
Women who need to see the urologist prefer female providers, but there aren’t enough of them to…