What's Behind The Global Rise In Short-sightedness? 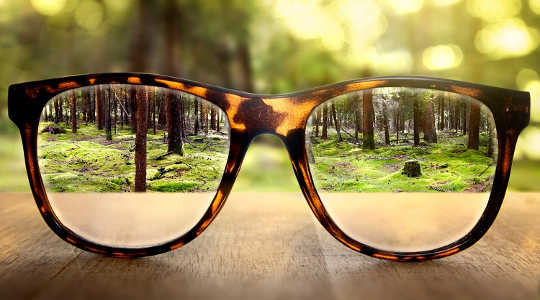 Over the last century, myopia (short-sightedness) has risen to epidemic proportions. In South-East Asia nearly 90% of school leavers are now affected. In the West the figures are not as dramatic, but it appears to be similarly increasing. We found that nearly half of 25 to 29-year-olds are myopic in Europe and the rate doubled in those born in the 1960s compared with those born in the 1920s.

So what causes myopia? Why is it becoming dramatically more common? And what can be done to reduce the number of people developing the condition?

Short-sightedness usually develops in childhood, and occurs when the eye grows excessively long (“axial myopia”). This results in blurred distant vision that requires correction with glasses, contact lenses or laser-refractive surgery, at some inconvenience and expense. Also, being myopic increases the risk of sight-threatening diseases such as retinal detachment and myopic macular degeneration (thinning of the central part of light-detecting layer of the eye).

Increasing rates of myopia will lead to more blindness in the future.

While genes are important in predicting the risk of myopia, they alone cannot explain the recent epidemic. Risk factors for myopia include higher education, prolonged near work, living in cities, and lack of time spent outdoors.

Near work, with prolonged reading at close focus, was previously thought to be the main culprit. But reading time does not appear to be a strong risk factor as it is not robustly associated with onset or progression of myopia in research studies. Time spent outdoors appears to be more important, but why it is protective is not entirely clear. Could it have something to do with bright sunlight, distant focus or even vitamin D production in the skin? We simply don’t know. The amount of time you spend in education appears highly significant; myopia risk is doubled if you have university education compared with leaving school at age 16.

But can these associations explain why myopia is becoming more common? There must be something in our modern lifestyles that is driving this epidemic. Humans have undergone numerous beneficial evolutionary adaptations to ensure we are well suited to our way of living. So are our eyes, and perhaps our brains, evolving to our urbanised lifestyles with prolonged computer work, intense education and less time outdoors? (We certainly don’t need to scan the horizon for our dinner any longer.) The answer is: probably not. Evolutionary adaptation happens over a much longer time frame, but it does make one wonder what effect modern life is having on our eyes.

Technology, such as computers, tablets and mobile phones, are probably not to blame – the rising trend spans the 20th century, and the epidemic in urban Asia was apparent in the 1980s. Education levels have risen over the last century, but “highest educational level achieved” alone does not explain the trend. It may be that a risk threshold of close versus distance, indoors versus outdoors, has been reached.

While we would not suggest higher education or near work should be limited to reduce myopia rates, changes in educational practices could help. For example, in studies in South-East Asia, where children often have intense after-school tuition, encouraging longer breaktime outside has led to reduced incidence of myopia. In one study in China, primary school children who spent 40 extra minutes outdoors were 23% less likely to develop myopia (over a three-year period) than those who didn’t. So, perhaps a target of two hours outdoors a day should be considered.

Undoubtedly, we are seeing changes in the anatomy of our eyes as a direct result of modern life; there was less myopia when people lived a more rural existence and before the mass education of the latter half of the 20th century. There is a pressing need to understand how our environment, possibly in conjunction with our genes, increases the risk of developing myopia. We and others are attempting to answer these questions, with the hope of reducing the growing burden of myopia in the future.

Living in Harmony with Reverence for All

by Marie T. Russell, InnerSelf.com
Walk with inner guidance in harmony with your environment and with others. Obstacles facing you…

Where Do We Go Between Births?

by Dena Merriam
Where do we go between births? One can look at this a different way and see birth as a death—a…