Got A Hangover? Here's What's Happening In Your Body 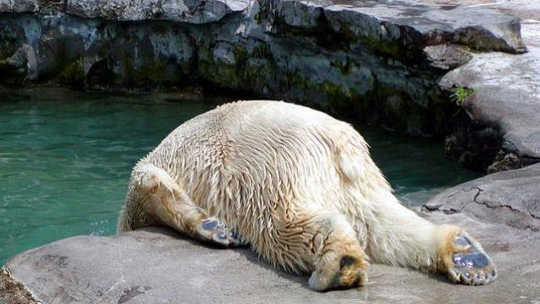 It’s that time of year when we raise a glass to celebrate Christmas, the beginning of holidays, the new year, or simply to join with our friends. Many of us will pay a price, even if it’s “just” in the form of a hangover.

Hangovers affect people in different ways, ranging from simple discomfort to such a debilitating experience you vow to “never drink again!”. Symptoms, of course, include nausea, tiredness, dehydration and, very commonly, a pounding head.

Hangover headaches have multiple potential causes. These include electrolyte imbalances, vasodilation (widening of blood vessels) and effects on various hormones and neurotransmitters that have been linked to the experience of a headache.

Why does drinking too much leave you feeling so rotten?

Alcohol has a diuretic effect, which makes you need to urinate more frequently. If the only liquid you consume is alcoholic, you’ll become dehydrated, especially in warmer climates.

So make sure you are hydrated before you start, don’t slake your thirst with alcohol, and alternate alcoholic drinks with water.

But beware – water is not the cure for a hangover. It will help prevent dehydration, but there are other culprits for that morning-after feeling.

Drinking more, drinking quickly and drinking on an empty stomach will all ensure a higher blood alcohol level. That means more intoxication and a greater risk of hangover (and perhaps that dreadful question of “did I really call my ex at 4am?” or “did I really say that to my boss?”)

Going “drink for drink” with someone bigger than you will mean you will have a higher blood alcohol level than them.

Some researchers argue peak blood alcohol level is not the key contributor to hangovers. Alcohol is metabolised into acetaldehyde, which is toxic (it can cause flushing, nausea and significant discomfort) and then into less harmful products that are eliminated. They conclude that acetaldehyde is a key suspect in hangovers, even though it has largely been metabolised by the time a hangover really kicks in.

Heavy drinking also results in poor sleep. Alcohol is a soporific and many of us fall asleep more quickly after drinking. But we are less likely to get the quality rapid eye movement sleep required to wake feeling refreshed.

Compounding this, alcohol can affect the respiratory system, potentially contributing to snoring; the diuretic effects may mean you need to make frequent visits to the toilet; and gastric irritation from drinking too much contributes to feeling sick.

Some of us are more sensitive to certain beverages. This may be because of chemicals called congeners, which are products of the fermentation process. Congeners contribute to the taste and colour of a drink; they might also contribute to the severity of a hangover. Darker drinks, such as red wine, bourbon, brandy and whisky, are generally higher in congeners than, for example, white wine and vodka, and this might mean worse hangovers.

You might also be particularly susceptible to preservatives used in some alcoholic products. But preservative-free doesn’t mean hangover-free.

Common wisdom is that you shouldn’t mix your drinks. There isn’t some mysterious chemical process at play: mixing your drinks is more likely to be accompanied by simply drinking more. Another myth is that your hangover was caused by that final drink, but those preceding it made their accumulating contribution.

If, like me, you are no longer the youngest in the room, you might experience more severe hangovers. As you age, the proportion of water and muscle tissue in your body decreases. This can influence how long alcohol stays in your body and how it affects you: the same amount of alcohol will have more effect on you as you age.

You might also find sleep more easily disturbed. And some medications might be associated with particular risks. Check with your doctor and pharmacist.

Finally, you might not just be feeling bad – a severe hangover can leave you impaired. You might not be safe to drive or operate machinery the following day.

Unfortunately, despite some well-publicised claims, there is no “cure” for hangovers. A hangover is your body’s way of saying you drank too much. Prevent it by drinking less alcohol, ensuring you’re hydrated and only drinking alcohol with or after food.

Steve Allsop, Professor and Director, National Drug Research Institute, Curtin University. He has been involved in policy, prevention and treatment research and practice and professional development for health, police, education, and community organisations for almost 30 years.