Is Yoga The Missing Link To Stroke Survivors' Rehabilitation? 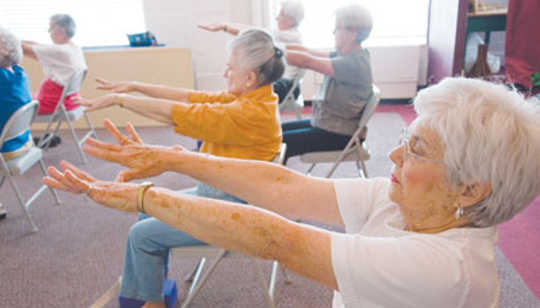 One in six Australians will have a stroke in their lifetime. That’s about 51,000 strokes per year, or one every ten minutes. Worldwide, stroke is the second most common cause of premature death, after heart disease, and is the leading cause of disability among adults.

Symptoms of stroke include drooping of the face or mouth, loss of feeling and movement in the arms, and a loss of ability to speak clearly and or understand what others are saying. Only a doctor can diagnose a stroke but contact emergency services immediately if it’s suspected. The longer a stroke is untreated, the higher the likelihood of long-term brain damage.

Strokes may cause long-term difficulties with attention, decision-making, memory, speech, understanding others, movement and balance. While these difficulties are typically targeted in rehabilitation and long-term stroke management approaches, other less obvious consequences of stroke, such as poorer emotional well-being, may not be appropriately addressed.

Evidence-based lifestyle interventions such as yoga have a role to play in addressing unmet psychological, social and spiritual needs after a stroke.

Peoples' lives change markedly after a stroke. Along with poorer health, survivors often have reduced independence and must rely on others for basic needs. This changes the dynamics of their family environment, social interactions, lifestyle and ability to work.

While some stroke survivors are able to adapt to these changes, a significant proportion have trouble coping. Not surprisingly, stroke survivors commonly experience poorer emotional well-being, depression and anxiety.

Not only can depression make daily challenges harder to cope with, and affect movement and balance, research shows those with post-stroke depression are likely to have poorer physical health outcomes and are more likely to die prematurely.

How Yoga Can Help After A Stroke

Yoga is a system of self-development that has evolved over many thousands of years since its inception in ancient contemplative societies in southern Asia.

Yoga aims to integrate mind and body. This is appropriate for survivors, as strokes have consequences for both physical and mental function. Yoga’s holistic approach views health as relating to one’s mental, physical and social potential, not merely the absence of disease.

Fatigue and low exercise tolerance often make it difficult for stroke survivors to participate in standard modes of exercise. But yoga can be individualised and adapted to suit most individuals despite their movement abilities. In fact, yoga can be more accessible to those seeking to keep active after stroke than other forms of exercise.

With this level of accessibility, yoga can increase confidence and promote participation in other forms of physical activity and daily activities. A study from the Unites States, for instance, found eight weeks of yoga improved stroke survivors' balance and reduced their fear of falling.

Beyond movement and physical activity, yoga involves contemplative practices such as meditation. This means paying attention to breathing and body sensations while moving or keeping still.

Regular meditation has been shown to promote mindfulness, a skill for purposefully maintaining attention in the present moment in an open and accepting way. Mindfuless training has been associated with a number of benefits, including improved emotional well-being and cognitive function.

However, the current level of evidence is far from conclusive and the mechanisms underlying these benefits are yet to be clearly delineated. Some commentators have proposed that mindfulness techniques engage the brain in particular ways that strengthen parts of the brain responsible for attention, decision making, working memory, and emotional regulation.

Regardless, feeling in control and able to cope provides a sense of self-mastery, leading to better stress management and emotional well-being. Yoga can help us develop the skills necessary to remain in control of our physical and mental reactions when we face challenging situations.

Before starting yoga, stroke survivors should consult with their health professional. Overall, yoga is considered to be safe. But styles and teachers vary, so not all yoga classes are appropriate for stroke survivors.

Stroke survivors should ensure their potential teacher is adequately trained and experienced to support their special needs. This includes knowing which yoga practices are suitable and how others can be adapted. The National Stroke Foundation’s StrokeLine – 1800 STROKE (787 653) – has a directory of yoga teachers who can meet the special needs of stroke survivors.

Some yoga teachers might provide group classes aimed at supporting those with special needs or, alternatively, provide one-on-one instruction. Which of these is better depends on personal preference, financial factors and the level of personal support needed to participate.

It’s important to note, however, that yoga is not a replacement for conventional health care, or a reason to postpone seeing a health professional. It can be an important addition to standard therapies.

The physical and mental health benefits associated with moving, being active and mindful are not limited to yoga. Any activity that emphasises use and integration of one’s body and mind, such as Tai Chi or even walking, may improve stroke survivors' emotional well-being.

Maarten Immink is Senior Lecturer, Human Movement at University of South Australia. His research investigates cognitive and affective factors that influence human performance. He teaches in the areas of motor learning and control within the human movement and clinical exercise physiology undergraduate degree programs. He is also an accredited yoga and meditation teacher. Mindfulness: What, Why, and How

by Maarten Immink, University of South Australia
Remember then: there is only one time that is important – Now! It is the most important time…