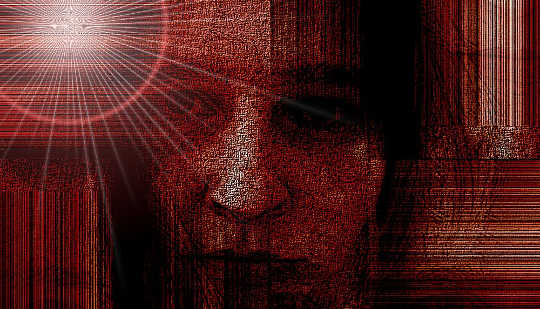 Most people feel down, tired and inactive when they’re injured or ill. This “sickness behaviour” is caused by the activation of the body’s immune response. It’s the brain’s way of conserving energy so the body can heal.

This immune response can also occur in people with depression. This has prompted some researchers and clinicians to hypothesise that depression is actually a side effect of the inflammatory process.

But while there may be a connection between inflammation and depression, one doesn’t necessarily lead to the other. So it’s too simplistic to say depression is a physical, rather than a psychiatric, illness.

University of California clinical psychologist and researcher George Slavich is one of the key recent proponents of depression as a physical illness. He hypothesises that social threats and adversity trigger the production of pro-inflammatory “cytokines”. These are messenger molecules of the immune system that play a critical role in orchestrating the host’s response to injury and infection.

This inflammatory process, Slavich argues, can initiate profound behavioural changes, including the induction of depression.

The idea that the activation of the immune response may trigger depression in some people is by no means a new one. Early descriptions of post-influenza depression appeared in the 19th century in the writings of English physician Daniel Tuke.

But it was not until the 1988 seminal paper, published by veterinarian Benjamin Hart, that the phenomenon of acute “sickness behaviour” caught the interest of the scientific community.

Hart described his detailed observations of the “behaviour of sick animals”. During acute infection, and in response to fever, the animals sought sleep, lost their appetite, showed a reduction in activity, grooming and social interactions, as well as showing signs of “depression”.

Just like the immune response itself, these changes reflect an evolved survival strategy that shifts priorities toward energy conservation and recovery.

Putting The Theory Into Practice

Cytokine-induced sickness behaviour has subsequently been studied as an example of communication between the immune system and the brain.

The behavioural changes during sickness resemble those associated with depression, so it didn’t take long for researchers to make a connection between the phenomenon of sickness behaviour and mental disorders.

Such speculation was strengthened by research showing that depressive states can be experimentally induced by administering cytokines and other immunogenic agents (such as vaccines) that cause an inflammatory response.

Depression is frequently associated with inflammatory illnesses such as heart disease and rheumatoid arthritis. It’s also a side effect of treatment with cytokines to enhance the immune system.

Over recent decades, researchers have made progress in understanding how inflammation may impact on the activity of signalling pathways to and from the brain, as well as on the functioning of key neural systems involved in mood regulation.

But There’s Not Always A Link

Trajectories of depression depend on a complex interplay of a spectrum of additional risk and resilience factors, which may be present to varying degrees and in a different combination in any individual at different times. These factors include the person’s:

* genetic vulnerabilities affecting the intensity of our inflammatory response

* health behaviours, such as sleep, diet and exercise.

In line with the notion that inflammation drives depression, some researchers have already trialled the effectiveness of anti-inflammatory therapy as a treatment for depression.

While some recipients (such as those with high levels of inflammation) showed benefit from the treatment, others without increased inflammation did not. This supports the general hypothesis.

However, in our desire to find more effective treatments for depression, we should not forget that the immune response, including inflammation, has a specific purpose. It protects us from infection, disease and injury.

Cytokines act at many different levels, and often in subtle ways, to fulfil their numerous roles in the orchestration of the immune response. Undermining their vital role could have negative consequences.

The recent enthusiasm to embrace inflammation as the major culprit in psychiatric conditions ignores the reality that “depression” is not a single condition. Some depressive states, such as melancholia, are diseases; some are reactions to the environment; some are existential; and some normal.

Such separate states have differing contributions of biological, social and psychological causes. So any attempt to invoke a single all-explanatory “cause” should be rejected. Where living organisms are concerned it is almost never that simple.

In the end, we cannot escape the reality that changes must occur at the level of the brain, in regions responsible for mood regulation, for “depression” to be experienced.

Ute Vollmer-Conna is Associate Professor, School of Psychiatry at UNSW Australia. She is an internationally recognized leader in multidisciplinary research examining the acute sickness response to common infections, and post-infective syndromes of chronic fatigue and depression.

Gordon Parker is Scientia Professor at UNSW Australia. He is an expert in mood disorders, founder of the Black Dog Institute What Is SAD and How You Can Lessen The Symptoms

by Liz Schondelmayer, Michigan State
As the days continue to get shorter and colder, it is likely that you or someone you know has…

Why It's Important To "Be Selfish" and Keep Your Energy High

by Barbara Berger
When I coach people to find and follow their Inner Compass, they often ask, "But isn't it selfish…