The Mystery of Breast Cancer: What Is the Cause of the Increased Occurence? 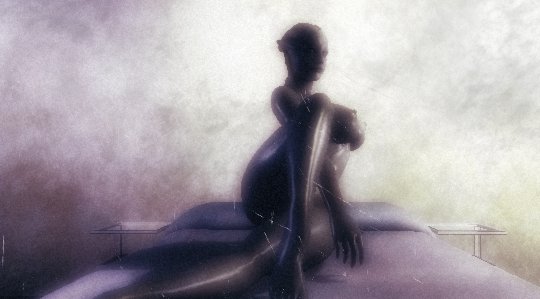 For most of the common cancers, a major cause has been identified: smoking causes 90% of lung cancer worldwide, hepatitis viruses cause most liver cancer, H pylori bacteria causes stomach cancer, Human papillomavirus causes almost all cases of cervical cancer, colon cancer is largely explained by physical activity, diet and family history.

But for breast cancer, there is no smoking gun. It is almost unique among the common cancers of the world in that there is not a known major cause; there is no consensus among experts that proof of a major cause has been identified.

Yet, breast cancer is the most common form of cancer in women worldwide. The risk is not equally distributed around the globe, though. Women in North America and Northern Europe have long had five times the risk of women in Africa and Asia, though recently risk has been increasing fast in Africa and Asia for unknown reasons.

Is Diet To Blame?

Up until about 20 years ago, we thought it was all about diet. As people abandon their local food sources and begin to eat highly processed foods with lots of fats, the hypothesis went, breast cancer was thought to be more likely to develop.

This hypothesis was logical because when researchers analyzed countries' per capita fat consumption and breast cancer mortality rates, they found a strong correlation. In addition, rats fed a high-fat diet are more prone to breast tumors.

By studying Japanese migrants to California, researchers found that the first generation had low risk like their parents in Japan, but then by the second and third generation, risk was as high as white American women. So, the genetics of race did not account for the stark differences in the breast cancer risk between Asia and America. This was also consistent with the idea that the change in food from the lean Asian diet to the high-fat American diet causes cancer. So it all made sense.

Diet Studies Find That Fat Is Not The Answer

Starting in the mid-1980s, large, well-done prospective studies of diet and breast cancer began to be reported, and they were uniformly negative. Fat in the diet of adult women had no impact on breast cancer risk at all.

This was very surprising – and very disappointing. The evidence for other aspects of diet, like fruits and vegetables, has been mixed, though alcohol consumption does increase risk modestly. It is also clear that heavier women are at higher risk after menopause which might implicate the total amount of calories consumed if not the composition of the diet.

There is a chance that early life dietary fat exposure, even in utero, may be important, but it’s difficult to study in humans, so we don’t know much about how it might relate to breast cancer risk later in life.

If diet is not the major cause of breast cancer, then what else about modernization might be the culprit?

The factors shown to affect a woman’s risk for developing breast cancer fall into two categories. First, those that cannot be easily modified: age at menarche, age at birth of first child, family history, genes like BRCA1. And second, those that are modifiable: exercise, body weight, alcohol intake, night-work jobs.

The role of environmental pollution is controversial and also difficult to study. The concern about chemicals, particularly endocrine disruptors, started after the realization that such chemicals could affect cancer risk in rodent models. But in human studies the evidence is mixed.

Because child bearing at a young age and breast feeding reduce risk, the incidence throughout Africa, where birth rates tend to be higher, and where women start their families at younger ages, has been lower.

Death rates, however, from breast cancer in sub-Saharan Africa are now almost as high as in the developed world despite the incidence still being much lower. This is because in Africa, women are diagnosed at a later stage of disease and also because there are far fewer treatment options.

The question is whether the known risk factors differ enough between the high-risk modern societies and the low-risk developing societies to account for the large differences in risk. The answer: probably not. Experts think that less than half the high risk in America is explained by the known risk factors, and that these factors explain very little of the difference in risk with Asia.

A related question is whether the high risk in America and Northern Europe is due to a combination of many known exposures, each of which affects risk a little bit, or mostly due to a major cause that has so far eluded detection. And maybe some of the known risk factors have a common cause which we don’t yet understand.

Are We Just Finding More Cancer?

Since the 1980s, screening by mammography has accounted for some of the increase in incidence in the modern world compared to the developing world, but not nearly enough to explain the entire difference. About 20% of the cancers found by mammography are now believed to be of a type that would never have progressed beyond the very small early stage that mammography can detect. But the problem is that we can’t tell which are the benign ones and which are not.

What About Electric Light?

Electric light is a hallmark of modern life. So, maybe the introduction and increasing use of electricity to light the night accounts for a portion of the worldwide breast cancer burden.

This might be because our circadian rhythm is disrupted, which affects hormones that influence breast cancer development. For example, electric light at night can trick the body into daytime physiology in which the hormone melatonin is suppressed; and melatonin has been shown to have a strong inhibitory effect on human breast tumors growing in rats.

The theory is easy to state but difficult to test in a rigorous manner. Studies have shown that night-working women are at higher risk than day-working women, which was the first prediction of the theory.

Other predictions are that blind women would be at lower risk, short sleepers would be at higher risk, and more highly lighted communities at night would have higher breast cancer incidence. Each of these has some modest support though none are conclusive. What we do know is that electric light in the evening or at night can disrupt our circadian rhythms, and whether this harms our long term health, including risk of breast cancer, is not yet clear.

Whatever is going on, it’s important to find answers because breast cancer has become a scourge that now afflicts women all over the world in very large numbers, at almost two million new cases this year alone.

Richard Stevens is a Professor, School of Medicine at University of Connecticut. He has been working for a long time trying to help figure out why people get cancer. One of his major interests has been in the possible role of iron overload. Largely on the basis of his work, published in the Journal of National Cancer Institute and the New England Journal of Medicine, the Swedish food industry decided to cease iron fortification of flour in the early 1990s. A Dark Night Is Good For Your Sleep and Your Health

by Richard Stevens, University of Connecticut
The Centers for Disease Control and Prevention (CDC) has called insufficient sleep an epidemic.…

How Old Would You Be If You Didn’t Know Your Age?

by Barbara Berger
How old would you be if you didn't know your age? It’s an interesting thought isn’t it? Why not…

Learning To Resonate with Our Own Body and Mind

by Will Johnson
Waking up to the first faint suggestion of light, I don’t want to leave my bed. And so I don’t. I…