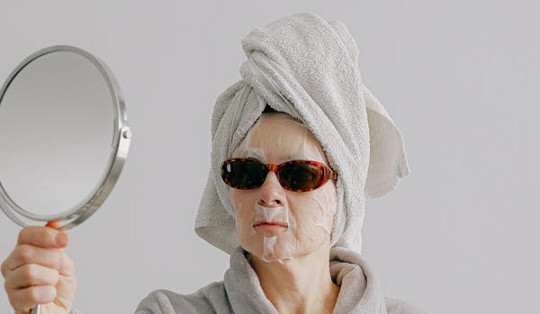 As you sit here reading this article, your cells are working away in your body performing all the diverse biochemical reactions necessary to keep you going. As they chug along, they accrue mutations, weather environmental toxins, and try their best to absorb nutrients from a less-than-perfect diet.

With the passage of time, our cells begin to weaken. Our once-ready biological soldiers, workers, and protectors are no longer what they used to be. We are aging… constantly. This universally accepted fact is now considered more of a temporary obstacle by some optimistic researchers due to recent discoveries that have the longevity field buzzing with talk of immortality.

Why the sudden shift, you may ask? Well, in truth, the search for immortality is no new fad. Quests for the fountain of youth and elixirs for everlasting life have existed since the dawn of humanity itself. However, recent experiments in the longevity field have brought forth interesting new observations that leave us wondering whether aging really is inevitable, or if it is just another disease with a cure awaiting our discovery.

In the sections below, I will discuss three key experiments from the last two decades that have majorly advanced the field of longevity and health-span research. These studies make clear that if such a path to immortality does exist, it doesn’t lie in some hidden fountain or magical potion, but rather in understanding the hidden world within our own cells and tissues.

A hallmark of youth is the ability of the body’s progenitor cells to replace old or damaged cells with new ones. As we age, this ability fades and we are no longer able to replenish our tissues with new cells with the same efficiency. This leads to problems such as muscle atrophy and declines in organ function. In 2005, Stanford researcher Dr. Thomas Rando and colleagues published a paper investigating the effects of age on the ability of satellite cells, a type of muscle progenitor cell, to proliferate and regenerate. (Conboy et al., 2005). Previous studies conducted by this lab showed that the aged satellite cells’ declining capacity to generate new cells (aka, “regenerative potential”) was not due to internal changes within the cell, but rather a lack of external regeneration-activating cues from the environment (Conboy et al., 2003). In other words, there wasn’t something wrong with the cell itself, but rather its environment, that caused it to stop regenerating.

While the parabiosis studies were an exciting step forward, their implications were limited to tissues more accessible to the circulatory system. The central nervous system (CNS), on the other hand, is not so easily accessible. The CNS is protected by the blood-brain barrier, a system of tightly joined epithelial cells that protects our nervous system from potentially harmful bacteria and viruses circulating in our blood. As the cells in our CNS age, we become more at risk for developing neurodegenerative diseases such as Alzheimer’s and Parkinson’s Disease. Therefore, finding a way to rejuvenate the cells of the CNS is also extremely important for health-span and longevity.

To address this concern, Stanford researchers Dr. Tal Iram and Dr. Tony Wyss-Coray investigated whether replenishing cellular environment could have similar anti-aging effects in the CNS as seen in other tissues. Instead of linking the circulatory systems of old and young mice (allowing for an exchange of blood and plasma), they performed a CSF transfusion—a procedure that exchanged the cerebral spinal fluid (CSF) of old mice with that of young mice.

In their study, Dr. Wyss-Coray and Dr. Iram showed that infusing young CSF (from both mice and humans) into the ventricular system of old mice improved key functions in CNS cells of the aged animals. Specifically, the CSF transfusion increased proliferation and differentiation of oligodendrocyte progenitor cell (OPC) populations. OPCs are cells that give rise to mature Oligodendrocytes, a type of glial cell in the brain responsible for wrapping our neurons in a fatty conductive substance called myelin that helps with neuronal communication.

As we age, the volume of white matter (the tissue in our brains composed of myelinated neurons) decreases, negatively impacting cognitive function. Therefore, one implication of Dr. Wyss-Coray and Dr. Iram’s results is that restoration of OPCs could counteract white matter loss and inhibit cognitive decline as we age. Interestingly, another study out of the Wyss-Coray lab in 2014 did show positive impacts on cognitive function and synaptic plasticity in older mice after undergoing parabiosis surgery (Villeda et al., 2014).

These parabiosis and CSF transfusion studies were foundational in establishing the importance of a cell’s environment to its function and biological aging, but they did not answer the next important question: If we know something is wrong with the environment, what specifically is wrong with it? Answering this question would enable us to develop therapies to change the environment of our cells allowing them to revert back to their more youthful selves.

The Wyss-Coray and Rando studies showed us what is happening outside of our cells matters—but what about what’s going on inside? If we were to dive into our cells past the plasma membrane, past the cytosol, and into the nucleus—the command center of the cell—we would find our DNA. DNA can be thought of as the collection of instructions our cells use to function. Additionally, our DNA has what is called an epigenome, a pattern of markings that sits on top of our genes and regulates where and when they will be expressed in the cell. As we age, epigenetic patterns such as DNA methylation affect gene expression. In some cases, accumulating or losing certain patterns of DNA methylation can cause longevity associated genes to be suppressed (Salas-Pérez et al., 2019). This impairs cell function and ultimately makes us look, feel, and act older. In 2011, Dr. Steve Horvath, a human genetics and biostatistics researcher at UCLA, characterized the correlation between DNA methylation patterns and aging, creating a new biochemical benchmark for cellular health that researchers now refer to as the epigenetic clock (Blocklandt et al., 2011; Horvath, 2013).

As soon as word got out about Horvath’s epigenetic clock, scientists started eagerly exploring the possibility of reversing epigenetic patterns to turn back the clock (Rando & Chang, 2012). Studies reported that maintaining healthy personal lifestyle choices such as exercising and eating a good diet can help cells maintain epigenetic patterns that more closely resemble those found in younger cells, but these changes could only turn back the clock so far (Quach et al., 2017). Researchers are now looking for other means to edit the epigenome. With new tools at our disposal, such as CRISPR, it is possible for us to go in and manually alter the epigenetic patterns on our DNA. Much work is currently being done on this front (i.e., Lau and Suh et al., 2017), but it is important to note that we still don’t know the extent to which the epigenome directly contributes to the process of aging and whether editing it will have the intended anti-aging effect.

These studies show that we are well on our way to unlocking the scientific secrets of prolonged life. It has been said that the first person to live until 150 has already been born!

Given recent advances, it is hard to imagine that we wouldn’t be able to extend human life beyond its current limit. But, whether aging is simply another disease awaiting a cure is a matter up for debate. Only time will tell if science can outwit mortality.

While some believe we shouldn’t enter into this game of wits at all, one thing is certain: curiosity is an integral part of our humanity and as long as we live, our curiosity will always drive us to search for answers to this enduring question.

Only time will tell if science can outwit mortality

Arielle Hogan received a B.S. in Biology and a B.A. in French from the University of Virginia. She is now pursuing a Ph.D. in Neuroscience in the NSIDP program at UCLA. Her research focuses on CNS injury and neural repair. Specifically, she is researching the differential intrinsic transcriptional programs that allow for PNS regeneration and investigating how these transcriptional programs can be induced in models of CNS injury to promote regeneration. She also enjoys learning about biomechatronics and brain-machine interface (BMI), as well as participating in science outreach and teaching. Outside of the lab, she spends time practicing her French, playing basketball, watching movies (even the bad ones), and traveling. For more information about Arielle Hogan, please visit her full profile. by izf/Shutterstock Jack McNamara
One of the most well-studied benefits of walking backwards is improving stability and balance.…