Find Out If You Will You Feel Better After Surgery 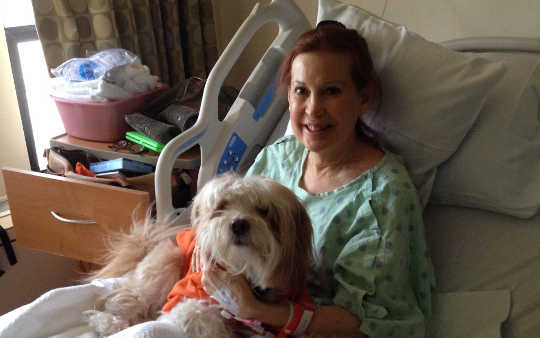 The financial crisis facing the NHS is starting to bite. Demand for NHS care is rising but funding per person is falling. This means that Clinical Commissioning Groups (CCGs) – which are responsible for planning healthcare services for their local area – are receiving less money to pay for NHS care on behalf of their local populations. In order to balance the books, CCGs are tightening their rules about who can receive treatment.

In January, West Kent CCG said it would delay non-urgent operations until after April, hoping to save £3.2m. A few days earlier, three CCGs in the West Midlands announced they would start restricting hip or knee replacements only to patients in the most severe pain. The CCGs hope to reduce these operations by 350 a year, down from around 2000 in 2016. Similar action was taken in November by the Vale of York CCG.

These are just the first of many such decisions yet to come. Lacking funds, CCGs seem to have no choice but to ration NHS care. But is this the only option?

I wish I’d never had my operation

Most people who have surgery soon recover and feel much better afterwards. But not everyone. Some patients regret having surgery or take much longer to recover than they expected. If they’d known beforehand, perhaps they wouldn’t have had surgery in the first place. But how can they get this insight?

Traditionally, patients have relied on their doctors to advise them about how much better they will feel after surgery. But doctors don’t really know. This is because, until recently, the NHS has never asked patients about whether or not they feel better after they have had their operation.

This started to change in 2009, when England introduced the national Patient-Reported Outcome Measures, or PROMs programme. Since then all patients having hip replacement, knee replacement or groin hernia repair have been asked to fill in a health questionnaire before they have surgery and once again some months afterwards. By March 2015, nearly 800,000 patients had replied. By comparing each patient’s answers, we can find out how much better they felt after surgery.

This information is also valuable for anyone planning to have one of these operations. People thinking about having hip or knee replacement will want to know that they’ll feel better, if they’ll be able to walk without problems, get the shopping done and be free of pain. Now they can find out.

How will I feel after surgery?

At the University of York’s Centre for Health Economics, we have developed a webtool based on the answers to the health questionnaires completed by patients. The webtool summarises how different patients felt after surgery, taking account of how they felt before surgery, how long they’d had health problems, and their age and gender.

Anyone thinking about having surgery can fill in the same simple health questionnaire. The webtool then matches these answers to similar patients who’ve had surgery before and summarises their experiences, showing how many felt better, worse or no different after surgery. The webtool also shows how many of these patients felt better in terms of walking about; pain; anxiety and depression; ability to wash and dress; and ability to carry out their usual activities.

It is also designed to be user-friendly and easily understandable. It only takes a moment to fill in and can be used during doctor visits or by patients and their families at home. It can be accessed from anywhere, so if you (or one of your friends or family members) are thinking of having hip, knee or hernia surgery, you can find out how you are likely to feel afterwards, based on what other people like you have said.

Our webtool ensures that this information can be tailored to the particular characteristics of each person. Until now, such specific information has never been available to people thinking about having surgery. Doctors have been able to offer only vague guidance to patients about how people generally feel after surgery. Similarly, the NHS choices website says only that “most people experience a significant reduction in pain and some improvement in their range of movement” following hip replacement. But people want to know what will happen to them, not to “most people”.

It is now possible to provide this information because so many past patients have shared their experience of surgery. This means that people in England can now make more informed decisions about whether or not to have an operation.

Most people are likely to go ahead with the operation, the past experience of similar patients providing reassurance that they will feel better afterwards. But some people may decide their prospects of recovery are not worth the risk, and decide against having surgery. Allowing people to make this decision themselves is better than denying care to some people simply because Clinical Commissioning Groups have imposed a set of rationing rules on their local populations. by James Rawlings
While your chance of getting struck by lightning is low, it’s important to know how to stay safe… by Jill Rosen
We were very surprised that posture had such an immense effect on the dissolution rate of a pill,