Why Emotional Abuse In Childhood May Lead To Migraines In Adulthood 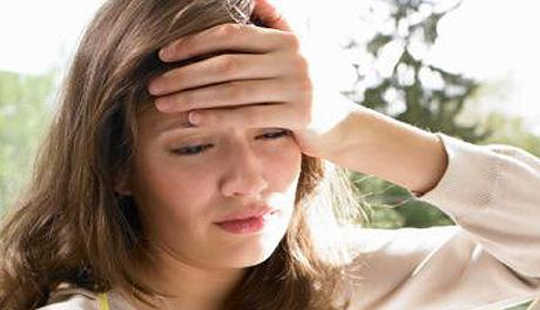 Child abuse and neglect are, sadly, more common than you might think. According to a 2011 study in JAMA Pediatrics, more than five million U.S. children experienced confirmed cases of maltreatment between 2004 and 2011. The effects of abuse can linger beyond childhood – and migraine headaches might be one of them.

What is emotional abuse?

The Centers for Disease Control and Prevention defines childhood maltreatment as:

Any act or series of acts of commission or omission by a parent or other caregiver that results in harm, potential for harm, or threat of harm to a child.

Data suggest that up to 12.5 percent of U.S. children will experience maltreatment by their 18th birthday. However, studies using self-reported data suggest that as many as 25-45 percent adults in the U.S. report experiencing emotional, physical or sexual abuse as a child.

The discrepancy may be because so many cases of childhood abuse, particularly cases of emotional or psychological abuse, are unreported. This specific type of abuse may occur within a family over the course of years without recognition or detection.

The link between emotional abuse and migraines

Migraine is a type of chronic, recurrent moderate to severe headache affecting about 12-17 percent of the people in the U.S. Headaches, including migraine, are the fifth leading cause of emergency department visits and the sixth highest cause of years lost due to disability. Headaches are about three times more common in women than men.

While all forms of childhood maltreatment have been shown to be linked to migraines, the strongest and most significant link is with emotional abuse. Two studies using nationally representative samples of older Americans (the mean ages were 50 and 56 years old, respectively) have found a link.

Why would emotional abuse in childhood lead to migraines in adulthood?

The fact that the risk goes up in response to increased exposure is what indicates that abuse may cause biological changes that can lead to migraine later in life. While the exact mechanism between migraine and childhood maltreatment is not yet established, research has deepened our understanding of what might be going on in the body and brain.

Adverse childhood experiences are known to upset the regulation of what is called the hypothalamic-pituitary-adrenal (HPA) axis, which controls the release of stress hormones. In plain English, that means experiencing an adverse event in childhood can disrupt the body’s response to stress. Stress isn’t just an emotion – it’s also a physical response than can have consequences for the body.

Prolonged elevation of these stress hormones can alter both the structure and function of the brain’s limbic system, which is the seat of emotion, behavior, motivation and memory. MRIs have found alterations in structures and connections within the limbic system both in people with a history of childhood maltreatment and people diagnosed with migraine. Stressful experiences also disrupt the immune, metabolic and autonomic nervous systems.

Both childhood abuse and migraine have been associated with elevation of c-reactive protein, a measurable substance in the blood (also known as a biomarker), which indicates the degree of inflammation. This biomarker is a well-established predictor of cardiovascular disease and stroke.

Migraine is considered to be a hereditary condition. But, except in a small minority of cases, the genes responsible have not been identified. However, stress early in life induces alterations in gene expression without altering the DNA sequence. These are called epigenetic changes, and they are long-lasting and may even be passed on to offspring. The role of epigenetics in migraine is in the early stages of investigation.

What does this mean for doctors treating migraine patients?

Childhood maltreatment probably contributes to only a small portion of the number of people with migraine. But because research indicates that there is a strong link between the two, clinicians may want to bear that in mind when evaluating patients.

Treatments such as cognitive behavioral therapy, which alter the neurophysiological response to stress, have been shown to be effective treatments for migraine and also for the psychological effects of abuse. Therefore CBT may be particularly suited to persons with both.

Anti-epileptic drugs such as valproate and topiramate are FDA-approved for migraine treatment. These drugs are also both known to reverse stress-induced epigenetic changes.

Other therapies that decrease inflammation are currently under investigation for migraine.

Migraineurs with history of childhood abuse are also at higher risk for psychiatric conditions like depression and anxiety, as well as for medical disorders like fibromyalgia and irritable bowel syndrome. This may affect the treatment strategy a clinician uses.

Within a migraine clinic population, clinicians should pay special attention to those who have been subjected to maltreatment in childhood, as they are at increased risk of being victims of domestic abuse and intimate partner violence as adults.

That’s why clinicians should screen migraine patients, and particularly women, for current abuse.

Gretchen Tietjen, Professor and Chair of Neurology, University of Toledo 8 Changes Needed To Reduce the Future Impact of Covid

by Christina Pagel, UCL
More and more people have been asking for a return to normal, and with omicron waning, governments… How Will People Behave When Self-isolation Isn’t Mandatory?

by Simon Nicholas Williams, Swansea University
Our everyday behaviours have been subject to a number of rules and regulations. Removing… How Can I Be Sure If My Child Has Outgrown Their Food Allergy?

by Paxton Loke, Murdoch Children's Research Institute
Some children grow out of their food allergies, but researchers don’t exactly know why. Here’s how…